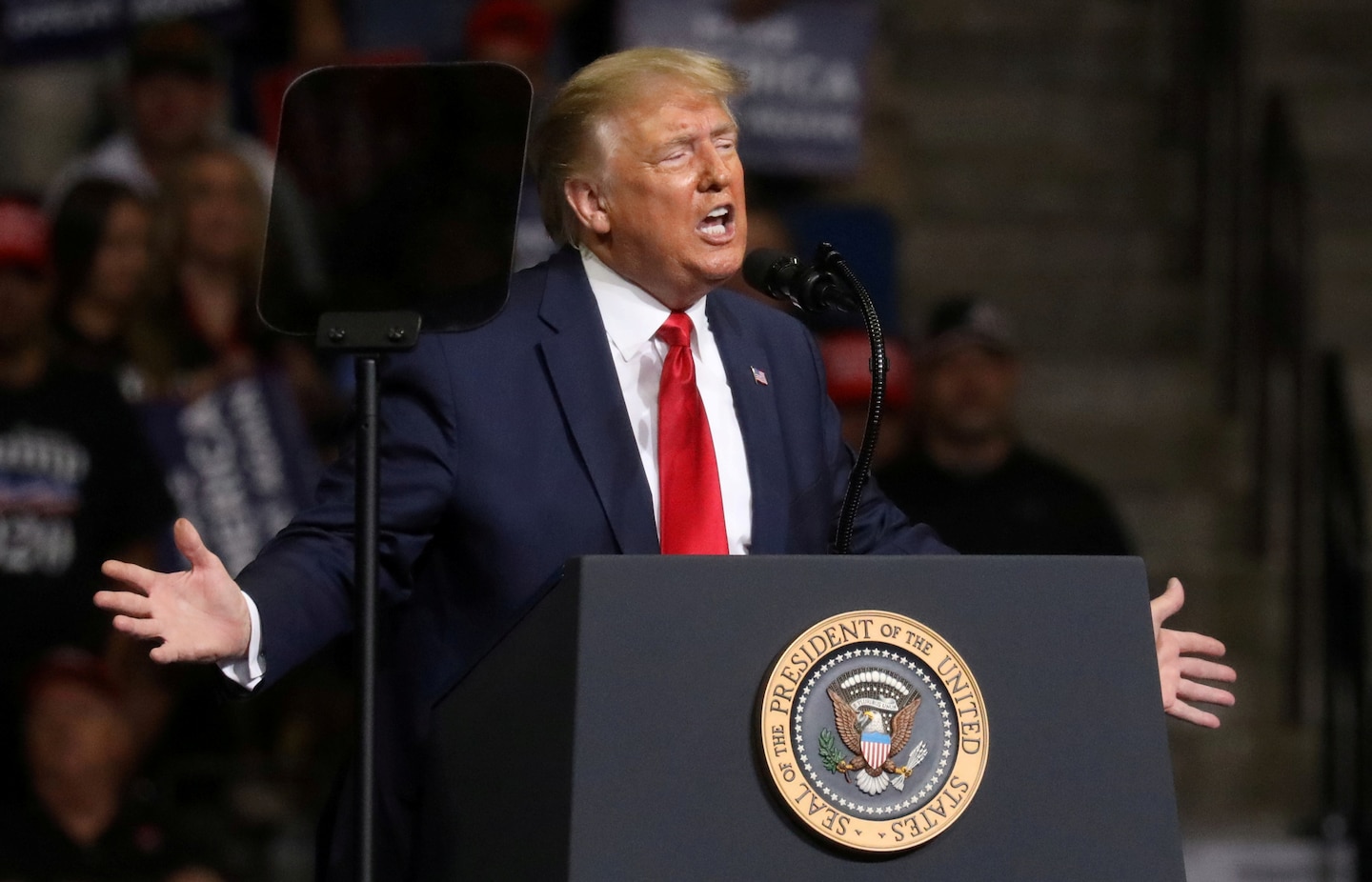 Trump came under criticism for holding a rally in Tulsa last month during the coronavirus pandemic, with critics arguing that the event could have helped spread the virus in the state.

Forecasts from the National Weather Service did not indicate a “big storm” in coastal New Hampshire. Tropical Storm Fay was forecast to sweep through the New York’s Hudson Valley and upstate region into Canada by Saturday afternoon, weakening to a depression.

The weather system was predicted to bring periodic showers to Portsmouth on Friday night and Saturday, with the chance of rain falling to less than 40 percent by 5 p.m. Saturday and below 20 percent by 8 p.m. Winds were forecast to reach 10 to 15 mph Saturday.

The rally was scheduled to be held in a hangar at Portsmouth International Airport. Trump’s rally last month in Tulsa was held in an indoor arena.

In a statement, Trump campaign spokesman Tim Murtaugh said the rally was being postponed “for safety reasons because of Tropical Storm Fay.”

Trump echoed that reasoning in a tweet sent shortly afterward, writing: “Stay safe, we will be there soon!”

The president sounded enthusiastic about the rally just hours before it was postponed.

The Trump campaign had said it would take several precautions at the rally in response to the ongoing coronavirus pandemic, including providing ample hand sanitizer and encouraging the use of face coverings.

Earlier this week, New Hampshire Gov. Chris Sununu (R) said he thought the rally could be pulled off safely but that he did not plan to attend.

“I’m going to go and greet the president as the governor,” he said. “I will not be in the crowd of thousands of people. I’m not going to put myself in the middle of a crowd of thousands of people, if that’s your question specifically. I try to — unfortunately, you know, I have to be extra cautious as the governor. I try to be extra cautious for myself, my family.”

Other officials had been critical of the Trump campaign for planning to stage a rally that could spread the virus in one of a few states in the country where cases have been declining.

A top local health official in Tulsa County, the site of Trump’s rally last month, said that event as well as other large gatherings, including protests of racial inequities, “more than likely” contributed to a recent spike in cases there.

“The past two days we’ve had almost 500 cases, and we know we had several large events a little over two weeks ago, which is about right,” Tulsa Health Department Executive Director Bruce Dart said during a news conference Wednesday. “So I guess we just connect the dots.”

Allyson Chiu contributed to this report.