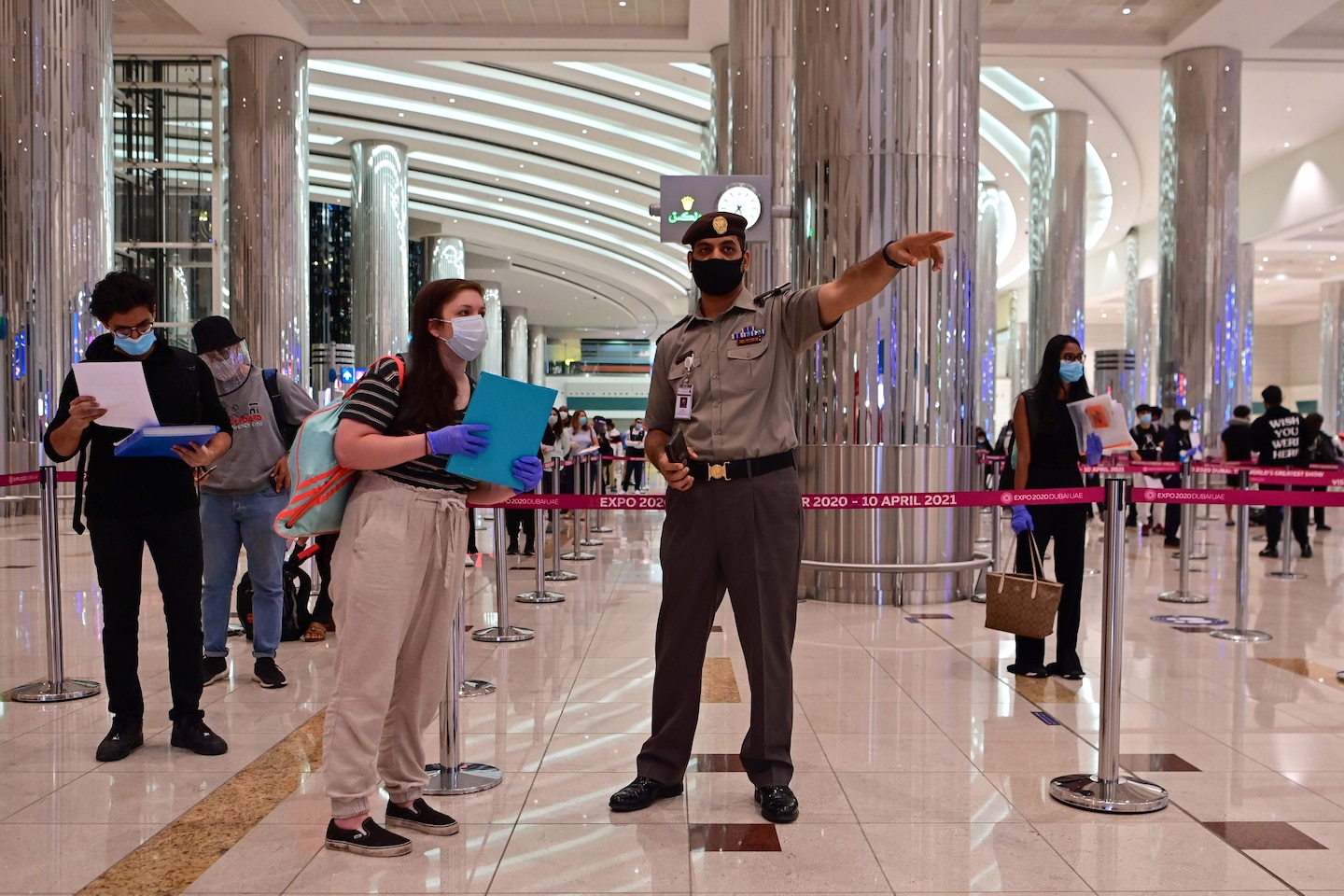 Inside the skin of this close U.S. ally, a federation of emirates formed in 1971, are two markedly different powerhouses. The coronavirus pandemic has thrown those contrasts into stark relief.

Abu Dhabi, with huge oil reserves and hydrocarbon industries, has been relatively insulated from this global crisis, while Dubai, which depends on international travel, trade, real estate and especially tourism, has been devastated by a disease that makes people stay home.

“Dubai is like the ultimate place for handshakes and hugs and back slaps — Dubai is all-out physical interaction,” said Jim Krane, an expert on the region at Rice University’s Baker Institute and author of “City of Gold: Dubai and the Dream of Capitalism.”

“Dubai just falls apart if you have to shut down travel and social distance and Abu Dhabi is almost unaffected,” he said.

The pandemic, many Middle East observers predict, will further solidify Abu Dhabi’s power in the federation, which was once largely governed by negotiations among the ruling families and often saw Dubai trying to chart its own course. Dubai initially split off from Abu Dhabi in 1833, and the pair fought a border war in 1947 when the British still held sway over what was then known as the Trucial States.

“It’s been there since day one — over the past 170 years of our history, it was Dubai versus Abu Dhabi,” said Abdulkhaleq Abdulla, a Dubai-based Emirati political scientist.

Dubai has gained worldwide attention with its high-end hotels, wild skyscrapers, global branding and the world’s busiest airport for international travel. Its wings, however, were clipped a bit when the global economic crisis of 2008 required a $20 billion bailout authorized by its richer neighbor. Dubai’s tallest building, the Burj Khalifa, which is also the tallest in the world, was named after Abu Dhabi’s ruler.

Since then, Dubai has been more careful to follow Abu Dhabi’s lead and curtail its lucrative trade relations with countries of which the capital doesn’t approve, such as Iran and Qatar.

“Essentially, Dubai and Abu Dhabi have completely different political economies where Abu Dhabi, of course, has the bulk of the UAE’s sovereign wealth fund and it’s well positioned for the medium and long haul,” said Christopher Davidson, an expert on gulf affairs from Britain’s Durham University. “They are like two political economies side by side, but increasingly in the last decade or more, one has been a much stronger partner than the other.”

Dubai’s need to get back to work — tourism contributes 11.5 percent of its economy — meant that it tackled the coronavirus with a greater sense of urgency than its neighbors.

First, it shut down two densely populated neighborhoods in the old part of town before extending a three-week, 24-hour lockdown to the rest of the city in April — a course not followed by any other emirate. Malls, beaches, restaurants and public amusements were also closed down earlier.

But since the end of May, Dubai has rapidly opened up and lifted strictures ahead of its neighbors in an apparent message that here, at least, the virus has been contained — and tourists can return. Masks are still mandatory in public; bars and nightclubs (but not restaurants) remain closed, and social distancing rules are enforced in public places.

“We have taken very strict precautionary measures across all tourism touch points and around tourist arrivals,” the Dubai tourism authority said in a statement. “Just as with other federal governments, individual emirates are able to take their own precautions and decisions on how to open up.”

The number of new infections in the UAE continues to rise. The total now reaches more than 53,000 cases and 328 deaths. As in other Persian Gulf countries, there have been outbreaks among the large population of migrant workers, who often live in close quarters, and several of these neighborhoods have been targeted in testing and disinfection campaigns.

The government has not revealed where infections are occurring. Dubai announced last week that the last patient had left its 3,000-bed field hospital set up at the World Trade Center in April.

The National Emergency Crisis and Disaster Management Authority did not respond to requests for comment on the country’s coronavirus policies.

“We appear in the top one to five destinations people are looking for in most of our source markets,” he said in a video statement issued to media outlets. “We are very sure that tourism in Dubai is going to overcome this very quickly. Around the world people are already looking for their next booking and what we’ve already seen is Dubai remains on top of their list.”

Some of the city’s top hotels said they had received a few reservations by foreigners for July. But with the pandemic still making international travel uncertain, reservation managers said most people were asking about August and September.

While Abu Dhabi has been affected by a sharp drop in global oil prices, it has been partly insulated by a sovereign wealth fund worth nearly $1 trillion. It has essentially sealed itself off from the rest of the country since the beginning of June, requiring until recently a permit to enter. To get into Abu Dhabi now, UAE citizens and residents must present a coronavirus test result less than 48 hours old.

The different emirates have issued competing guidelines on which countries may be visited and whether quarantine would be required upon return.

Abdulla said the differences were to be expected in such a federation, where each part has its own way of doing things according to its priorities, even as they work together for the country’s prosperity.