The trouble with making Hagia Sophia a mosque again 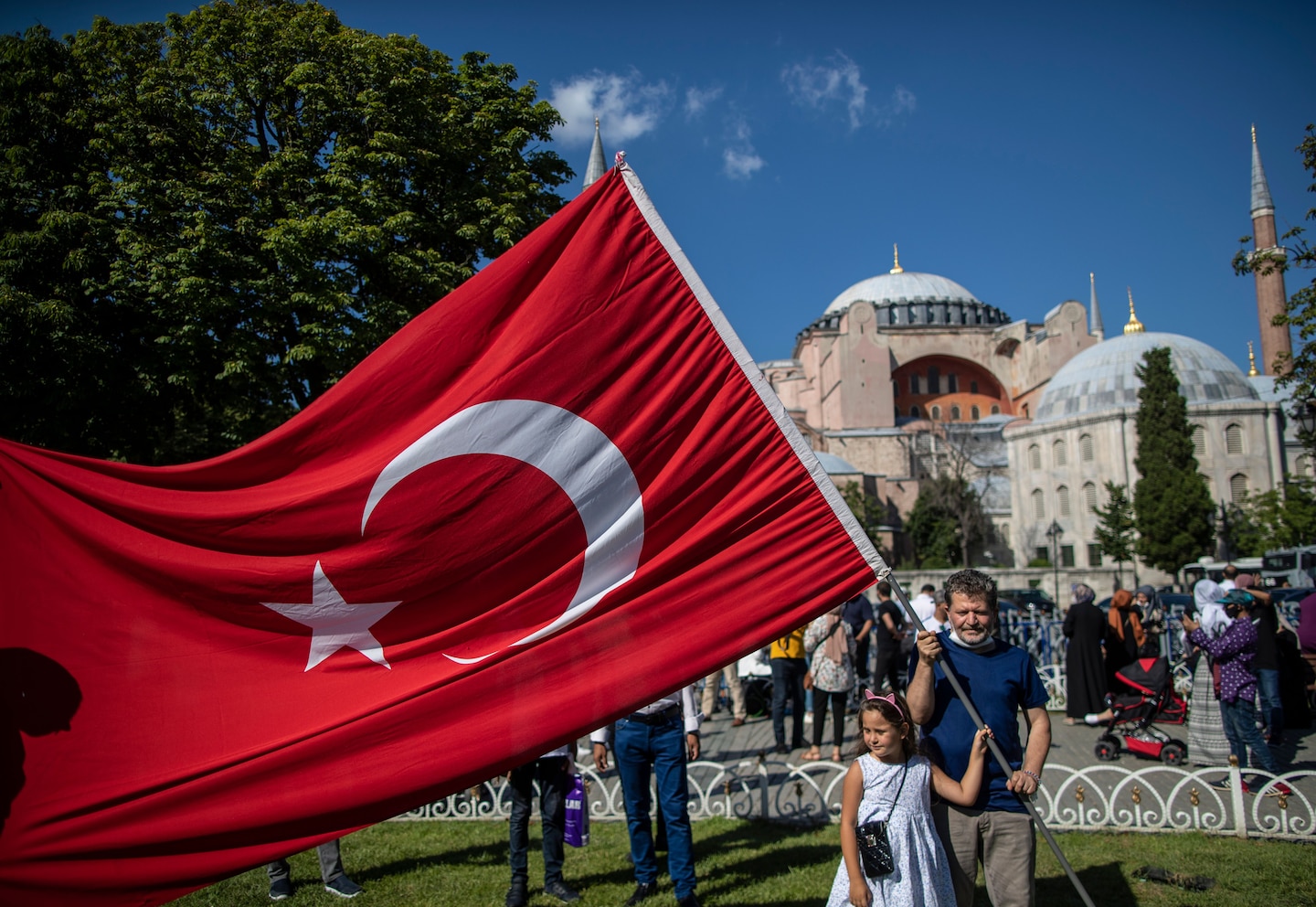 There were clear reasons to avoid the temptation. Hagia Sophia, built by the Emperor Justinian I in 537, was once the largest and grandest church in all of Christendom and remains at the spiritual heart of Orthodox Christianity. “It was converted into a mosque in 1453, when the Ottomans conquered Istanbul, with minarets placed around its perimeter, its Byzantine mosaics covered in whitewash,” wrote my colleague Kareem Fahim. But in its shadow, there existed large and prominent Greek and Christian communities throughout what is now Turkey.

In the bloody chaos that followed the Ottoman Empire’s collapse, many of those communities disappeared. At the same time, the modern Turkish republic sought to move beyond its Ottoman cultural moorings. A 1934 decree by Turkey’s secularist modern founder, Mustafa Kemal Ataturk, made Hagia Sophia into a museum that commemorated the depth of its history, which predates the advent of Islam. It became a monument to a universal legacy that transcends religion and underscored Istanbul’s place at the heart of different cultures and faiths. In the past decade, less famous former churches in other parts of Turkey — some also named Hagia Sophia — have resumed services as mosques, but Erdogan and his allies still shied away from claiming their greatest prize.

A global backlash nevertheless came. Russia’s Patriarch Kirill branded the move a “threat to the whole of Christian civilization.” On Sunday, Pope Francis declared that he was “thinking of St. Sophia” and was “deeply pained.” UNESCO, the United Nations’ cultural agency, released a statement warning Turkish authorities against “taking any decision that might impact the universal value of the site.” Governments from neighboring Greece to the Trump administration to the Kremlin issued notes of concern and protest.

Some critics lamented what they saw as a blow to Turkish secularism. “To convert it back to a mosque is to say to the rest of the world unfortunately we are not secular anymore,” Nobel Prize-winning novelist Orhan Pamuk told the BBC on Friday. “There are millions of secular Turks like me who are crying against this but their voices are not heard.”

Political rivals harped on the timing of the act, as Erdogan reckons with a tanking economy that has been further ravaged during the coronavirus pandemic. “This is a world legacy, a magnificent work,” Ekrem Imamoglu, the mayor of Istanbul and a member of Turkey’s largest opposition party, said in an interview last month before Friday’s announcement. “What is the need to open this debate now, when 97 percent of tourism has frozen, while hotels are closed, while tourism has plummeted and hundreds of thousands of people have become unemployed?”

Erdogan has shrugged off complaints, framing the decision as an exercise of Turkish sovereignty. The country’s opposition parties haven’t made too much of a fuss. “Turkey is a country where religion and nationalism intersect, so that many of the staunchly anti-Erdogan camp would back the principle of Turkish sovereignty over the monument,” observed Louis Fishman, a professor at Brooklyn College. “Upholding that prerogative absolutely would trump the debate of whether Hagia Sophia should be a museum or a mosque.”

Hagia Sophia is hardly the first historic religious site to fall afoul of modern politics. India still bears the scars of the 1992 religious riots that followed a mob’s demolition of a mosque that some Hindus believed was built atop the birthplace of a major deity. The conflict over the site has long been weaponized by the country’s current Hindu nationalist rulers. For Erdogan, changing Hagia Sophia’s status appears to be a move to appeal to his base and assert his political brand — a strident nationalism inflected by his religiosity that anchors itself in a decades-old ideological struggle with more secular Turks.

“As a museum, the Hagia Sophia symbolized the idea of there being common artistic and cultural values that transcended religion to unite humanity,” Turkey scholar Nicholas Danforth told Al-Monitor. “Its conversion into a mosque is an all too appropriate symbol for the rise of right-wing nationalism and religious chauvinism around the world today.”

Turkey’s Christian population, meanwhile, is a bystander to a debate that ultimately ignores the challenges facing a shrunken community. “It is not about us, neither the agendas to convert it to a mosque nor loud reactions against it in Turkey or abroad,” Ziya Meral, director of the Centre for Historical Analysis and Conflict Research in Britain and a Turkish Christian, told Today’s WorldView. “If it was, the focus would have been on how we can protect the future of some 100,000 or so Christians left in the country, and the tragedy we mourn would have been why so many of our churches are empty and why in a few decades Anatolia’s rich Christian heritage will not have much by way of living cultures and communities.”