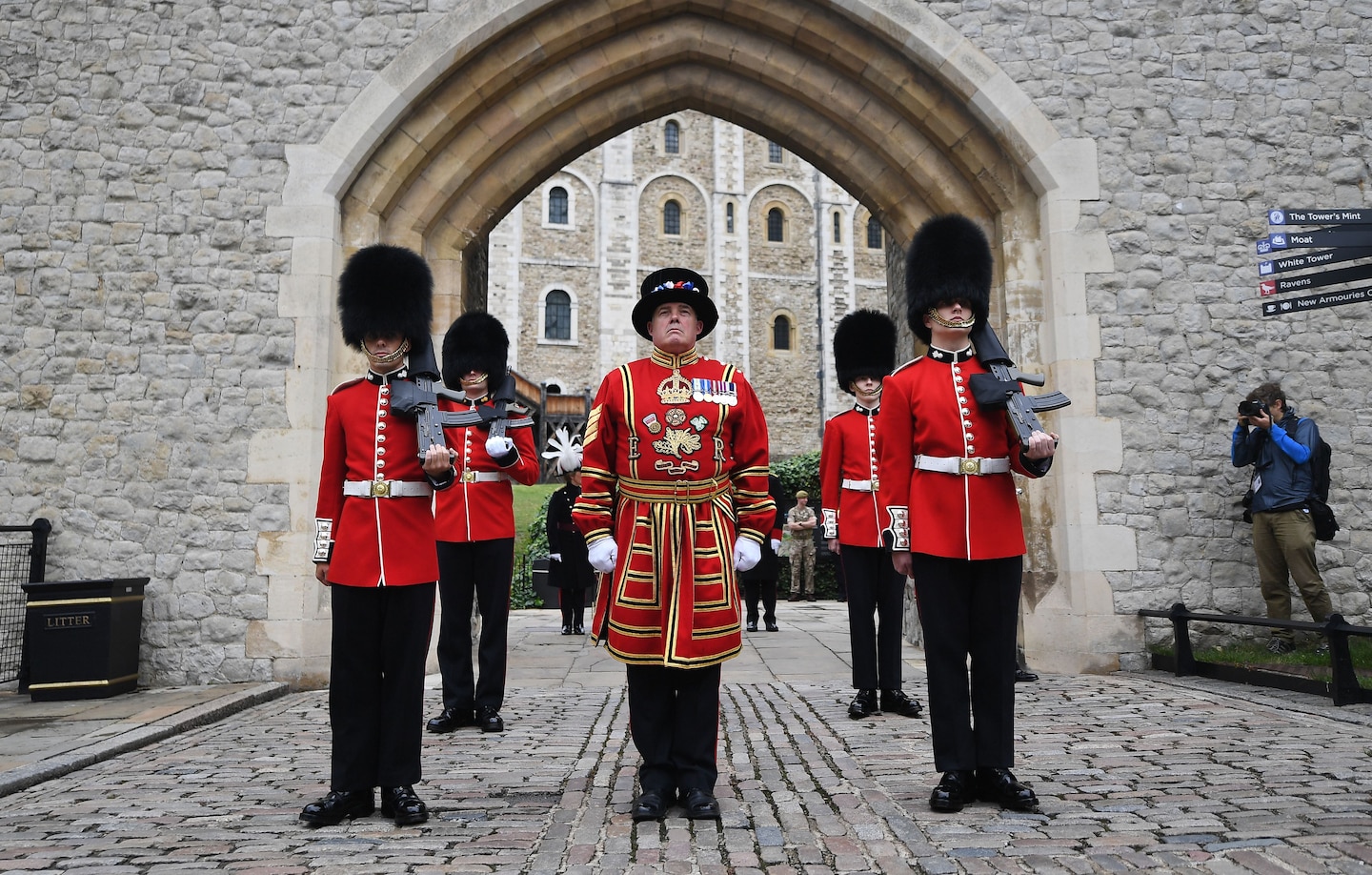 Founded by Henry VII in 1485, the Yeomen Warders, as they are formally known, clad in flamboyant ruby and gold or navy blue uniforms, were the traditional guards of prisoners and the Crown Jewels, a collection of more than 23,000 gleaming gemstones and key items connected to the British monarchy — including emerald-encrusted crowns, coronation robes and medals.

Today, their role is ceremonial, focused on welcoming tourists and sharing historical knowledge during group tours of the attraction. For thousands of visitors to London, no sightseeing trip is complete without a photograph with one of the guards.

But after more than 500 years, the future of the Beefeaters looks uncertain.

A Beefeater who spoke on the condition of anonymity because of fear of backlash in the workplace said that the corps had spent years serving the public and protecting the tower only to be asked to take voluntary redundancies during an uncertain time.

The guard said the treatment of the group had been “nothing short of disgusting” and that there was “no clear timeline” in place regarding future redundancies, meaning that anxious staff would probably have to find new schools and family homes.

John Barnes, the chief executive of Historic Royal Palaces, said the charity was “heartbroken,” but had “no choice but to reduce payroll costs” amid the financial blow dealt by the global health crisis.

“Historic Royal Palaces is a self-funded charity. We depend on visitors for 80 percent of our income,” Barnes said, adding that the closure of the tower and other sites such as Kensington Palace had “dealt a devastating blow” to funds needed to keep the attractions running.

Barnes said that the 16-week closure had resulted in a shortfall of some $123 million.

“These proposed cuts are a dreadful illustration of the way London’s monuments and historic buildings, museums and galleries are affected by the pandemic,” Richard Fitzwilliams, a commentator on royal affairs, said in an email Monday.

The corps of 37 Beefeaters, including at least two women, work at the tower and live on site with their families. The guards pay rent and other bills and even have access to their own private pub known as the Yeoman Warders Club, where they take turns working at the bar. To join, an applicant must have served in the military for at least 22 years.

For many of the guards, the role, more than just a job, is a cherished lifestyle of which they are fiercely proud.

Historic Royal Palaces confirmed to The Washington Post that a voluntary redundancy plan was in place and that staff had been told compulsory redundancies were likely to follow.

Britain was hit particularly hard by the pandemic and has the worst confirmed death toll in Europe. With more than 45,000 lives lost to the coronavirus, it is the third worst off country in the world by that metric, behind Brazil and the United States. England continues to emerge from its nationwide lockdown, which critics say came into force too late in the crisis.

The tower, which reopened to the public on July 10, is Britain’s most-visited paid attraction, with around 3 million people entering the landmark each year, the vast majority of whom come from overseas.

News of the cuts circulated widely on social media on Monday, with some calling for the jobs of the guards, a major tourist attraction, to be saved. “The Beefeaters at the Tower of London are an iconic part of British culture and history — their jobs must be protected at all costs,” wrote one user.

In 2018, Beefeaters went on strike for the first time in 55 years during a dispute over their pensions.