D.C. United, already out of the MLS tournament, looks to improve in uncertain season 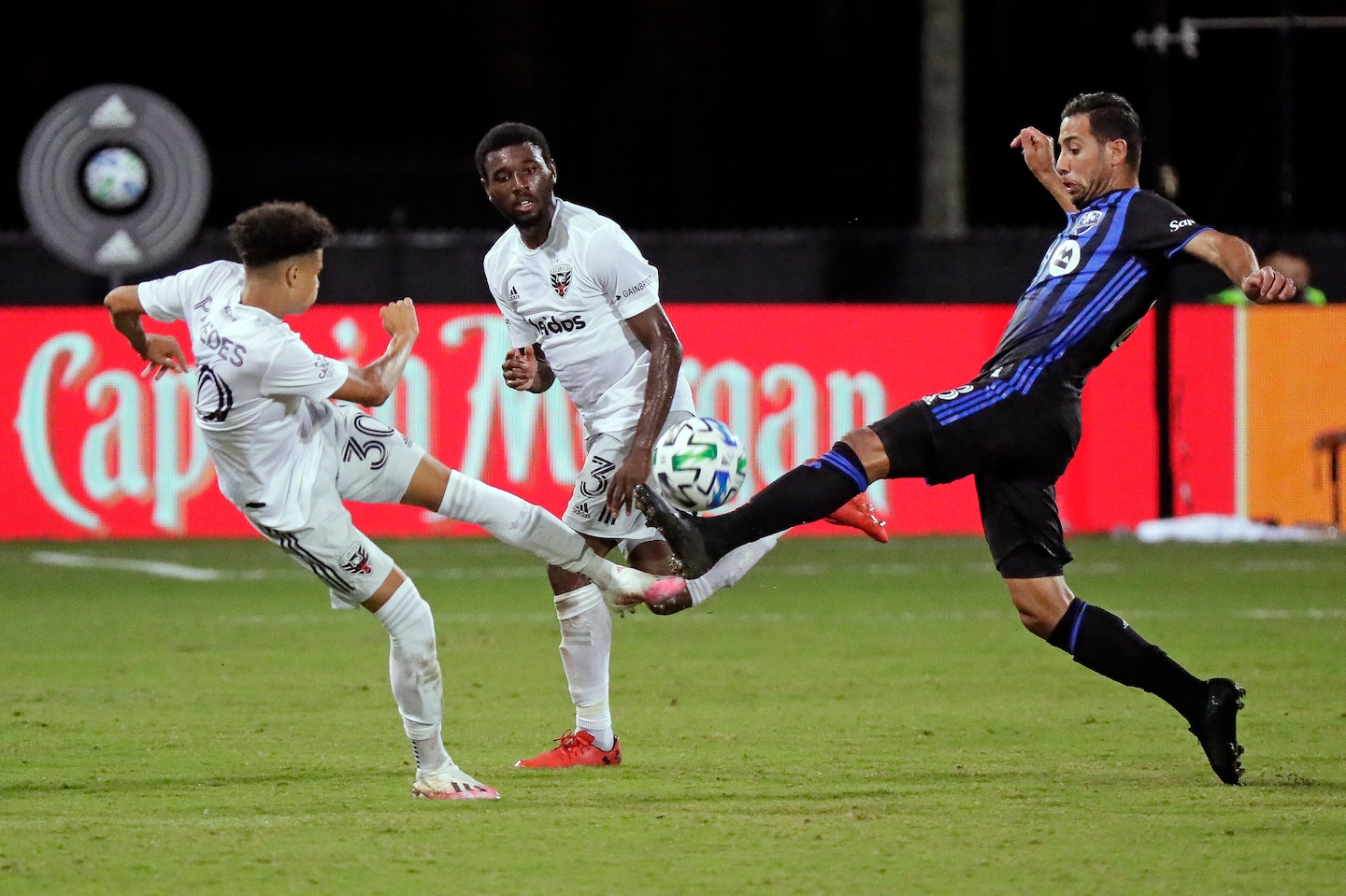 A two-goal victory would have vaulted United into first place. A draw would have kept it in contention for a round-of-16 berth.

Instead, United fell behind for the third consecutive match and never recovered. Its best player was Kevin Paredes, who just turned 17. Its reliance on Federico Higuaín, a 35-year-old substitute, illustrated the shortcomings of the starters.

United never led in the tournament and needed two Higuaín-aided comebacks to salvage draws in the first two matches.

The league is aiming to resume the regular season late this summer or fall and schedule at least 18 additional matches per team, probably in a conference-only format. However, if the health crisis ends the MLS campaign after the Florida tournament, United supporters will be left with bad memories — or night terrors — after an empty three weeks and a lost year.

The delegation was scheduled to fly home Wednesday, then take a few days off.

“Probably back to work Monday and get better,” Coach Ben Olsen said. “And look to not only get better on the field but get better outside the field in the transfer window and bolster this group. I still think we are short a piece or two.”

The transfer window, which allows trades and international signings, will run from Aug. 12 to Oct. 29. Amid a global economic downturn, United will look for bargains.

It also will seek the availability of players nearing the end of contracts, such as Higuaín’s younger brother, Gonzalo, an expert scorer in Europe’s top leagues for more than a decade. His deal with Italian power Juventus does not expire until next summer, but he could part ways earlier.

United is lacking in multiple areas, most noticeably in quality attacking depth. Ola Kamara, the first-choice striker, missed the second match, against New England, with a quadriceps injury and wasn’t ready to start Tuesday. Neither Erik Sorga, an Estonian import, nor Ulises Segura, a natural midfielder, filled the void.

Edison Flores’s hamstring injury sidelined him Tuesday, leaving Olsen without a true playmaker. At some point, Higuaín could step into that role, but after a 14-month layoff following ACL surgery, he is a 30-minute player for now.

On Tuesday, Olsen turned to Felipe Martins, a defensive midfielder, to fill the middle instead of reassigning wingers Yamil Asad and Julian Gressel. “I think it was the right call,” Olsen said.

Flores and Gressel were United’s big (and expensive) acquisitions at the start of the year. Neither, though, showed much at the tournament.

“We certainly have to get more out of both of them,” Olsen said. “And that’s partly my job, and that’s partly the individual’s job. As our team grows, we will be able to make them excel in those certain areas.”

United’s three goals in the tournament were scored by its oldest players: Higuaín, who had two goals, and center back Frédéric Brillant, who turned 35 last month.

Brillant also cost United a goal Tuesday. A moment after his errant clearance almost resulted in an own goal, the French defender deflected Saphir Taïder’s shot beyond goalkeeper Bill Hamid’s reach. It was accidental but emblematic of United’s missteps.

In United’s defense, the twice-postponed opener against Toronto forced it to play three matches in nine days, a hefty order after four months without competition. Toronto, though, had the same challenge — plus two morning games, which is the worst time to play — and finished with a 1-0-2 record.

Within that tight schedule, D.C.’s body clocks were tested by kickoffs at 9 a.m., 8 p.m. and 10:30 p.m. (MLS did not schedule afternoon matches because of summer weather.)

“There was some good stuff,” Olsen said. “I think we grew throughout the tournament. We got better. It was a lot to ask physically of the guys.”

United, though, never seemed comfortable. The first halves of the first two matches were dreary. Tuesday’s game began with promise: D.C. set the terms and put Montreal on its heels. By midway through the first half, though, the Impact had found its way.

Paredes, a quick and clever attacker from South Riding, entered early in the second half and forced goalkeeper Clement Diop to make a terrific kick save. Later, Olsen sent on another 17-year-old homegrown player, Griffin Yow, from Clifton.

Genuine opportunities were fleeting, however. United applied pressure but not with the intensity that suggested a goal was inevitable.

“We go back home and wait to see what happens with our season,” captain Steven Birnbaum said. “We’re not sure yet; we haven’t heard anything. And then plan accordingly.”