The NFL long has known what it has in Daniel Snyder. The league owns this scandal too. 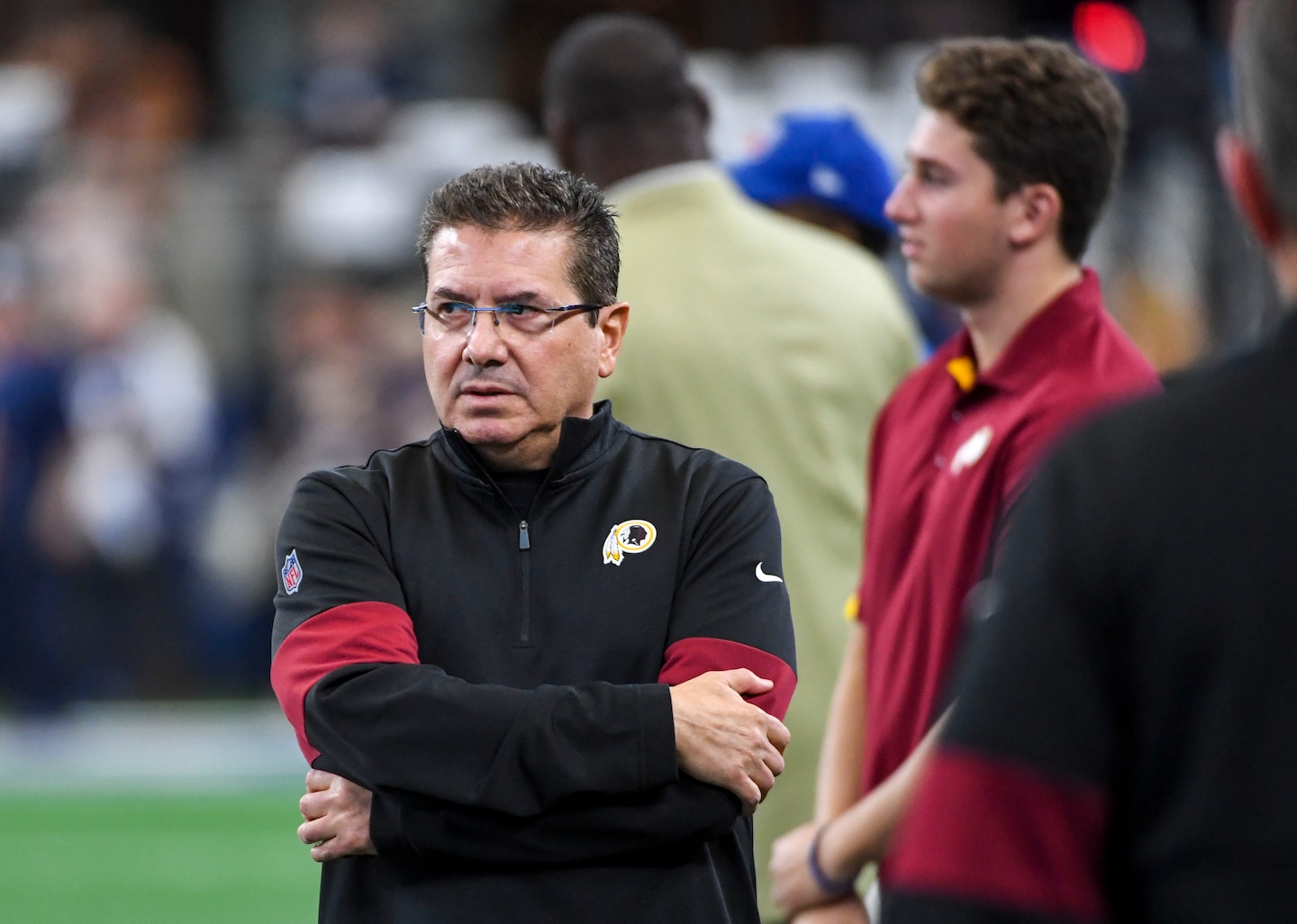 The indication is that the league won’t discipline Snyder beyond a possible fine, much less force a sale, unless it finds he is “implicated directly” in the scandal. But of course he is directly implicated. Everything in the franchise emanates from this bullying boor.

The man runs an organization that flesh-peddled its own cheerleaders. Why does he still own an NFL brand? Because the other owners either lack the will to deal with him, or have their own skeletons, or think there are more important things to attend to than, you know, women. Thus, Snyder’s slime becomes theirs.

All of which should have forced a sale.

Remember in 2009, when the promise of wet cheerleaders was sold to contestants in that radio “carwash” promotion, with the heavy-breathing on the sports-talk station Snyder then owned, asking the audience to imagine a sopping cheerleader “soaping up and scrubbing you?” And the station’s website picture of women in thongs and high heels holding buckets and sponges?

So, what precisely did people think was happening to the other female employees in his building? And does anyone think all the harassments — the female marketing coordinator told to wear a tight dress for a business meeting “so the men would have something to look at,” the buttocks-grabbing, the lewd comments about breasts, the peering under skirts on the staircase — are the end of it?

Roger Goodell and Snyder’s fellow owners know exactly who and what Snyder is from league meetings. He operates with a combination of panting twerpism, incurable nastiness, and wormy duplicity, throwing human shields and checkbooks in front of him to absorb the blast injuries caused by his behavior.

Under section 8.13 of the NFL’s bylaws, if an owner “is guilty of conduct detrimental to the league” his rivals can take a vote to compel a sale. When has Snyder’s behavior ever been anything but?

The other owners presumably tolerate him because they fear being mud-slung by him, or it’s just too much trouble to take him on given all their other crises. This is why abusive workplaces flourish much longer than they should. But you know what? Sometimes inaction turns out to be a mistake that costs everyone much more in the end. Ask CBS. Or Hollywood.

If Snyder’s fellow owners have such guilty or lazy consciences that they can’t bring themselves to act against him for the noxious mess he has made, then they should in the name of sheer self-preservation. Because anyone who lies down with this dog always gets up covered in fleas. No coach, no matter how many Super Bowl rings, has been able to turn his dump of a team into a winner; they all walk away with losing records. Those who do business with him, from the city of Richmond to his minority shareholders Fred Smith, Dwight Schar and Bob Rothman, invariably come away appalled.

Given that Snyder has suffered zero consequences, some future embarrassment seems inexorable. Snyder’s hiring of lawyer Beth Wilkinson to “assess” his “culture,” and of well-regarded Julie Donaldson to replace “voice of the team” Larry Michael so no more women have to suffer remarks about a “tight ass,” are merely his latest frantic temporary efforts at public damage control.

They don’t get at the real problem. Not even close. Because never has the phrase “lipstick on a pig” been more apt.