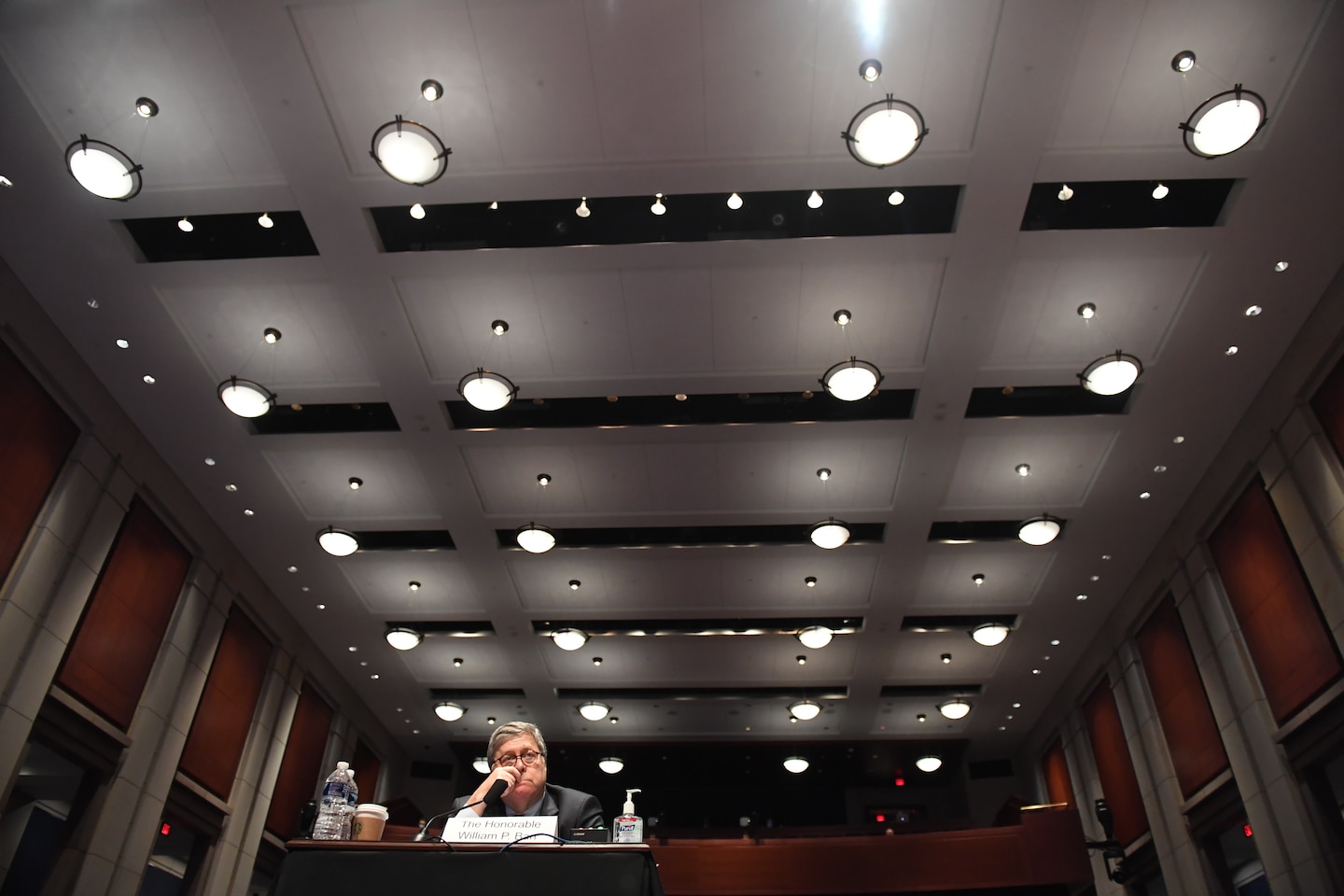 “In your time at the department,” Judiciary Committee Chairman Jerrold E. Nadler (D-N.Y.) said in his opening statement, “you have aided and abetted the worst failings of this president.”

Barr came ready to defend himself from such accusations, an opportunity Republicans on the committee repeatedly gave him.

1. He is all in as a partisan player

By now, Barr has established himself as a loyal defender of Trump, willing to make decisions that at the very least give the appearance that he is doing Trump’s personal bidding. Barr denies that politics play a role in his decisions while leading the Justice Department.

But Tuesday, he did little to refute the criticism that Trump’s personal desires influence him. In his efforts to defend himself, Barr painted Trump as the consummate professional president, giving Barr “complete freedom” to do what he needs. “From my experience, the president has played a role properly and traditionally played by presidents,” Barr testified.

We don’t know what happens behind closed doors between Trump and Barr, but Barr’s projection of the president is just not consistent with Trump’s public comments on law enforcement, which he regularly attacks when investigations don’t go his way. Here he is after his friend Roger Stone was sentenced to more than three years in prison.

In his written opening statement, Barr accused Democrats in Congress of trying to “discredit” him.

And Barr asserted that his repeated efforts to change the direction of investigations of Trump allies were influenced only by the rule of law.

“I am supposedly punishing the president’s enemies and helping his friends,” Barr said. He challenged his critics to point to one enemy he has unfairly indicted.

On the friends front, Barr said, “The president’s friends don’t deserve special breaks, but they also don’t deserve to be treated more harshly than other people.”

He referred to two recent controversies:

2. Under increased scrutiny, Barr is not backing down from sending federal agents into cities

Barr is arguing that Portland, Ore., officials abdicated their duty to keep the peace and that federal officials had to take over to protect the federal courthouse.

“What unfolds nightly around the courthouse cannot reasonably be called a protest; it is, by any objective measure, an assault on the government of the United States,” Barr said in his opening statement.

Democrats argue that Trump is co-opting federal law enforcement for his political benefit, mainly to scare suburban voters into voting for him and to distract from his failure to keep the coronavirus in check. And they accuse Barr of being a willing ally.

Now the Justice Department inspector general’s office is investigating federal police actions against protesters in Portland, where demonstrators report being clubbed and thrown into unmarked vans. It will also look at what happened in D.C., where in June federal agents fired chemical agents at largely peaceful protesters, clearing a park across from the White House. Barr continued to deny that agents fired tear gas. But the chemical compounds in what they fired are basically the same thing.

Barr is also sending federal police to other cities as part of what he says is a separate project to help fight violent crime, not quell protests. Some mayors, including in Chicago and Kansas City, Mo., have said they’ll cautiously welcome the help as long as it’s not targeted at stirring up trouble on the streets.

Barr was willing to acknowledge some racial inequities in how police treat black Americans. But he referred as history: “Given our history, it’s understandable that among black Americans, there’s some ambivalence and often distrust toward the police. Until just the last 50 years ago or so, our laws and our institutions were explicitly racist, explicitly discriminatory.”

Under questioning, Barr was not willing to say there is systemic racism among police in the United States. He tried to cite statistics that show the opposite. Barr said he’s seen studies that said “police are less likely to shoot at a black suspect, a little more likely to shoot at a white suspect.”

He also cited Washington Post tallies of police shootings that show eight unarmed black men have been fatally shot by police in 2020, compared with 11 unarmed white people. He didn’t note white people make up a far greater share of the U.S. population, and when you look at the data in a more representative way, black people are unequivocally shot by police at a higher rate than white people.

4. Barr continued to cast doubt about voting by mail

Barr has said multiple times that he’s worried about foreign actors manipulating voting by mail at a large scale in November. He repeated that Tuesday.

But Barr has no evidence to back up that concern, and election officials say what he’s warning about is unlikely.

Here’s the deal: Among the five states that vote by mail statewide and the thousands of absentee ballots cast every year, there is no evidence that voting by mail leads to substantial voter fraud.

A number of states have practices to confirm absentee ballots, making them difficult-to-impossible to duplicate on a massive scale. To do so, bad actors would have to know a person’s personal signature and correct address. They would have to mail ballots in the same envelopes that the state is using in a way that doesn’t attract election officials’ attention by duplicating ballots among those who have voted. All of this from a foreign country.

What some election experts warn is more likely than widespread fraud is that Barr and Trump’s comments lead to widespread suspicion about the outcome of the race.

At the least, Barr responded under questioning that if a president clearly loses an election, the president has no remedy for contesting it.

5. Barr hesitates to say a president shouldn’t accept foreign help to get elected

In probably one of the most stunning exchanges of the day, Barr at first did not denounce clearly illegal behavior. The question was from Rep. David N. Cicilline (D-R.I.).

Cicilline: Is it ever appropriate, sir, for the president to solicit or accept foreign assistance in an election?

Barr: It depends what kind of assistance.

Cicilline: Is it ever appropriate for the president or presidential candidate to accept or solicit foreign assistance of any kind in his or her election?

Barr: No, it’s not appropriate.

Foreign help, of any kind, in an election is absolutely illegal. The House impeached Trump in late 2019 on accusations that he tried to get Ukraine to make former vice president Joe Biden, now his 2020 opponent, look bad.