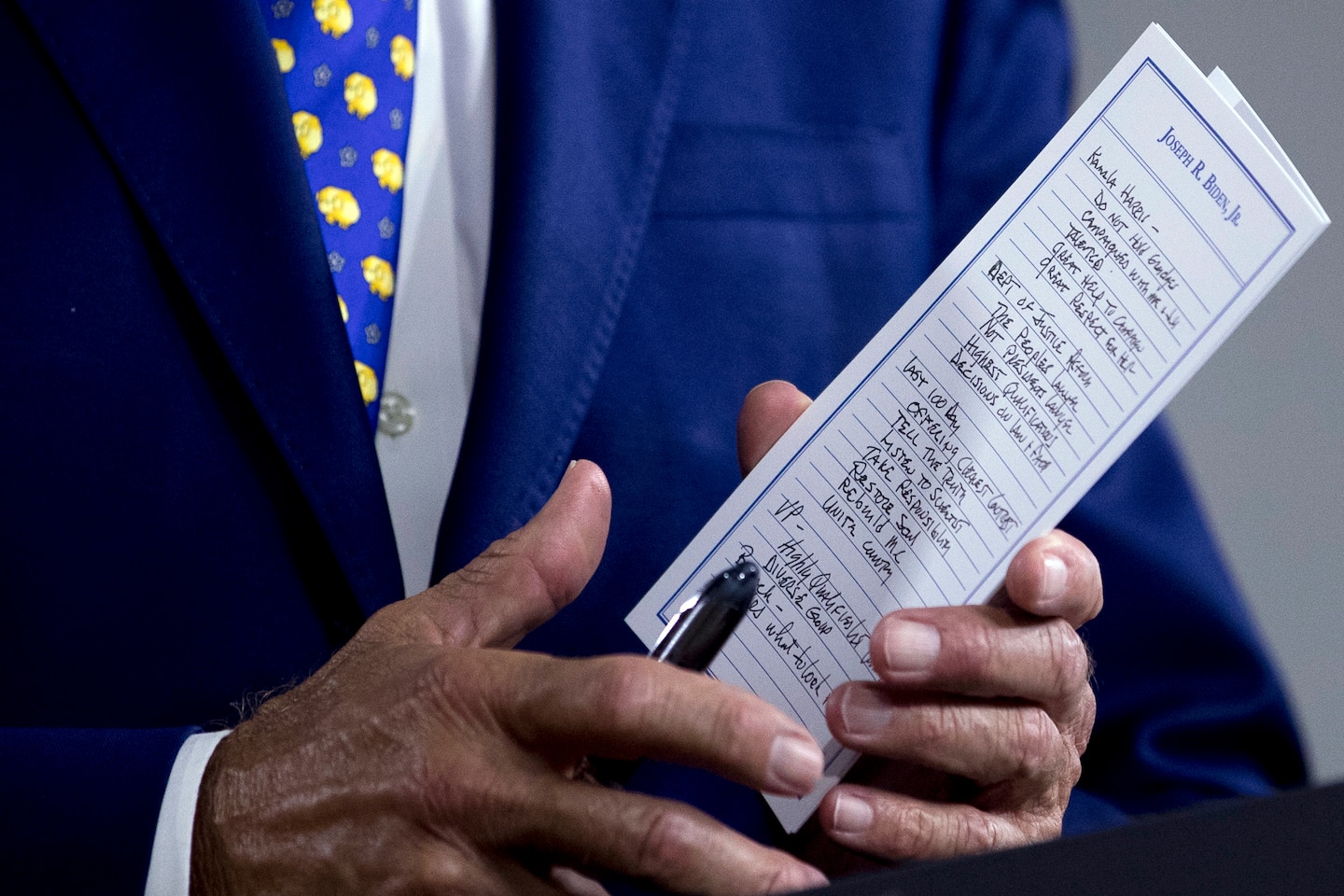 “Do not hold grudges.”

“Campaigned with me & Jill.”

“Great respect for her.”

Biden said that he will make his vice president decision next week and that it has come down to a handful of female candidates, among them Harris.

The Biden campaign did not immediately respond to request for comment.

While there are many Democrats rooting for a Biden-Harris ticket, others are worried the high-profile swipe she took at him last year during a presidential primary debate would haunt their ticket.

Harris excoriated Biden in what became the high-water mark of her run for president, questioning his kind words about pro-segregation senators he had served with and accusing him of opposing busing black children to integrated schools.

On the debate stage, she described a little girl who had benefited from the busing program.

“And that little girl was me,” she said.

Biden’s wife, Jill, has described that moment “like a punch to the gut.”

Biden’s notes suggest, at the least, that his campaign is expecting to get questions about his relationship with Harris, particularly that tough debate moment — hence his point about not holding grudges.

Since dropping out of the race and endorsing Biden, Harris has been a loyal foot soldier, holding virtual fundraisers and actively campaigning — as much as one can during a pandemic.

Biden’s notes included other topics, but Harris was the only vice presidential candidate he was prepped to discuss.

He had a section about Attorney General William P. Barr, who was testifying on Capitol Hill. His notes just said “Justice Department,” but under them he had written, “the people’s lawyer not the president’s lawyer.”

Under “Last 100 days,” a reference to the final stretch of the campaign, he’d written “tell the truth,” “take responsibility,” “listen to scientists” and “restore soul.”

At the bottom of the page, it appears to say “Barack,” as in former president Barack Obama, but only the “B” and “ck” are visible.