‘Red Dead’ vs. ‘Ghost of Tsushima’: A duel in open-world preference 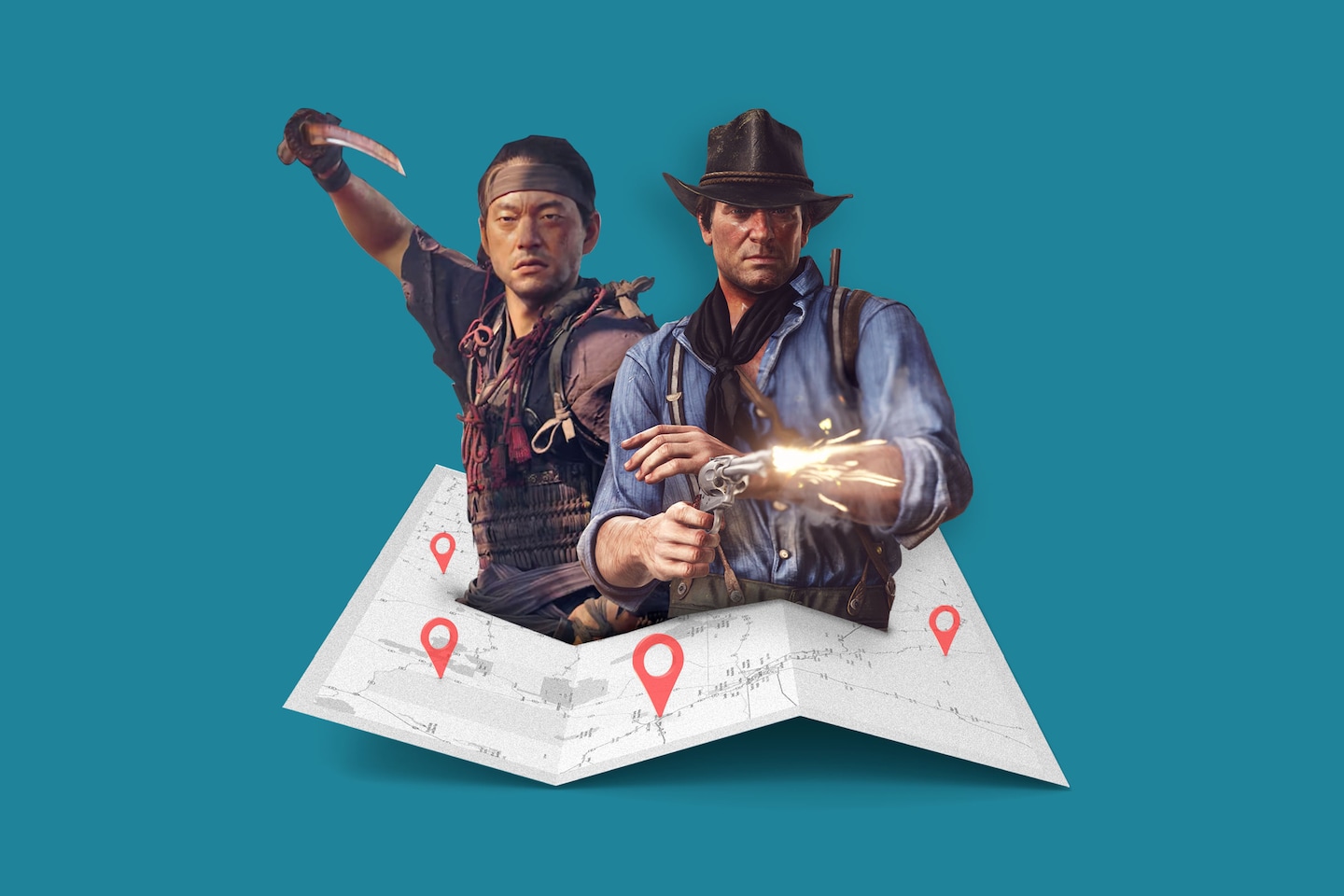 “Red Dead Redemption 2” was 2018′s narrative magnum opus from Rockstar Games. Like “Ghost,” it’s an open-world game that won even wider universal critical acclaim, and also won audience hearts. It’s still celebrated today for its open-world design philosophy. Video game fans are famous for partisan-like vitriol when it comes to defending their favorite game, but my tweet above is only brow-raising because so many harbor a deep affection for Arthur Morgan, the protagonist of “Red Dead,” living in a world moving on without him.

And the inspiration for both games come from similar sources. After all, samurai and Western films have borrowed from and inspired each other for decades. If “Red Dead” used the visual language of Western filmmakers, those directors learned from Akira Kurosawa, who in turn was inspired by old Western shows. A recent VG24/7 article pondered comparing the two games; the author ultimately decided that he remembered the Western frontier of Arthur Morgan better than he does samurai Lord Jin Sakai’s quest for liberation.

Paul Tassi at Forbes wrote about the two games and landed on the same side I have: We both have more “fun” with “Ghost” than we did with “Red Dead.” The cowboy game was famous for long, laboring animation cycles for every player movement, from waving hello to opening drawers to find items. You do everything a lot in “Red Dead 2,” and everything takes a long time to do.

The two games also perfectly outline two different roads for the future of immersive storytelling in virtual worlds. Rockstar’s vision is one that pantomimes “realism.” No surprise, this is the studio that once pondered implementing a feature to run out of gas in a little driving game called “Grand Theft Auto.” In “Red Dead,” Rockstar wants you to believe its world can live without you. It can’t, but it goes through great pains to convince you otherwise. Even horses, which serve a purely video game function to get you from place to place, have individual lives. If your horse dies, you’re going to have to capture or buy yourself a new one. Don’t forget to train it and grow a “bond” with it over time.

On the other hand, Jin Sakai in “Ghost” rockets across Japan’s landscape on a horse that can’t be killed no matter how many bomb arrows you shoot at it. He gives it a name, and he rides it. That’s the extent of the player interaction. Also, there’s no “looting” cycle here. He obtains items about as fast as you can press a button. Jeff Grubb of Venturebeat put it best in his reply to my initial tweet: “Ghost of Tsushima” isn’t afraid to be a video game.

The ambition of “Red Dead Redemption 2″ leans closer to Sony’s other first-party hit, “The Last of Us Part II.” Arthur Morgan’s epic saga across America presents like a prestige HBO show, and makes every effort to preserve that appearance, even in its optional “open world” activities. A Poker game in real life can move pretty fast, especially with a skilled dealer. Not so in “Red Dead 2,” which prioritizes preserving the mood of a card game among cowboys, and not so much the game itself.

It’s a game that gives you dozens of ways to interact with its world. You can be greedy or rude to people, get drunk or play cards. Sure, it’s also a shooting game, though the shooting part is pretty limited. But it’s the world interaction, not the shooting, that’s the core of the game. “Ghost,” meanwhile, barely lets you speak to people. But it gives you four different combat stances, and almost complete freedom in how you want to tackle your enemies. The combat forms the core of “Ghost.”

“Ghost” is the creative culmination of the early aughts open-world formula pioneered by Rockstar, but popularized by Ubisoft’s “Far Cry” and “Assassin’s Creed” series. We never know Jin Sakai nearly as fully as we do Arthur Morgan. Rockstar put Arthur’s hopes and insecurities on full display. Meanwhile, Sucker Punch Studios gives us a samurai action figure named Jin Sakai, and Tsushima is the play set, complete with fun outfits and cool action tools like grappling hooks and smoke bombs.

Yes, the game has somewhat pretentious cinematic ambitions. But it’s also a game that gives you a nine-mission quest to find the killer of an entire family (including children), and you can tackle the quests in almost any order you like. The game makes no effort to keep up the illusion that you’re breaking the passage of time, or that things that shouldn’t have happened yet are being referenced. “Ghost of Tsushima” isn’t worried about how you’re getting the story. You can skip ahead just like you do in a Netflix season.

It’s hard to determine the future legacies of both games. Even 2017′s “Zelda: Breath of the Wild,” a milestone in open world design, only had a light influence on “Ghost.” There’s still no game quite like it, or even “Red Dead 2.” But it’s easier to tell which game might appeal to whom. Lovers of narrative and immersion will keep “Red Dead 2” as their high watermark. People who prioritize gameplay above all else will lean toward “Ghost.”

It comes down to how we define “fun” and “engagement” in games. “The Last of Us” creator Neil Druckmann resurfaced this debate in promoting his sequel, insisting that many players wouldn’t find his tragic story “fun.” Many who have now played it disagree: The harrowing and violent video game was fun to experience because it appeals to people who enjoy thoughtfully written stories with complex, morally ambiguous characters.

There is no objective truth to how each individual defines fun. But you can expect this clash of design philosophies will continue in the future. Figuring out how you define a good and fun video game means an easier time to pick the winner of any future online debates over video games. The winner is always you.