Who should get a coronavirus vaccine first? 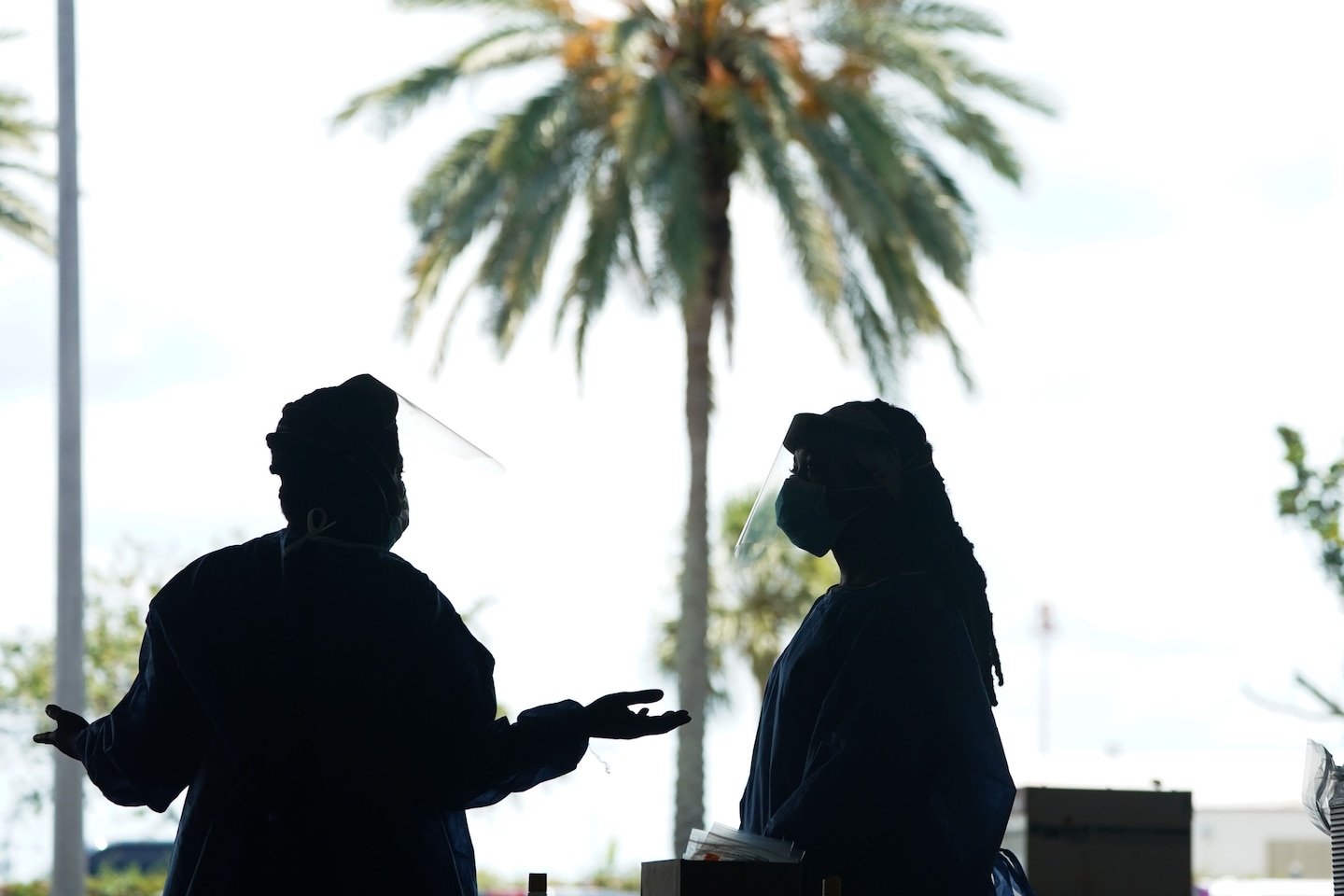 Discussions have begun to identify priority groups for initial vaccination against covid-19, the disease caused by the virus. Those discussions, involving federal health officials and outside experts, are based on planning developed during the 2009 H1N1 influenza pandemic. The highest priority would go to health-care and essential workers and high-risk populations. This proposed group would also include older adults, residents of long-term-care facilities and people with underlying medical conditions.

As officials and experts race to stop the pandemic, they are grappling with the fraught nature of establishing vaccination priorities. Clinical trials of at least two experimental vaccines have shown encouraging results and this week moved into final-stage testing for safety and effectiveness in 30,000 participants. U.S. officials have said that if a vaccine is shown to be effective, the first doses could be available by the end of the year.

The decision-making will take place over the next few months and is certain to be controversial, experts said. Officials and experts must address a host of issues, including how much consideration should be given to race and ethnicity because of the disproportionate effect of covid-19 on communities of color. Aside from doctors and nurses, will cafeteria workers and cleaning staff at hospitals be considered essential personnel? What about teachers who keep schools running so parents and others can go back to work?

“This is going to be controversial and not everybody’s going to like the answer,” said Francis Collins, director of the National Institutes of Health, referring to the process of establishing priorities. He spoke last week at the kickoff meeting of a committee of experts helping with planning. “There will be many people who feel that they should have been at the top of the list, and not everybody can be.”

That committee of experts is developing a framework to help the federal advisory panel and the CDC set final vaccination priorities. The experts are from an independent advisory group, the National Academies of Sciences, Engineering and Medicine, and from the National Academy of Medicine. The panel, which is supposed to have an initial draft ready by the end of August and a final version by the end of September, was formed at the request of the directors of NIH and CDC.

The overview of proposed priority groups laid out by the federal advisory panel includes subsets within those that should get the highest consideration. At the top of the list: an estimated 12 million critical health-care and other workers. The first doses would go to a subset described as the “highest-risk medical, national security and other essential workers” needed to protect health-care infrastructure and critical societal functions, according to presentations and discussions at the June meeting of the Advisory Committee on Immunization Practices.

But what’s at stake goes beyond allocation of the first shots. The process of identifying priority groups is a chance for health officials and scientists to adjust sometimes-unrealistic expectations about when a vaccine is likely to be available.

It is also an opportunity to reset public trust in government and institutions at a time when “there is a profound sense of people feeling they are not being protected by the people and institutions that are supposed to protect them,” said Monica Schoch-Spana, a medical anthropologist at the Johns Hopkins Center for Health Security. She co-chaired a working group that recently released a report on covid-19 vaccination.

“We have a socially, politically and racially fragmented society that is under the stress of a disease that causes illness and death. And we’ve seen an uneven — I’m being polite — response to it,” Schoch-Spana said. “If there was ever a time when public perception of fairness and justness was important, that would be now.”

Top federal officials need to make sure the public is hearing a clear and consistent message and show the government is able to keep its promises, Schoch-Spana said. During the 2009 H1N1 pandemic, there were overly optimistic projections of vaccine supply during the second wave of the disease in October, when demand was high. By the time an adequate supply of vaccine arrived, demand had fallen.

In addition to essential workers and those most affected by health disparities, Collins said a priority list should include the military and locations where the virus is most active. He said the committee should consider giving priority to volunteers in vaccine clinical trials who received a placebo instead of a vaccine dose.

“I think probably we owe them as a consequence of their participation in the trial some special priority in terms of access to the vaccine if it’s proven to be successful,” Collins said.

During Wednesday’s meeting of the CDC’s Advisory Committee on Immunization Practices, the discussion about priority groups focused on essential workers, including health-care personnel. At the next meeting in August, the committee is planning to review considerations for other high-risk groups, including people in long-term care facilities.

Workers at greatest risk for exposure to infectious diseases fall into six categories, according to a presentation by Sarah Mbaeyi, a medical officer at CDC’s National Center for Immunization and Respiratory Diseases:

People of color are more likely to work in jobs deemed essential or with increased risk of disease exposure, she said.

Citing a recent study of risk for severe covid-19 illness among health-care personnel, Mbaeyi said 39 percent have a high-risk medical condition or are older than 65. Those who work in support roles, such as medical assistants or home health aides, or others with less than a bachelor’s degree, have the highest rates of underlying conditions. These groups in general, she said, also have a higher proportion of workers who are African American, Latinx, uninsured or have lower incomes.

One committee member, Paul Hunter, an associate professor of family medicine at the University of Wisconsin School of Medicine and Public Health, offered this summary: “If I was looking at the data correctly, if you’re a middle-aged-to-older African American female medical assistant with diabetes and hypertension, it looks to me like you’re on top of the list to get the vaccine.”

Consideration of race or ethnicity as a criteria for vaccine prioritization has drawn considerable discussion.

At the June meeting, Jose Romero, a pediatric infectious-disease specialist at Arkansas Children’s Research Institute who chairs the CDC immunization committee, spoke of Black, Latinx and Native American communities hit hard by the coronavirus. The covid-19 death toll is twice as high among people of color younger than 65 as for White Americans, according to a recent CDC report.

“If we fail to address this issue of racial and ethnic groups as a high risk in prioritization, whatever comes out of our group will be looked at very suspiciously and with a lot of reservation,” he said.

Another committee member, Sharon Frey, an infectious-disease specialist at Saint Louis University School of Medicine, agreed that it was important to include racial and ethnic groups in a high-priority group. Consideration should be given to the urban poor and working poor who often have other underlying medical conditions, live in crowded homes and can’t take off work “because they have to bring money home to feed their families,” Frey said.

Nancy Messonnier, director of CDC’s National Center for Immunization and Respiratory Diseases, said Wednesday that racial and ethnic disparities have long existed in routine immunization coverage for adults, with much lower vaccination rates among Blacks and Hispanics.

“The current social situation likely exacerbates the issues that surround this lower vaccine coverage,” she said. “As we start planning for immunization with covid, we need to be mindful that this is a starting place, and we need to take seriously that we need novel and more robust strategies to increase uptake of the covid vaccine once it becomes available.”