Mystics, Wizards look to bench players for a shot at the playoffs 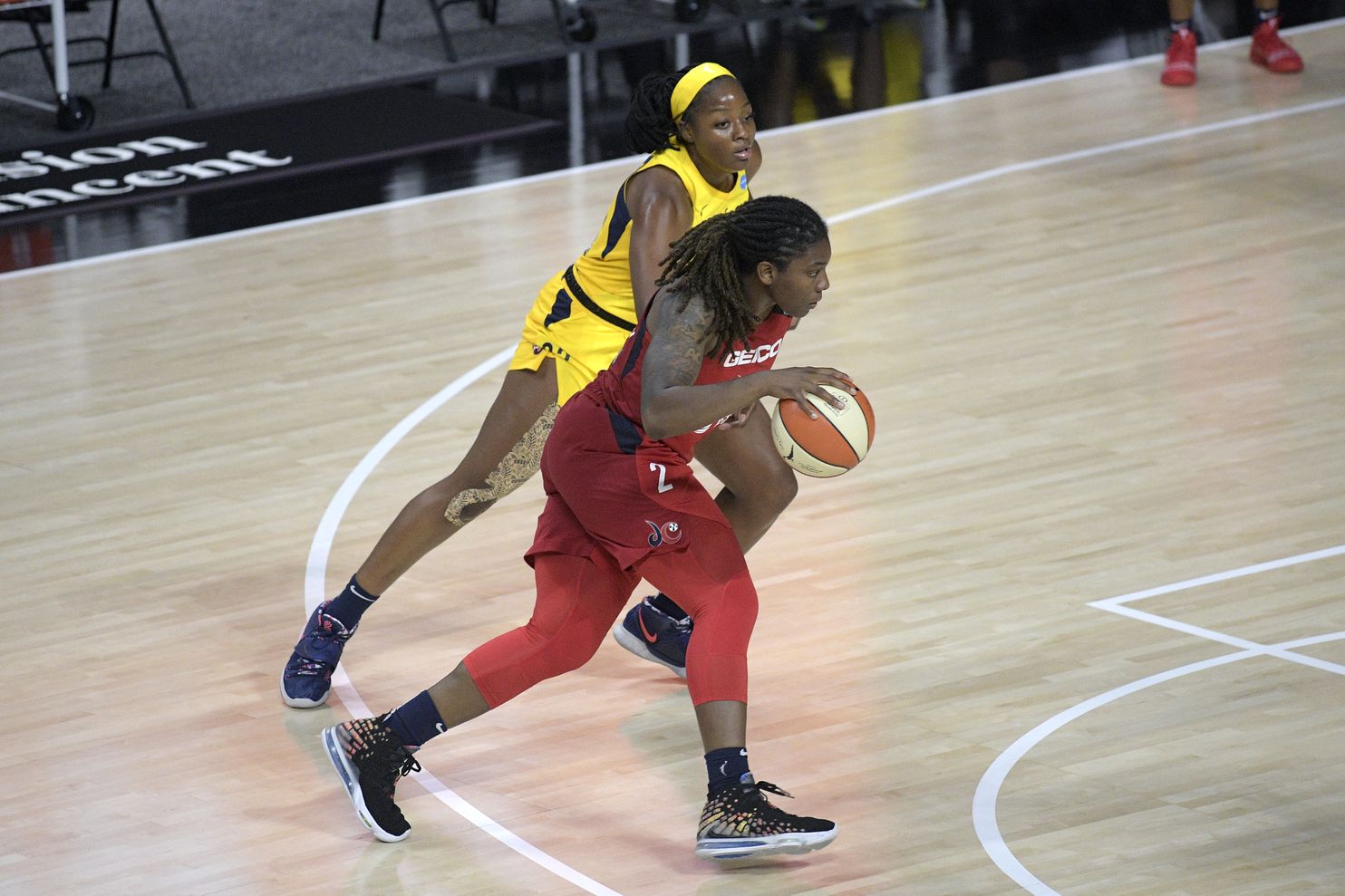 The Washington Mystics’ Myisha Hines-Allen, Number 2, drives past the Indiana Fever’s Stephanie Mavunga during a WNBA game Saturday. Hines-Allen has more opportunity to play this year because several Mystics chose not to. (Phelan M. Ebenhack/AP)

Do you like professional basketball? There should be plenty of games to watch in the next few months.

The Women’s National Basketball Association (WNBA) started its shortened season last week. The WNBA plans to play a 22-game schedule instead of its usual 34-game season. The games will be played without fans at a “bubble” location at Bradenton, Florida, to help protect the players from the novel coronavirus. (“Bubble” in this case means that players and staff stay in the same place — with no visitors — until the season is over.)

The Washington Mystics are the defending WNBA champions. But in these unusual times, the team will be missing several players whom it thought would help it defend the title.

Veteran point guard Natasha Cloud decided not to play this season so she can focus on social justice issues. Three forwards, Elena Delle Donne, Tina Charles and LaToya Sanders, are skipping the season because of health concerns related to injuries and the virus.

Still, the Mystics should have a competitive team. In its first two games, Washington beat the Indiana Fever, 101-76, and the Connecticut Sun, 94-89.

The men’s National Basketball Association (NBA) returns to action this week with 22 teams competing to determine the 16 teams that will play in the 2020 NBA playoffs. Like the WNBA, the NBA teams will be playing their games without fans at three “bubble” locations near Orlando, Florida.

Like the Mystics, the Wizards are missing key players. High-scoring guard Bradley Beal will not play because of a shoulder injury. Sharpshooting forward Davis Bertans has chosen not to play because of concerns about the coronavirus.

The missing players on the Mystics and Wizards will give the teams’ backups more chances to play. And that’s a good lesson for kids who play sports.

Sometimes I hear kids complain that they should be starting for or playing more on their teams. That’s fine. Everyone who plays sports, from the kids to the pros, wants more playing time.

The important point is that you must be ready and play well when you get your chance. Delle Donne, Cloud and Sanders played nearly 2,800 combined minutes during the 2019 season.

That means there will be a lot more playing time available for players such as third-year forward Myisha Hines-Allen, who played less than eight minutes a game last season. It’s the same for Wizard guards Troy Brown Jr. and Jerome Robinson.

The Mystics may not win another WNBA championship this season, and the Wizards may not make the playoffs. But for some players, this strange shortened season may be very important.

They better be ready.

The WNBA is having trouble catching on, but men’s pro sports had problems too

In basketball, it’s all about threes

Mystics have added talent, but will that multiply fans?