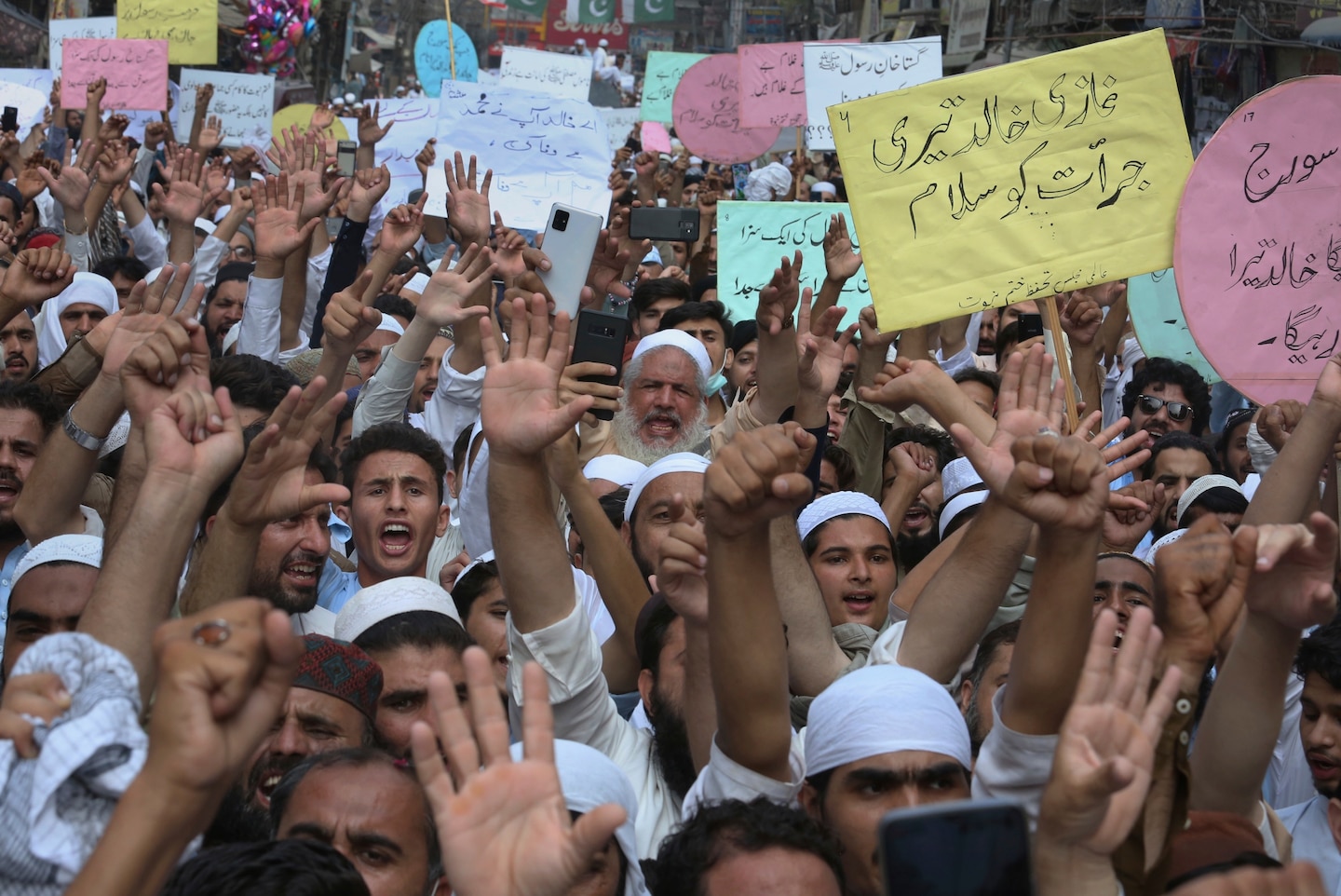 Video of the killing widely circulated on social media showed police restraining the shooter as Naseem lay in a pool of blood on the floor just a few feet away. The shooter could be heard saying the prophet Muhammad told him to kill Naseem in a dream.

Inam Ullah Yousafzai, a lawyer who was in the courtroom, said that after killing Naseem, the shooter placed his pistol on a table and surrendered to police. Another lawyer present at the court remarked on how difficult it would be to bring a weapon into the building. The courthouse is heavily guarded, with multiple security searches and checkpoints that anyone who wants to enter must pass through.

The shooter was taken into custody Thursday and charged with murder and terrorism. The Pakistani government has not released an official statement on the case.

The U.S. State Department said Naseem was a U.S. citizen and called in a tweet for “immediate action” in response to his killing.

Cale Brown, a State Department spokesman, said the United States had worked with Naseem’s family since his detention in 2018 and alerted senior Pakistani officials to his case “to prevent the type of shameful tragedy that eventually occurred,” according to a statement. Brown said Pakistan’s blasphemy laws are often abused and demanded they be reformed.

Pakistan’s blasphemy laws have long faced fierce criticism from international human rights groups, which have demanded their repeal. Human Rights Watch has reported that the laws “provide a pretext for violence against religious minorities, as well as arbitrary arrests and prosecution.”

Anyone found guilty of insulting Islam can be sentenced to death, and allegations of blasphemy have triggered violent riots. Blasphemy allegations have led to extrajudicial murders, rights groups say. But while many inmates are on death row for blasphemy in Pakistan, the country has never carried out a death sentence in those cases.

Most of those accused of blasphemy, like Naseem, belong to the Ahmadia minority group, which is viewed by many Muslims in Pakistan as heretical.

Hours after the news of Naseem’s killing was reported in local media, a hashtag began trending on social media praising the shooter as a hero. Many of those promoting the hashtag described themselves as Taliban sympathizers.

A relative of Naseem’s ex-wife in Pakistan said when he was living outside Peshawar, he survived multiple Taliban assassination attempts.

The relative, Amjad Ali, said Naseem’s beliefs quickly became controversial in the small village he lived in before moving to the United States. Naseem’s wife divorced him in 2008 shortly after their marriage, and Naseem’s relatives began receiving death threats, ultimately forcing them to sell their possessions and leave, according to Ali.

“Now he has no one in the village,” Ali said.

In one of Pakistan’s most recent high-profile blasphemy cases, an illiterate woman, Asia Bibi, was charged and imprisoned on death row for eight years before she was acquitted and eventually sought asylum in Canada last year. Her release sparked violent riots, and she continued to receive death threats from Islamist extremists even after fleeing to Canada.