‘Crysis’ runs on a Nintendo handheld. This should be front page news. 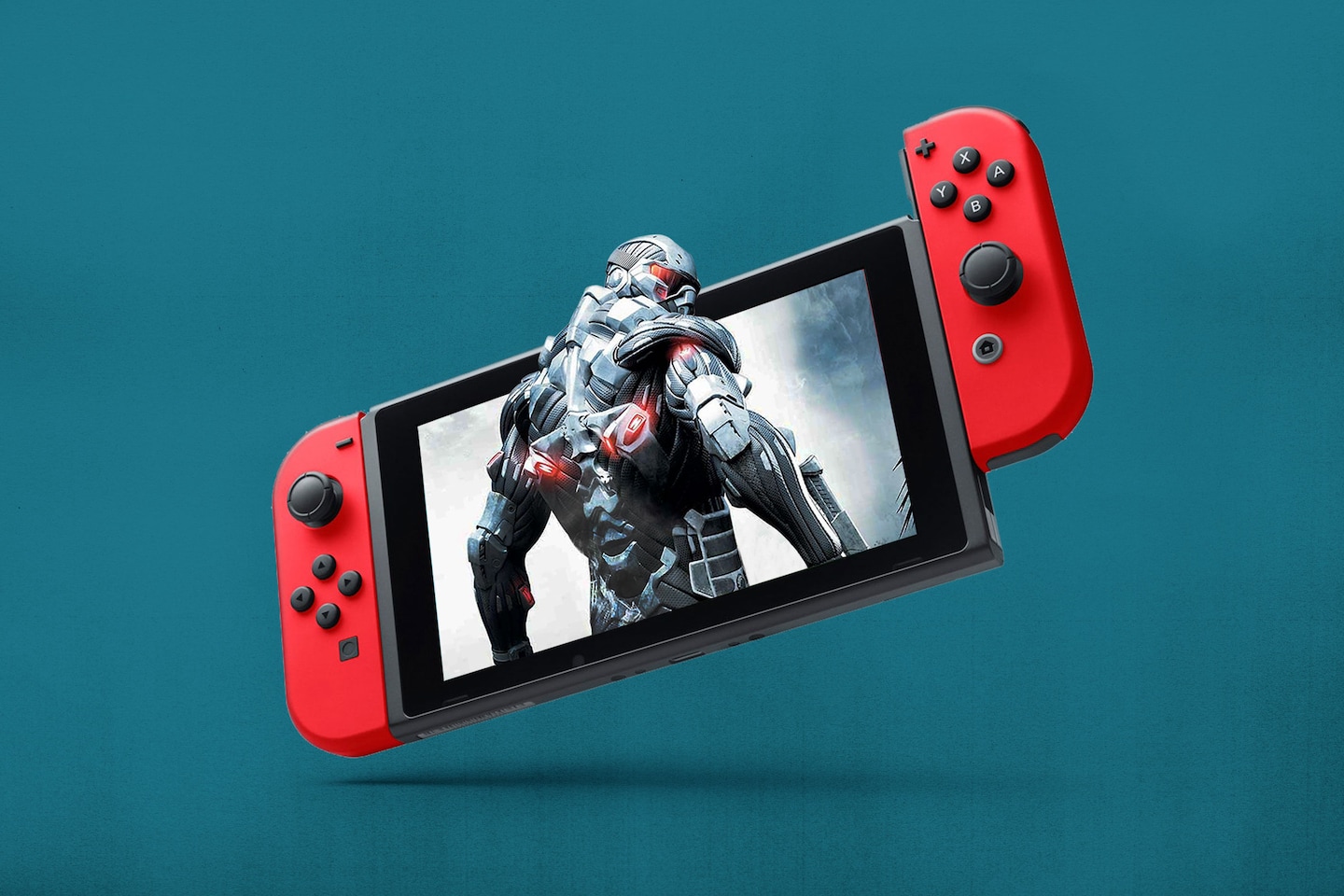 I’ve only played “Crysis” once, and I recall it like I would remember test driving a Lamborghini. I only had one friend near me who had a computer powerful enough to run the game. I zipped over to his pad and played for several hours. I only made it to the fourth mission, but the game felt like traveling to the future. Gunfire would chop trees down. A grenade caused a building’s roof to fly right off. I rammed a truck into a gas station and took out eight enemies with the explosion. It didn’t just look pretty. There was so much happening on screen, it was hard to tell whether games could ever get much more realistic than “Crysis.”

Hindsight never misses. Games barely ever got more realistic than “Crysis.” Even the “Far Cry” series, of which “Crysis” is a spiritual sequel, isn’t nearly as ambitious. After creating the groundbreaking first “Far Cry” game, developer Crytek wasn’t interested in sequels at the time and sold the property off to Ubisoft. Ubisoft then watered down the series with “Far Cry 3,” a game with a focus on clearing objectives off a map, rather than the emergent, player-driven chaos of the first levels of “Crysis.”

That old “Crysis” magic is mostly back in the Switch port. Trees still fall during a particularly heated gunfight. The houses and buildings you’re taking cover in will fall apart and explode as enemies find you. The game moves at a surprisingly tight 30 frames per second, barely skipping a beat even when activating your suit’s “boost” mode. Almost the entire game is here, missing one short level. That means “Crysis” on the Switch is intact, warts and all. Yes, the later part of the game has issues I didn’t realize back in 2007.

If you want a rundown of the graphics: It looks muddy. But I was shocked at the amount of special effects that remain intact, and even added into this version. God rays, particle effects and even day/night cycles all make the transition. I highly recommend watching the analysis by Digital Foundry to get a good look at how the game compares.

If you don’t know “Crysis,” here’s the pitch. Researchers held hostage by North Korea found a mysterious alien artifact on a fictional island. Your special forces squad equipped with “nanosuits” are assigned to rescue and extract. The nanosuit is where half the fun lies. “Crysis” was one of the first games to give you superhuman strength and mobility in a first-person adventure, and it set the bar high. An energy meter that replenishes is the only restraint, but using the suit’s powers to take bullets or barrel through a building is still a rush 13 years down the line.

Of course, the aliens eventually make an appearance, and that’s where the game falls apart. Halfway through the game, the level design does a complete flip and literally funnels you down a tunnel of aliens to shoot. Later levels only consist of fighting the flying aliens, and the game barely gives you reasons to use the nanosuit anymore.

This second half twist is infamous, so it wasn’t a surprise to me. But I couldn’t shake the feeling that this second half of the game is a historical allegory for first-person storytelling. The “Half-Life” series pioneered physics and artificial intelligence, as well as letting the story happen around the player. “Crysis” began carrying the torch in its first few levels. The technology promised so much. But the scene was later dominated with ham-handed, Bruckheimer-esque set pieces, and a story that needed far too much extrinsic explanation in novels and comic books. The game is split by its inventive spirit and the same fascination with Hollywood theatrics as the rest of the AAA game industry.

First-person games, led by the “Call of Duty” series, resemble the second half of “Crysis” far more than the first. Despite it being the PC standard-bearer, too few people owned rigs powerful enough to even run it. It didn’t help that the game’s production was also confused, paced to give us one of the best first-person experiences ever made, all followed by boredom and trite storytelling. First-person games then focused on consoles like the Xbox 360, where the “Call of Duty” franchise took off.

Crytek, in the meantime, abandoned its no-sequel rule by giving “Crysis” three more sequels. The latter two refined the game’s combat while narrowing the game’s vision in level design and literal wall-breaking emergent gameplay. By “Crysis 2,” the walls were intact.

That doesn’t mean “Crysis” isn’t worth playing today. Far from it. For $30, “Crysis” on the Nintendo Switch is being called the best, most technically impressive console version released so far. The Switch version is watered down with muddy textures. The game also crashed on me once. But the first five levels of the game are still unlike anything you can experience in first-person shooting today. “Far Cry 6,” scheduled for later this year cast with Hollywood talent, likely won’t be as ambitious. Even “Halo Infinite,” also scheduled to release later this year, probably won’t be as impressive. All the graphic details in the world can’t make up for the fact that it’s mostly window dressing. No other game incorporates its environment and map quite like “Crysis.” Those opening “Crysis” levels are that good, and are endlessly replayable.

If you have other platforms, it might be worth waiting for the now-delayed “Crysis Remastered.” Those have been delayed to further tweak the graphical settings. And yes, the graphics are important with a legacy like “Crysis.” And it’s a bit unfortunate that we focus so much on how it looks, when how it played mattered the most.

We knew “Crysis” was special, but we also thought it was the future. In the meantime, while we wait for that promised future, a Nintendo handheld can run “Crysis.” Not a bad present.