Could Democrats get rid of the filibuster next year? 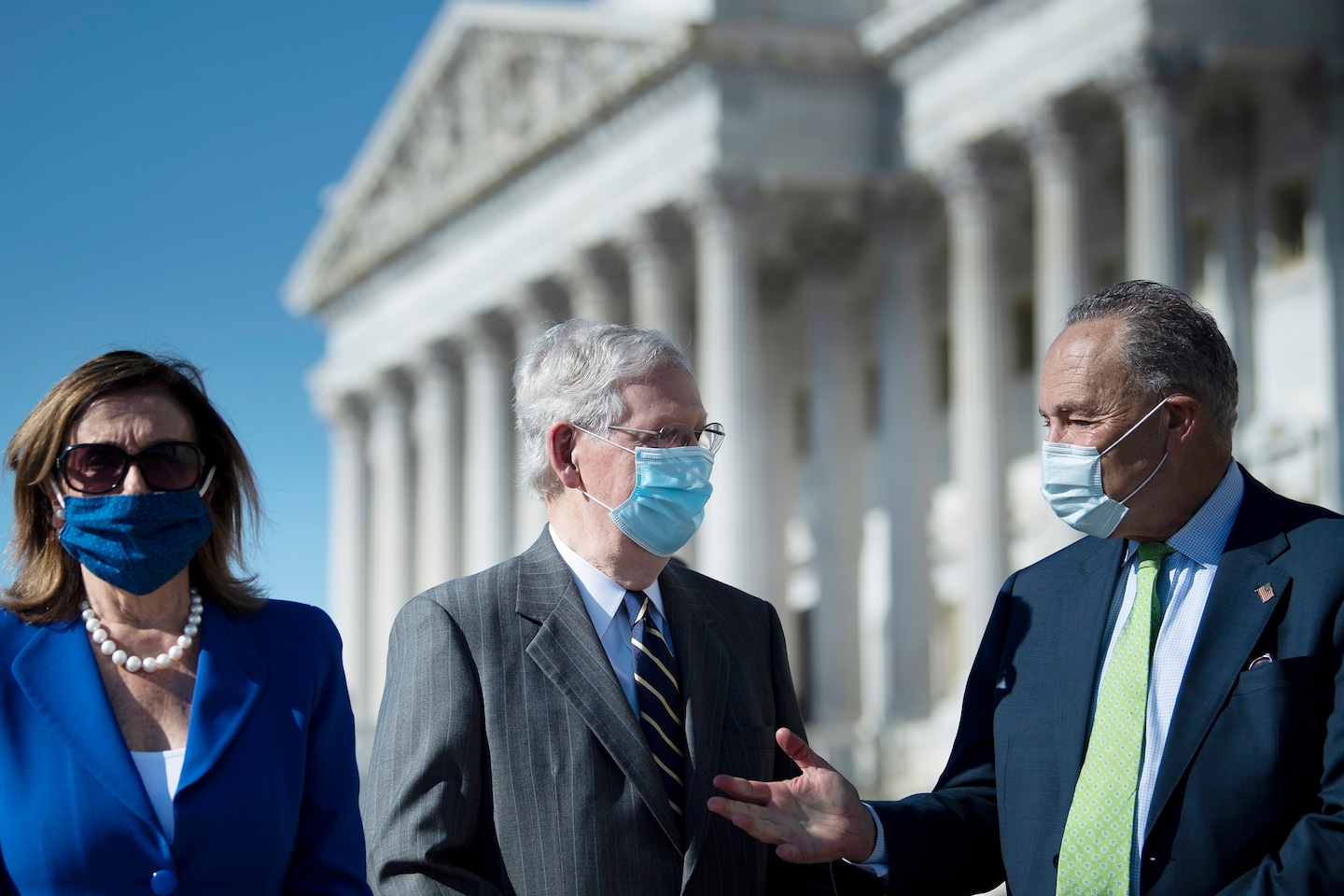 “If all this takes eliminating the filibuster, another Jim Crow relic,” he said at John Lewis’s funeral, “to secure the God-given rights of every American, then that’s what we should do.”

We’ve previously been skeptical at The Fix that the Senate would get rid of the features that make it slower and more methodical than the majority-rule House of Representatives. The Senate, under both parties, has removed the filibuster for political appointees in recent years. That’s how President Trump got his two Supreme Court nominees on the court recently.

But the ability for one senator to object to legislation, requiring a supermajority of 60 out of 100 to vote to overcome the filibuster, remains intact for legislation. Rarely in recent history does one party have that many votes in the Senate, which means rarely does legislation pass with just one party’s support. Democrats recently used the filibuster to stop Republicans’ police overhaul bill from passing the Senate, because they thought it didn’t go far enough.

If Democrats don’t win the Senate in November, getting rid of the legislative filibuster is almost certainly out of the question: No way would a Republican-controlled Senate remove this for a President Joe Biden, and they so far have seen no need to undo it under Trump. (Even though Trump has sometimes called for it, it’s fallen on closed ears.)

All the momentum for this change is with Democrats. During the presidential primary, Democratic candidates such as Sens. Elizabeth Warren (Mass.) and Kamala D. Harris (Calif.) called for getting rid of the filibuster to pass the Green New Deal or Medicare-for-all, for example.

To do that, Democrats would need to win back the Senate and win the White House. They’re positioned to do both in November — but neither is a guarantee. Democrats will have to win a vast majority of toss-up Senate races to regain the majority.

If they pull that off, there are still members of their own party Obama and others would have to convince. Biden was long skeptical of abolishing the filibuster. He’s served in the Senate for more than 30 years and has seen what it’s like to be in the minority party and be able to use the filibuster to stop legislation he vehemently disagrees with. He opposed getting rid of the filibuster during the presidential primary when other candidates embraced it.

But perhaps sensing the Democratic momentum for this in Congress, Biden suddenly sounded much more open to it this month: “It’s going to depend on how obstreperous they become,” Biden said of Republicans. “But I think you’re going to just have to take a look at it.”

But Democrats would need more than Biden, Obama and a few well-known senators on their side to pull this off.

Senators would only need a majority vote to change the rules. If Democrats win the majority, it will probably be by a small margin, like maybe one or two votes — and possibly require the vice president to often be a tiebreaker. So party unity on this matters.

And when Warren and Harris pitched the idea prominently last fall, their Senate colleagues were split on whether to do it. “Never,” said Sen. Joe Manchin III (W.Va.), one of the Senate’s most moderate Democrats.

All that being said, there are three scenarios under which we could see things change:

“I think it’s possible that it could be some sort of large, additional COVID relief measure,” Molly Reynolds, a congressional expert with the Brookings Institution, wrote in an email to The Fix ”… and given Obama’s comments [Thursday] and the recent national discourse on structural racism, it’s also possible it could be something around voting rights.”

The country is facing three simultaneous crises, and Democrats may argue that desperate times call for desperate measures.

That’s been the argument made by pro-nuclear-option lawmakers for months now: Maybe Democrats will pay later next time they’re in the minority for getting rid of the filibuster. But the chance to change lives with the legislation now is too good to pass up. The last time Democrats had control of Washington to do big things was in 2009, nearly a decade ago. They reformed the health insurance industry but did not deal with gun control or climate change or racial inequality.

Maybe it’s not coming right away in January, but it may be only a matter of time before the Senate gets rid of the filibuster for legislation, predicted Sarah Binder, a parliamentary expert with the Brookings Institution.

The Senate hasn’t really looked back from getting rid of the filibuster for political appointees. Democrats couldn’t stop Betsy DeVos from leading the Education Department, or Neil M. Gorsuch and Brett M. Kavanaugh from getting on the Supreme Court. And yet a number of them are still talking about peeling back the filibuster even further.

“It’s hard to put the toothpaste back in the tube,” Binder told The Fix in 2019, when this came up during the Democratic primary.

So if you look at getting rid of the filibuster as eventually inevitable, perhaps Obama’s urging and coronavirus and a Democratic majority may expedite it.