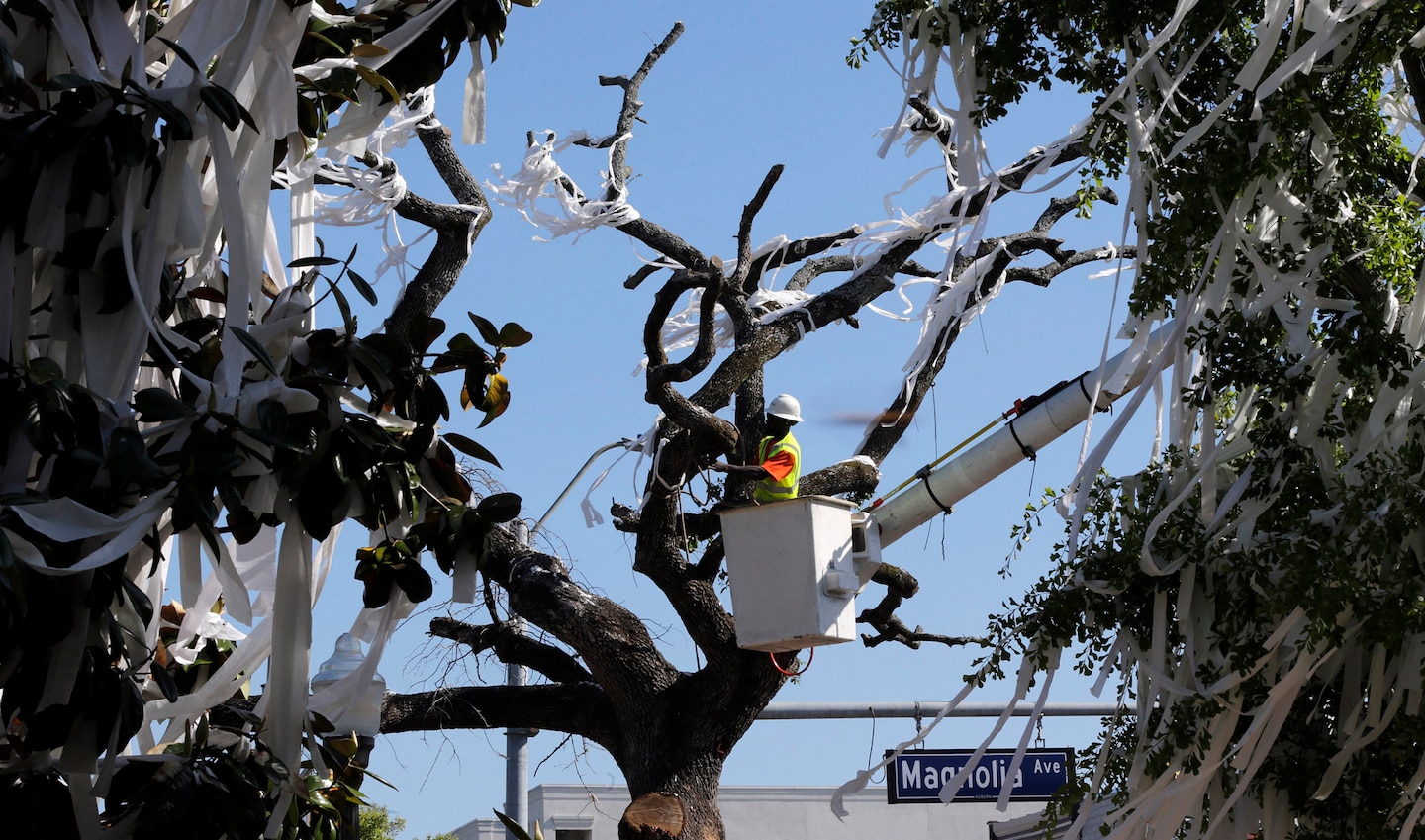 Updyke died Thursday in Louisiana at the age of 71, his son confirmed to AL.com. In a letter written to explain his absence from a court appearance last year, Updyke’s doctor said he had numerous health issues, including severe coronary disease, congestive heart failure, diabetes, strokes and depression.

The former Texas state trooper flung himself into college football infamy in January 2011 when — claiming to be a guy named Al from Dadeville, about 25 miles from Auburn’s campus — he called into Finebaum’s radio show to brag that he had poisoned the Toomer’s Corner oaks with a herbicide called Spike 80DF. Updyke cited a number of grievances specific to the Iron Bowl, one of college football’s saltiest feuds: that Auburn fans had toilet-papered Toomer’s Corner in 1983 upon hearing the news that iconic Alabama coach Paul “Bear” Bryant had died (an anecdote that has been debunked), and that they had dressed a statue of Bryant with the jersey of Auburn quarterback Cam Newton after the previous year’s Iron Bowl, a 28-27 Tigers win.

“They’re not dead yet but they definitely will die,” Updyke told Finebaum, who then asked him about the legality of such a maneuver.

“What, do you think I care?” Updyke responded, as unrepentant then as he was in November. “I really don’t. Roll damn Tide.”

After the call, Auburn officials checked the soil around the trees and found that it contained enough Spike 80DF to be considered a “very lethal dose,” poison that would linger in the ground for years. Police were able to trace the call to Updyke, and nearly two years later he pleaded guilty to criminal damage of an agricultural facility, a felony. He spent more than 70 days in jail and was ordered to pay $800,000 in restitution, though as of last year he had paid only around $6,900 of that, according to court documents.

Auburn spent two years trying to save the Toomer’s Corner trees before cutting them down in 2013 and replacing them with two others, one of which died within a few months. The other was set on fire during celebrations of Auburn’s win over LSU in 2016. Two more replacement trees were planted less than a year later.

“I don’t blame Alabama,” an Auburn alum named Lauren Washam told AL.com when the trees were cut down. “I don’t like the ones that laugh about it along with him, but everyone has fans like that, except for Auburn.”

The University of Alabama distanced itself from Updyke’s actions with SEC speed. Mal Moore, then the Crimson Tide’s athletic director, called it “an awful act, a terrible thing to do.” But Updyke remained steadfast in his belief that it was all in good fun, a prank that simply got out of hand.

“I didn’t do it for the University of Alabama,” he told Finebaum last November. “I did it for me, Paul. … They act like it was a living person or something.”