In Canada, hockey’s return is a partial sign of normalcy during precarious times 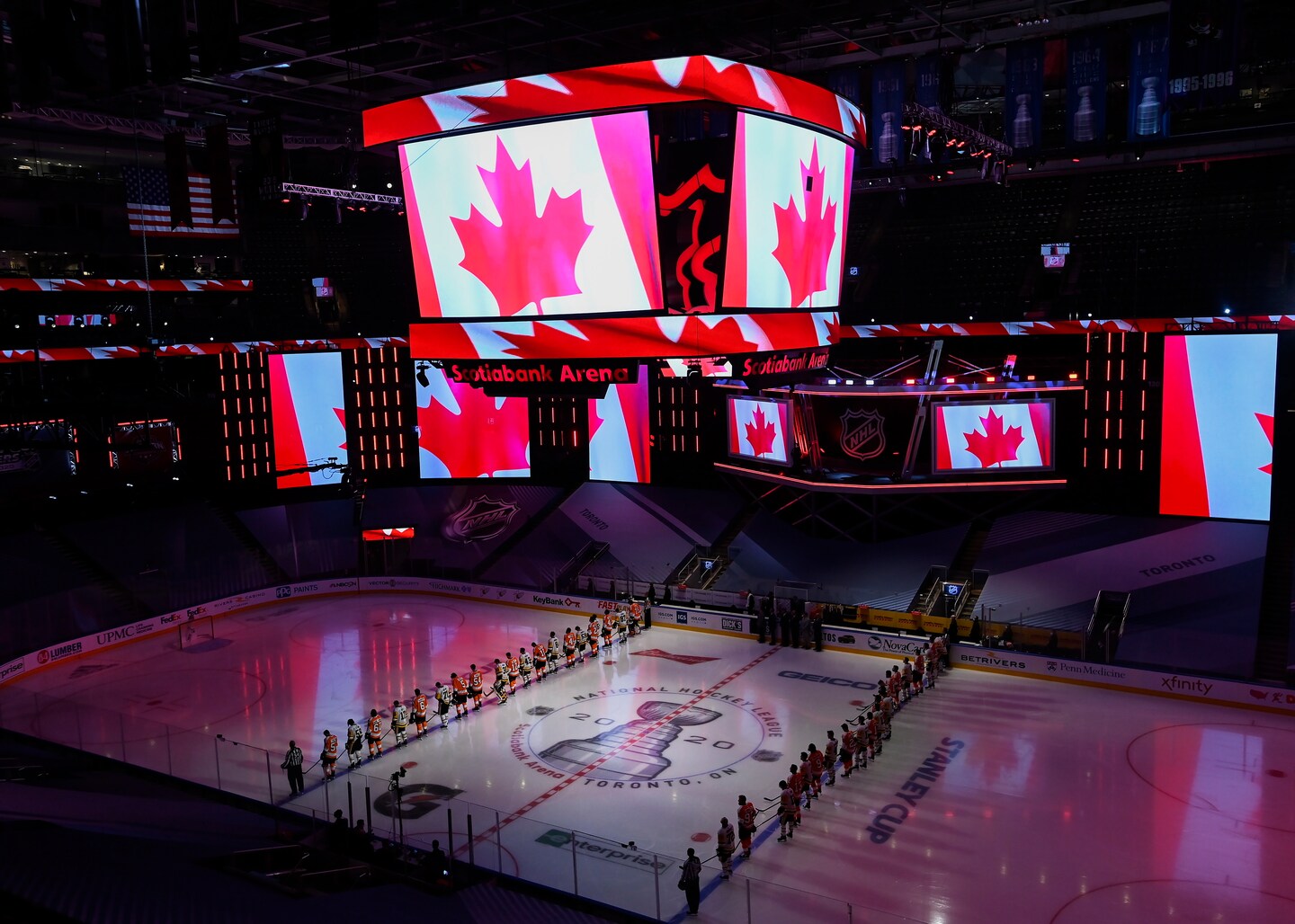 Having an entire postseason tournament in Canada, where the sport is woven into so many aspects of life, is welcome for many Canadians. More than 4.3 million of them watched the two exhibition games involving Canadian teams Tuesday night, the most-watched exhibition games in the history of Sportsnet.

But even as most citizens here embrace the game’s return, they can’t do so in all the usual ways, with arenas closed to spectators and gatherings at bars limited by the country’s coronavirus precautions. And some see the accommodations made to the league in direct contrast with the national discipline that helped corral the virus.

Still, amid such widespread global uncertainty, the return of a cultural mainstay offers some comfort.

“I think with everything that’s gone on in the last few months, weeks, I think everybody is looking for some positivity or some normalcy,” said Washington Capitals defenseman Brenden Dillon, a Surrey, B.C., native. “Sports is such a big part of everybody’s life. . . . This is what we know. This is what a lot of us have done since we were super young.”

A poll this week from the Angus Reid Institute also found that more than 70 percent of Canadian hockey fans say they’re “very excited” or “pretty excited” for summer hockey with the remainder of fans expressing less enthusiasm for the game’s return.

Dylan Odd, 30, who works on Parliament Hill in Ottawa, said he’s “very excited” for the return of the game.

“It’s kind of an interesting thing to reflect on, to think about how well we’ve done,” Odd said. “We’ve been able to get our country to a place where [it’s] safe to take part in our national pastime. It’s hard not to reflect on what’s going on south of the border and think how proud you are as Canadian to see that we’ve done this and we’ve achieved this.”

Ben Bath was cruising the streets of Toronto after a dentist appointment this week when he noticed a bus carrying an NHL team entering the underground parking lot at Scotiabank Arena.

“That really piqued my interest and got me excited,” said Bath, a 29-year-old urban planner and Toronto Maple Leafs fan. “I almost felt like a little kid seeing a movie star or something.”

Bath, who has played hockey since he was 5 years old, said he is “ecstatic” about the return of the game. He participates in a fantasy league with work colleagues and recently bought a subscription television package so he could watch out-of-market games.

“It’s definitely weird having a preseason game in July,” he said, “but I’m so excited for it to be back that I can get over the fact that there’s going to be a Stanley Cup awarded in September.”

Not everyone shares that enthusiasm. When the NHL was considering Vancouver as one of the two hub cities, British Columbia officials would not bend on their strict isolation and contact tracing protocols, which might have meant suspending part of a series if a player, coach or other team official tested positive for the virus.

“Under no circumstances was I going to compromise in any way the health of people here in British Columbia,” Bonnie Henry, the province’s top doctor, told reporters. “And we made that very clear.”

The NHL secured various exemptions for teams entering the two hub cities. Teams were excluded from the mandatory 14-day quarantine for all those entering Canada and from restrictions on “nonessential” travel at the U.S.-Canada border. Additionally, family visits will be allowed during the conference finals and the Stanley Cup finals in Edmonton.

For David Edward-Ooi Poon, a physician in Toronto, those exemptions are “a slap shot to the face.” Since Canada shut its border to most foreigners in March, Poon has been separated from his longtime partner in Ireland, and he co-founded a group that has been pushing for family reunification.

“Sports are such an important part of the Canadian experience, especially hockey,” said Poon, whose group includes fathers separated from their newborns and adult children separated from their sick parents. “I understand that. . . . If NHL players along with their support staff and camera crews are considered ‘essential,’ why isn’t family?”

The experience of watching games amid the pandemic will vary from place to place. In most of Canada, bars and restaurants are open. In others, fans are shut out. But even in those that are open, the experience of consuming the game — elbow to elbow at the bar, high-fiving and shouting at a television screen — will be different.

In British Columbia, a recent uptick in cases has led to the imposition of some restrictions: no self-service ordering drinks at the bar, no groups larger than six people at a table and no wandering to other tables.

At 1st RND, a sports bar in downtown Edmonton with roughly 50 television screens, general manager Franco Camminatore said that “we definitely encourage everyone not to do any kind of physical touching. We don’t allow people to move between tables. Everything is six feet apart. We have directional arrows on our floor.”

The players themselves are living in “secure zones” within the two cities.

At Hotel X, a luxury hotel in Toronto with a rooftop pool and rooms overlooking the waterfront, security guards in face masks and neon yellow vests dot the perimeter, separating the public from the teams housed inside. At the nearby Fairmont Royal York, a Tim Horton’s flag marks the location of the coffee chain’s exclusive food truck — the “best part” of bubble life, according to Andrew Brewer, an assistant coach of the Toronto Maple Leafs.

Players and coaches also have access to BMO Field, steps away from Hotel X, where they can watch NHL games on the field’s large video screen as well as engage in other outdoor activities.

For Canadian players such as Washington Capitals winger Tom Wilson, who grew up in Toronto, the absence of a live audience will be an adjustment. Wilson normally has family in attendance when the Capitals visit Toronto. Now tarps cover the seats in Scotiabank Arena’s lower bowl.

Still, playing again where the sport is most treasured will mean something, even if the loudest sound in the building will come from the blare of the goal horn.

“I think there is definitely a feeling, no matter what, when you walk into those doors,” Wilson said. “A cool feeling that you know is part of your dream come true when you get to play at home. As a kid you always picture yourself playing in your home city, when you are playing in the backyard or basement or whatever. So that feeling will still be there.”