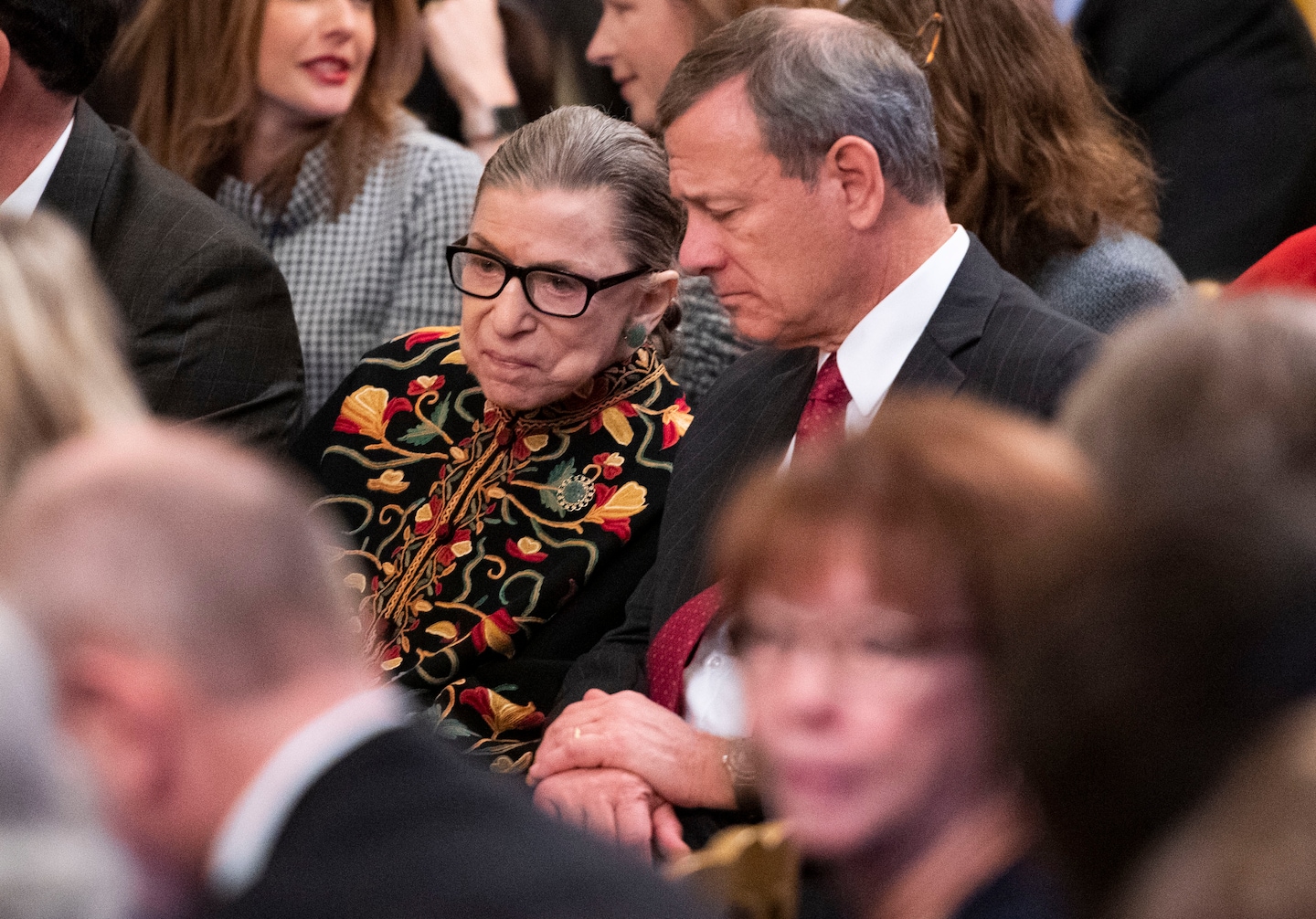 But the court’s customary summer lull? It never arrived.

“This term isn’t going to end,” said Stephen Vladeck, a law professor at the University of Texas who tracks the court’s emergency actions. Those are cases in which parties ask the court for immediate relief from lower-court orders, without the usual briefing and oral arguments.

“There’s going to be at least one more federal death case, more covid orders, and then a rush of election cases, perhaps all before October 5,” when the court’s new term begins, Vladeck said.

Other factors have kept the Supreme Court squarely in the public eye. Most notable was Justice Ruth Bader Ginsburg’s announcement in mid-July that she is again battling cancer, sharpening focus on how important November’s presidential election will be in determining the court’s future.

And those who closely follow the court are buzzing about a CNN series of stories offering insider details about the court’s usually secret decision-making process. That there were leaks from the court to veteran Supreme Court analyst Joan Biskupic was seen as significant as the inside-baseball accounts of negotiations.

“The attention that’s been placed on the court has been relentless,” said New York University law professor Melissa Murray, who is co-host of a Supreme Court-centric podcast called “Strict Scrutiny.” She said with a laugh, “We were supposed to have a break.”

Because the pandemic disrupted the court’s work schedule, causing some cases to be postponed until the fall, Murray noted that the court decided its lowest number of cases since the Civil War.

“But we’ve never talked about the court more than we did this year,” she said. And that partly is a reflection of its “enormous, outsized role in the way things work.”

If the number of cases decided in the term was smaller, the impact was huge.

Chief Justice John G. Roberts Jr. was the only member of the court in the majority of all of those cases. But not all of them were 5-to-4 decisions, and the term was marked by concessions that often allowed some crossover among the liberal and conservative justices.

Normally, the court would disperse after such a term; teaching law classes in lovely places is usually a staple of Supreme Court life. But the pandemic has changed that.

The justices have been working mostly in isolation since March, and sightings are rare.

Justice Sonia Sotomayor was seen paying tribute to Rep. John Lewis as his casket was on display in the Capitol. Ginsburg has been hospitalized at Johns Hopkins in Baltimore and Memorial Sloan Kettering in New York. She was discharged and at home Friday. Justice Stephen G. Breyer addressed the virtual convention of the American Bar Association from a rustic-looking cabin.

And all the while, the court has faced an abnormal number of emergency petitions. It has taken action in six cases in the past three weeks, and others are pending. By comparison, there was only one emergency order last July, and none the year before that.

Vladeck offers four factors for the change: an especially divisive election year; a pandemic that has provoked novel state and local restrictions; the court’s “lowered bar” for intervening in emergency cases; and the altered life conditions for the justices and, presumably, lawyers.

Those first two conditions alone might be enough to keep the court busy: Justin Levitt at Loyola Law School in Los Angeles has counted 170 coronavirus-related election lawsuits in 41 states and the District of Columbia.

The emergency requests’ outcomes have almost uniformly fallen along ideological lines, without the effort at compromise found in the court’s decisions from the term.

In Friday’s decision about the border wall, Breyer lamented that even if the court eventually takes up and decides against the legality of Trump’s transference of Pentagon funds to pay for the border wall, it will be too late.

Sharply worded dissents are common, and Sotomayor has delivered most of them.

“The court accepts the government’s artificial claim of urgency to truncate ordinary procedures of judicial review. This sets a dangerous precedent,” Sotomayor wrote in Tuesday’s opinion, in which she was joined by Justice Elena Kagan and Ginsburg. She added that “because of the court’s rush to dispose of this litigation in an emergency posture, there will be no meaningful judicial review of the grave, fact-heavy challenges respondents bring to the way in which the government plans to execute them.”

In the Florida case, Sotomayor said the court’s action “prevents thousands of otherwise eligible voters from participating in Florida’s primary election simply because they are poor.”

A notable exception: Roberts sided with the court’s liberals in upholding Nevada’s restriction that no more than 50 people are allowed at worship services, even though the state’s famed casinos have reopened. The same five justices earlier had turned away a challenge to California’s restrictions.

The Nevada case provoked Justice Samuel A. Alito Jr. “The Constitution guarantees the free exercise of religion,” he wrote in dissent. “It says nothing about the freedom to play craps or blackjack, to feed tokens into a slot machine, or to engage in any other game of chance. But the governor of Nevada apparently has different priorities.”

Murray said the court’s actions in the emergency cases on what some have called the court’s “shadow docket” don’t command the same attention as rulings in cases that have gone through the process of extensive briefings and public oral arguments.

What does refocus the public on the court, she said, are things like Ginsburg’s revelations about her health.

The 87-year-old said after the term ended that lesions on her liver were discovered in February. She began immunotherapy, but it was unsuccessful. She now is undergoing biweekly chemotherapy, and it has helped keep the cancer at bay, she said. She disclosed the cancer — she has had three previous bouts — only after settling on her treatment plan.

If Ginsburg’s health were to force her off the court, Trump would try to name her successor before the election, and Senate Majority Leader Mitch McConnell (R-Ky.) has made clear he would do his best to secure the votes.

But even if Ginsburg’s departure were to be imminent or somewhere down the road, her illness and age will focus attention on “who on the ballot will be the one to name her successor,” Murray said.