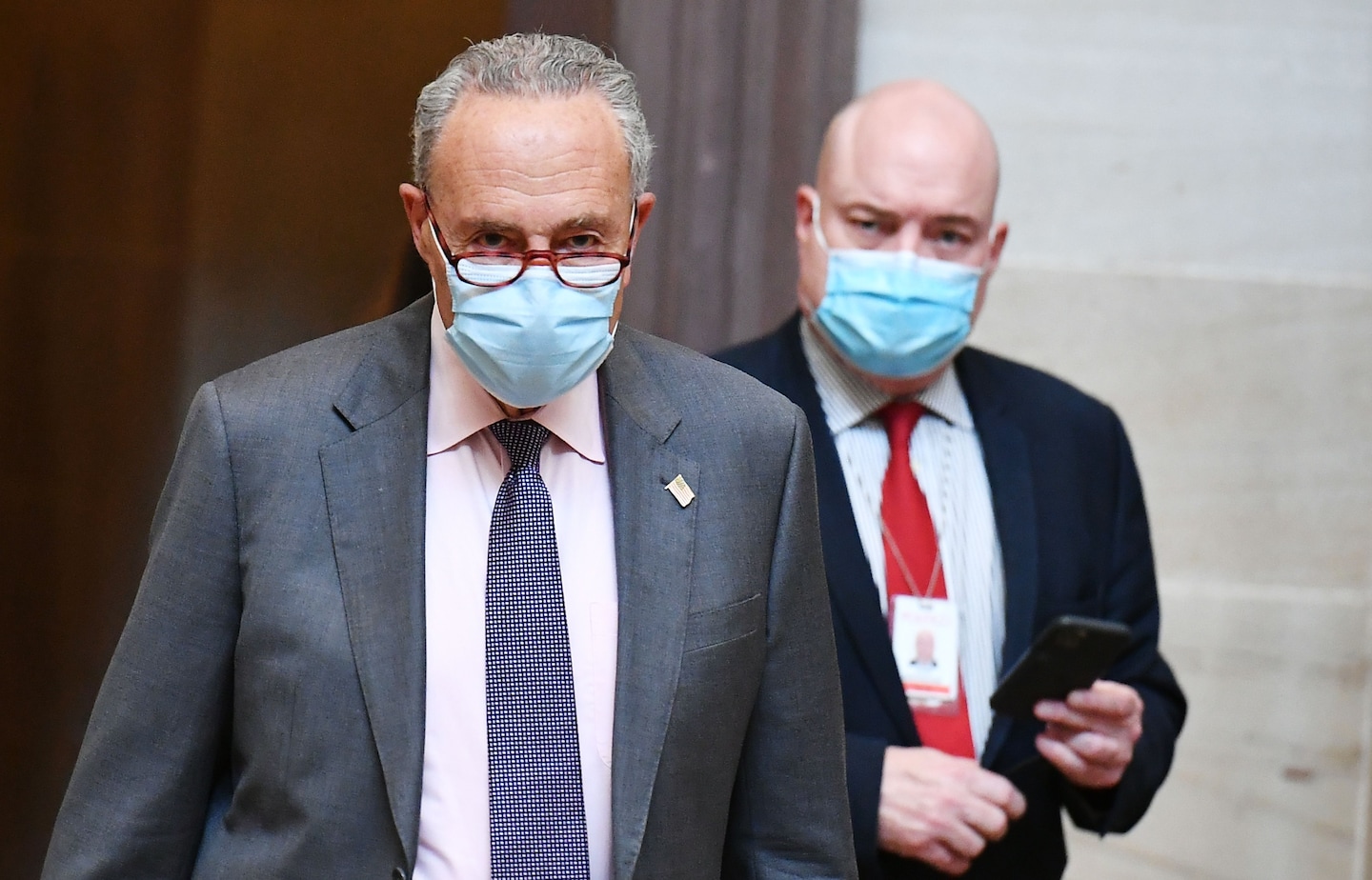 The president has been floating the possibility of acting unilaterally for several days, but he detailed his specific plans for the first time Wednesday at the beginning of a coronavirus news conference at the White House. It came as negotiations continued between top Trump administration officials and congressional Democrats, but agreement remained elusive.

“We’re negotiating right now as we speak and we’ll see how that works out,” Trump said. “In the meantime, my administration is exploring executive actions to provide protections against eviction. … As well as additional relief to those who are unemployed as a result of the virus. Very importantly, I’m also looking at a term-limited suspension of the payroll tax.”

It’s unclear how far Trump could actually go on his own, and some allies have described the threat of executive action as a way to gain leverage over Democrats in the talks. Administration officials and congressional Democrats agreed earlier this week to try to make a deal by Friday to pass legislation next week, but multiple disagreements remain between the two sides so it’s unclear whether that is a realistic goal.

White House Chief of Staff Mark Meadows said earlier Wednesday that if no deal was struck by Friday, further negotiation would be pointless and Trump would act on his own. But Democrats insisted they wanted to keep negotiating until they could reach agreement on an overall relief bill.

“I feel optimistic that there is a light at the end of the tunnel, but how long that tunnel is remains to be seen,” House Speaker Nancy Pelosi (D-Calif.) said.

Pelosi addressed the issue of executive actions in an interview Wednesday on MSNBC, saying that Trump might be able to extend the moratorium on evictions — which expired last month — on his own, but she argued that would be of limited use without money attached. Democrats are pushing for rental assistance and housing assistance as part of the talks.

“And, again, he can’t do the money without the Congress of the United States,” Pelosi said. “The power of the purse begins in the House,” she added, referring to Congress’s constitutional authority over spending.

Meadows told reporters he was exploring all options Trump might have to be able to act unilaterally.

“I’ve been working around-the-clock to look at the options the president has at his disposal within the confines of his legal authority within the executive branch,” Meadows said. “We are looking at a number of creative ways to address the real needs.”

The issue of expired unemployment benefits has emerged as a flash point in the negotiations. Congress in March approved a $600 weekly federal benefit for people who lose their jobs — on top of whatever state unemployment offices pay — but that enhanced payment expired last Friday. The approximately 30 million workers who had been receiving it are in increasingly desperate straits as the economic recovery has stalled and deaths from the coronavirus continue to rise in a number of states.

Many Republicans argue that the $600 enhanced benefit acted as a disincentive for people to return to the workforce because large numbers of unemployed people made more money on unemployment than they had at their jobs. In negotiations on Tuesday, Trump administration officials proposed reducing the figure to $400 weekly through early December, according to two people with knowledge of the talks. The offer was first reported by Politico.

But Democrats have refused to move off the $600 figure, and dispute the notion that it acts as a disincentive. A recent study by three Yale economists found that workers receiving the extra benefits returned to work at about the same rate as others.

Meadows and Treasury Secretary Steven Mnuchin have been meeting with Pelosi and Senate Minority Leader Charles E. Schumer (D-N.Y.) almost daily for more than a week, with the talks seeming to show real progress on Tuesday as the negotiators set a timeline for making a deal and began trading offers. But by Wednesday, Meadows and Trump were back to making public threats and criticizing the Democrats.

The enhanced unemployment benefit is one of multiple issues dividing the parties. Democrats’ starting point is a wide-ranging $3.4 trillion bill passed by the House in May, but Republicans say they can’t support a figure anywhere near that.

Last week, the Trump administration tried to force Democrats to accept a stopgap extension of unemployment benefits and a lapsed eviction moratorium. Democrats have continued to insist on a comprehensive bill. Senate Majority Leader Mitch McConnell (R-Ky.) last week introduced a long-delayed $1 trillion counteroffer, but it has not attracted the support of many Senate Republicans, and Trump never endorsed it.

Another issue dividing the parties is aid to state and local governments. Democrats are seeking about $1 trillion in new aid for states and localities that have laid off more than 1 million workers since February and that face the prospect of more mass layoffs because of a huge drop in tax revenue. Trump repeated his argument Wednesday that Democrats want a “bailout” of poorly managed states.

The Trump administration is now offering $150 billion in state and local aid, according to the two people with knowledge of the talks, who spoke on the condition of anonymity to describe them. Republicans are also arguing that other money — such as the $105 billion they support for schools — should qualify as state aid, an argument Democrats reject.

Democrats also have grown increasingly focused on issues with the U.S. Postal Service. Mail delays have been occurring in various places, an issue that feeds into Trump’s warnings about the dangers of mail-in voting, claims that have been heavily disputed. Schumer and Pelosi demanded to meet with Postmaster General Louis DeJoy, who participated in a portion of Wednesday’s negotiating session but left without answering reporters’ questions. Schumer said they had a “heated” exchange in which Democrats pressed DeJoy on mail delays and other issues.

Democrats are now seeking $10 billion in spending for the Postal Service over a year, a change from the $25 billion over three years that was their original proposal, said the two people with knowledge of the talks.

White House and Democratic negotiators plan to meet again Thursday at 5 p.m. for what is expected to be a lengthy session aimed at determining whether a deal is in reach ahead of the Friday deadline set by the White House.

Tony Romm contributed to this report.