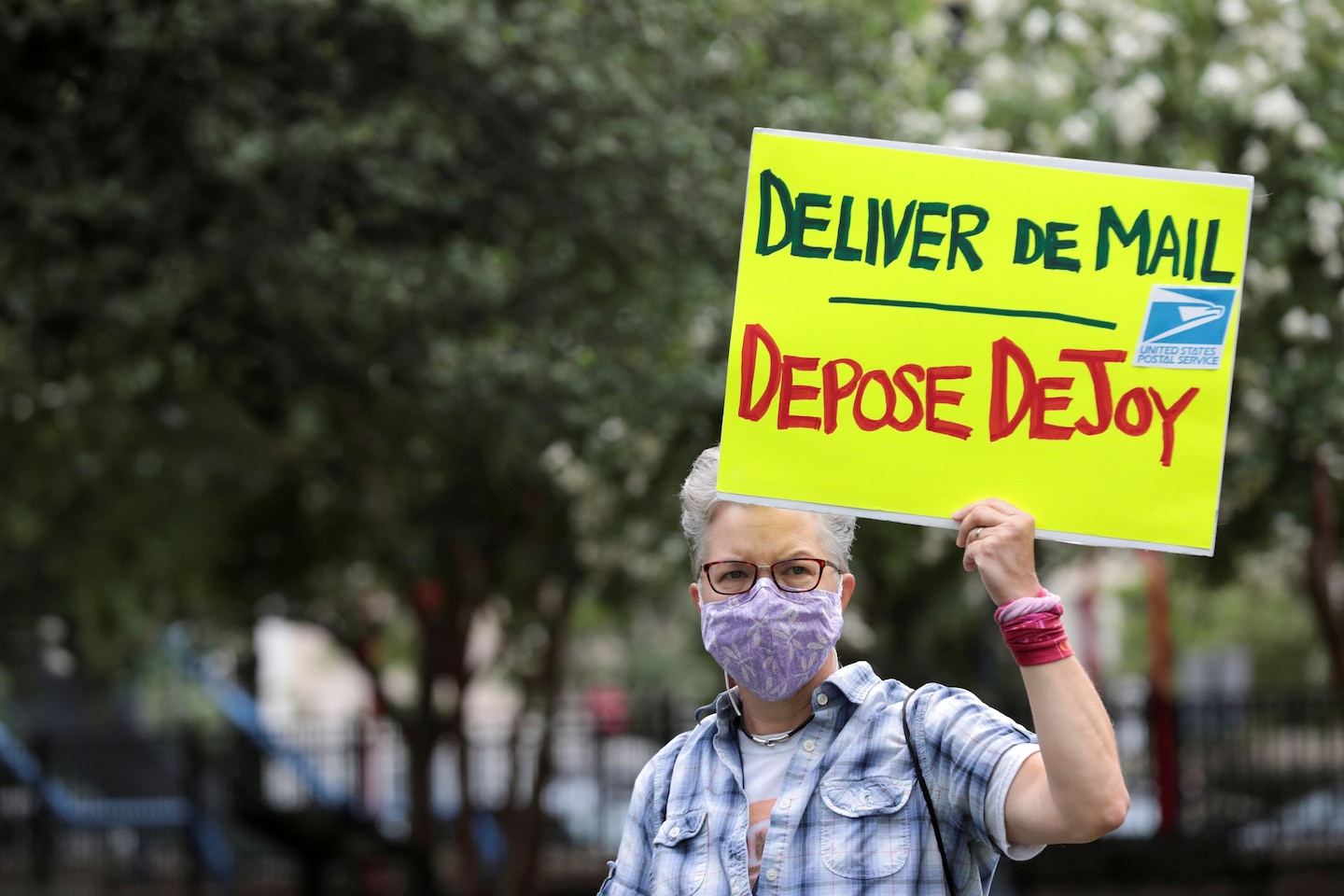 Clamors from Democrats in both chambers for hearings with DeJoy grew over recent days after President Trump said he wanted to withhold funding from the Postal Service to attempt to hobble its ability to process election mail.

Democrats have alleged that DeJoy, a former Republican National Convention finance chairman, is taking steps that are causing dysfunction in the mail system and could wreak havoc in the presidential election.

Republicans brush off those allegations, saying DeJoy must take decisive action to cut costs at the long-beleaguered agency.

The USPS confirmed Tuesday that DeJoy would appear at the Friday hearing.

The Postal Service is in the process of removing 671 high-speed mail-sorting machines nationwide this month, a process that will eliminate 21.4 million items per hour’s worth of processing capability from the agency’s inventory.

On Thursday and Friday, it began removing public collection boxes in parts of California, New York, Pennsylvania, Oregon and Montana. The agency said Friday that it would stop mailbox removals, which it said were routine, until after the election.

And White House Chief of Staff Mark Meadows said on CNN’s “State of the Union” on Sunday that it would also halt sorting-machine removals.

Meadows also said the White House is open to Congress passing a stand-alone measure to ensure the U.S. Postal Service is adequately funded to manage a surge in mail voting in November.

“The president of the United States is not going to interfere with anybody casting their votes in a legitimate way whether it’s the post office or anything else,” he said.

Sen. Ron Johnson (R-Wis.), the Senate committee chair, will gavel the Friday hearing remotely, and is expected to press DeJoy on whether the Postal Service truly needs the $25 billion in emergency funding that the House has pushed. President Trump’s administration has backed away from its hard line stance against any postal aid, and signaled it could be willing to approve $10 billion. The agency has $15 billion in cash and another $10 billion it can access in a Treasury loan. Analysts of its finances say that is more than enough liquidity for the Postal Service to make it through the November election. The Postal Service’s own estimates say it has enough cash on hand to survive through at least March.

Senate Democrats — including the party’s presumptive vice-presidential nominee Sen. Kamala D. Harris (Calif.), and Sen. Gary Peters, who launched his own investigation of mail delays last week — are poised to grill DeJoy on his connections to the Trump White House.