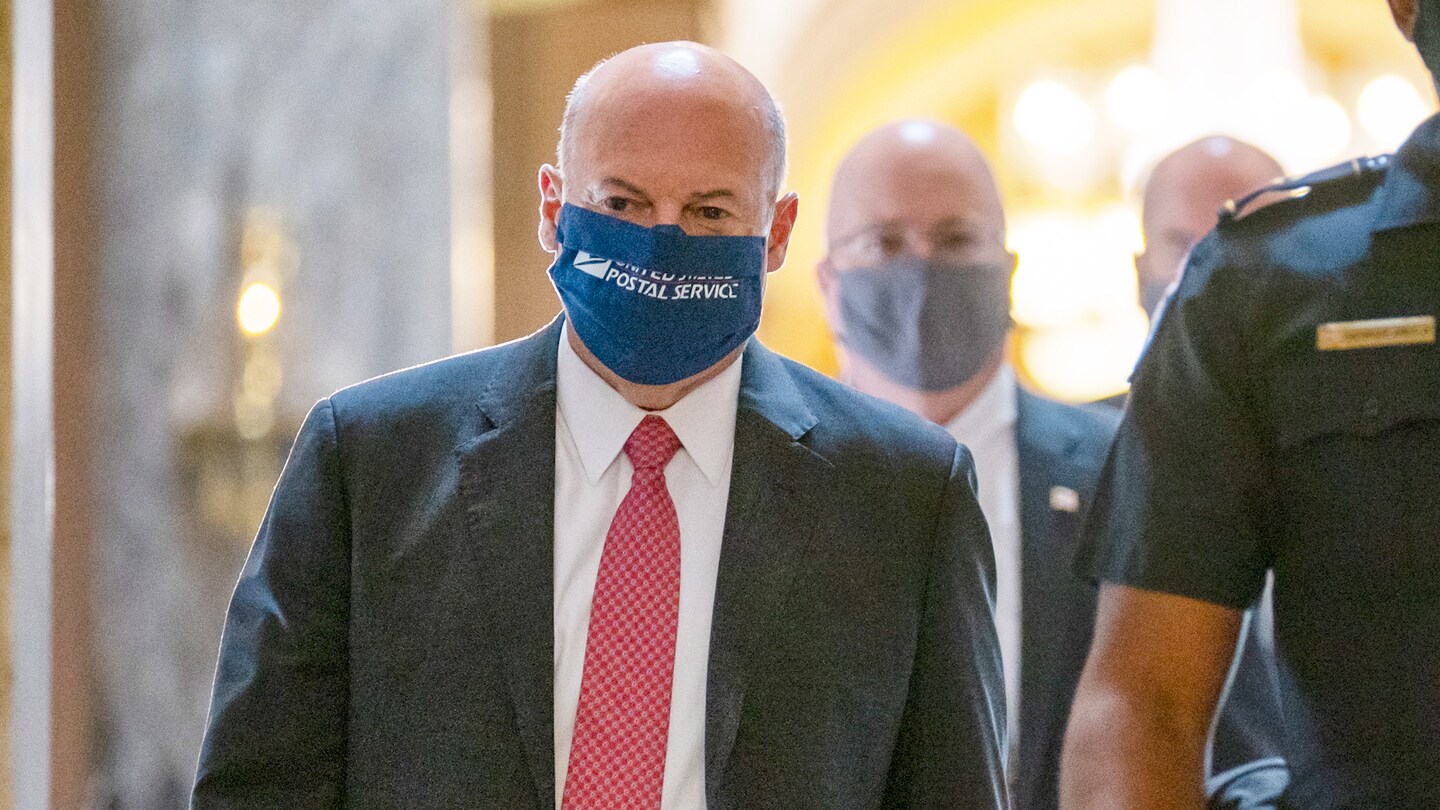 Rep. Debbie Wasserman Schultz (D-Fla.) jousted with DeJoy on the Postal Service’s removal of mail-sorting machines, accusing DeJoy of assigning responsibility to local leaders to determine processing capacity but refusing to allow them to reinstall machines that the agency plans to dismantle.

In an earlier exchange with Rep. Stephen F. Lynch (D-Mass.), DeJoy forcefully declared he would not allow postal workers to replace the close to 700 sorting machines — more than 10 percent of the Postal Service’s inventory — that the agency has removed in recent months. He also said under questioning from Rep. Harley Rouda (D-Calif.) that the determination to remove machines was made by the Postal Service’s operations department and by local managers.

Wasserman Schultz accused DeJoy of “not being honest with the committee” about the machine removals, arguing that he was “hiding” plans for their disposal “while removing them at a breakneck pace.”

Wasserman Schultz said Postal Service staffers briefed the committee on Aug. 4, saying “you’d be moving machines around to where they were needed most,” without mentioning completely removing machines. On Aug. 11, she said, the Postal Service’s general counsel wrote to the committee without mentioning machine removals, and on Aug. 14, she said, her office was told that capacity was being expanded at the Royal Palm processing facility in South Florida and that machines would not be removed.

“It was only after I spoke with local postal workers that I was told about the [Flat Sequencing System] machine at Royal Palm, which has been shut down and roped off since July,” she said. “Press outlets finally revealed the internal plan to remove more than 600-plus sorting machines. You were not transparent. We had to get it from news reports.”

Wasserman Schultz asked DeJoy whether he knew of any managers who had requested to reconnect mail-sorting machines.

“How would I know that?” DeJoy responded.

“You’re in charge,” Wasserman Schultz shot back. She displayed an image moments later of a bar code sorter machine at a Florida facility that was unplugged but remained in place, saying postal workers were not authorized to plug it back in.

“Do you believe that it is the local handlers’ job to decide whether they need a sorting machine?” Wasserman Schultz asked. “And will you give them the freedom to plug the machines back in and bring machines that haven’t been taken apart back online in order to make sure we can get the mail out on time, which you acknowledge has gotten worse since your arrival?”

“That was a long list of accusations,” DeJoy said, but Wasserman Schultz cut in.

“No, I just want a simple answer to the question,” she said.

“No, no,” Wasserman Schultz said. “It’s always my time. And I’d like an answer to the question.”

“We have a management team that is responsible for making decisions as to what machines are used and not used,” DeJoy said.

“But those things are decided locally,” Wasserman Schultz responded, as Republican members of the committee argued that she had exceeded her time. “Will you let them decide that locally?”