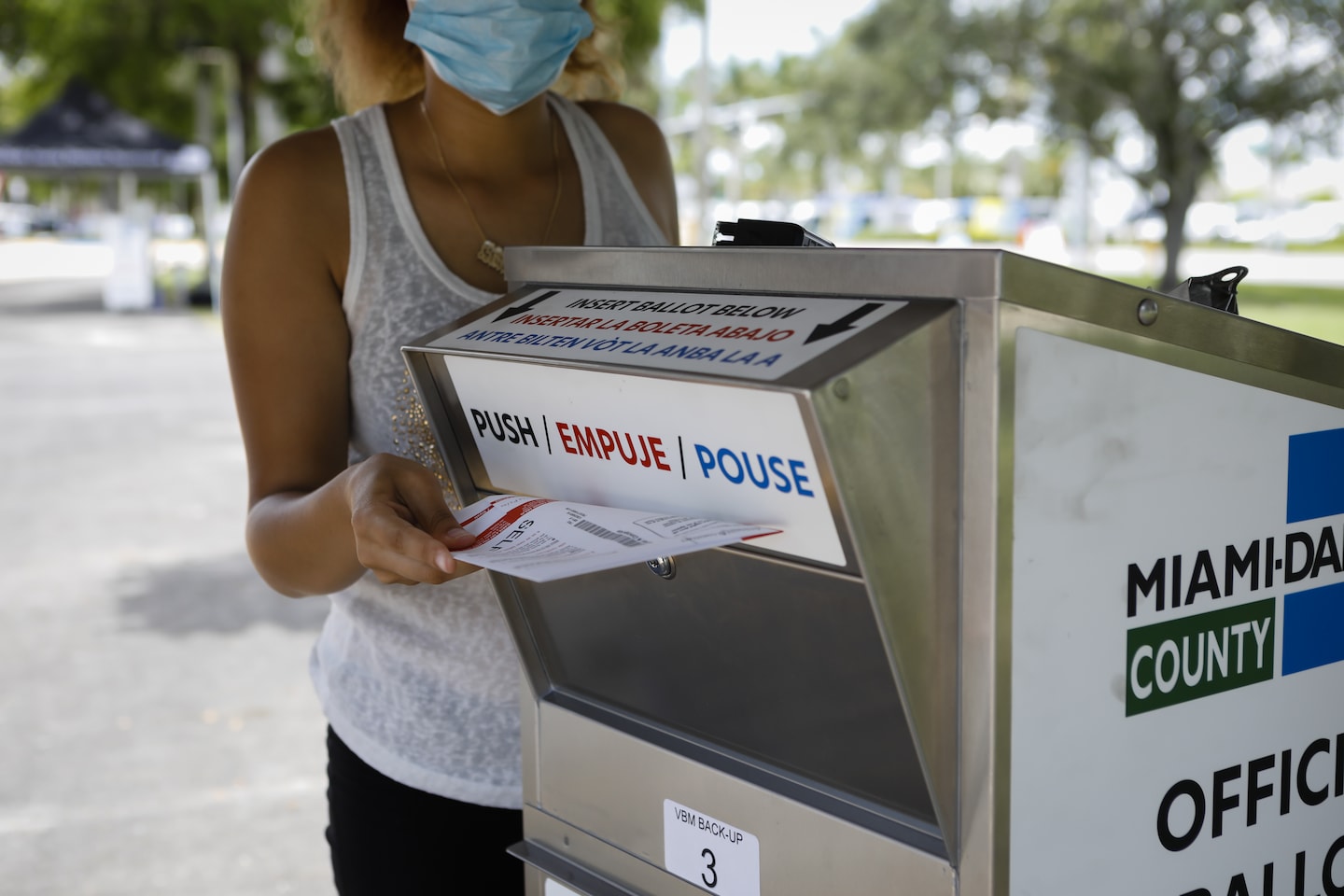 That is, unless you were Black. Or Latina. Or Asian. Or Indigenous.

We cannot mark this day, now known as Women’s Equality Day, without remembering all the American women who were not included in that voting rights victory a century ago. Black activists such as Ida B. Wells had dealt with discrimination and rejection from White suffragists in their work to secure the vote. And when the 19th Amendment was ratified at last, Black women were again left behind: Poll taxes, literacy tests and other Jim Crow voter suppression tactics effectively prohibited most people of color from voting.

In fact, if I had been alive in 1920, I might not have been allowed to cast a ballot alongside White women. Neither would my mother, an immigrant from India, who first taught me how sacred our vote is. It would be another 45 years until the Voting Rights Act protected the voting rights of millions more voters of color — and an additional 10 years until Latinas and Indigenous women were no longer subject to literacy tests.

So although the centennial of the 19th Amendment offers a reminder that extraordinary progress is possible, it is also a reminder that there has never truly been universal suffrage in America.

We know what we have to do to fulfill the promise embodied in the 19th Amendment: We need to pass the John Lewis Voting Rights Act, support automatic and same-day voter registration and help fund secure state voting systems. And that is what Joe Biden and I will do when we’re in the White House.

But change cannot wait until then. Republicans are once again doing everything in their power to suppress and attack the voting rights of people of color. They are deploying suppressive voter ID laws, racial gerrymandering, voter roll purges, precinct closures and reduced early-voting days — all of which have been laser-targeted toward communities of color since the Supreme Court gutted the Voting Rights Act in 2013.

And this year, Republicans are also spending millions on every scare tactic and trick in the book. Most visibly, they are doing what they can to take advantage of a pandemic that the president cannot, or will not, get under control. They are spreading misinformation about voting by mail — a safe and secure voting option — and they have been caught trying to politicize the U.S. Postal Service. Meanwhile, the president himself has already requested a mail-in ballot this year and encouraged his supporters to do the same in places where he needs a political advantage to win. This double standard is not right and cannot stand.

Our campaign, on the other hand, is committing the resources needed to beat back voter suppression. We need to make sure that everyone who’s eligible to vote is able to do so — and that their vote is counted.

We’re working with election officials across the country to add early-voting locations. Where possible, we’re providing absentee ballot request forms with prepaid postage and tracking applications to confirm they were submitted, in accordance with state laws. And when necessary, we’ll go to court to protect everyone’s right to access the polls and safely cast their ballot — in person or through the mail.

That said, this has to be a full team effort. Around 1920, Black women set up “suffrage schools” to teach each other how to pay a poll tax or pass the literacy test imposed on Black Americans by local election officials. So in that spirit, here’s what you, as voters, need to do: First, check that you’re registered to vote at iwillvote.com. Then, vote early if possible, either in person at your polling location while wearing a mask, or by requesting a ballot by mail, which you can mail back or drop off at drop boxes or at your local Board of Elections.

If we do that — and if we vote in numbers no one has seen before — we can prove that these past four years do not represent who we are or who we aspire to be. And we can finish the work begun long ago to bring more voices into our democracy.

After all, when the 19th Amendment was ratified 100 years ago, it would have been unimaginable for a Black woman to be a serious contender for the vice presidency of the United States.

So this fall, remember the struggles and sacrifices that made it possible. Because the best way to honor the generations of women who paved the way for me — for all of us — is to vote, and to continue their fight for all Americans to be able to do the same, no matter their gender, race, age, ability or Zip code.