The GOP lectures about history — while getting its history wrong 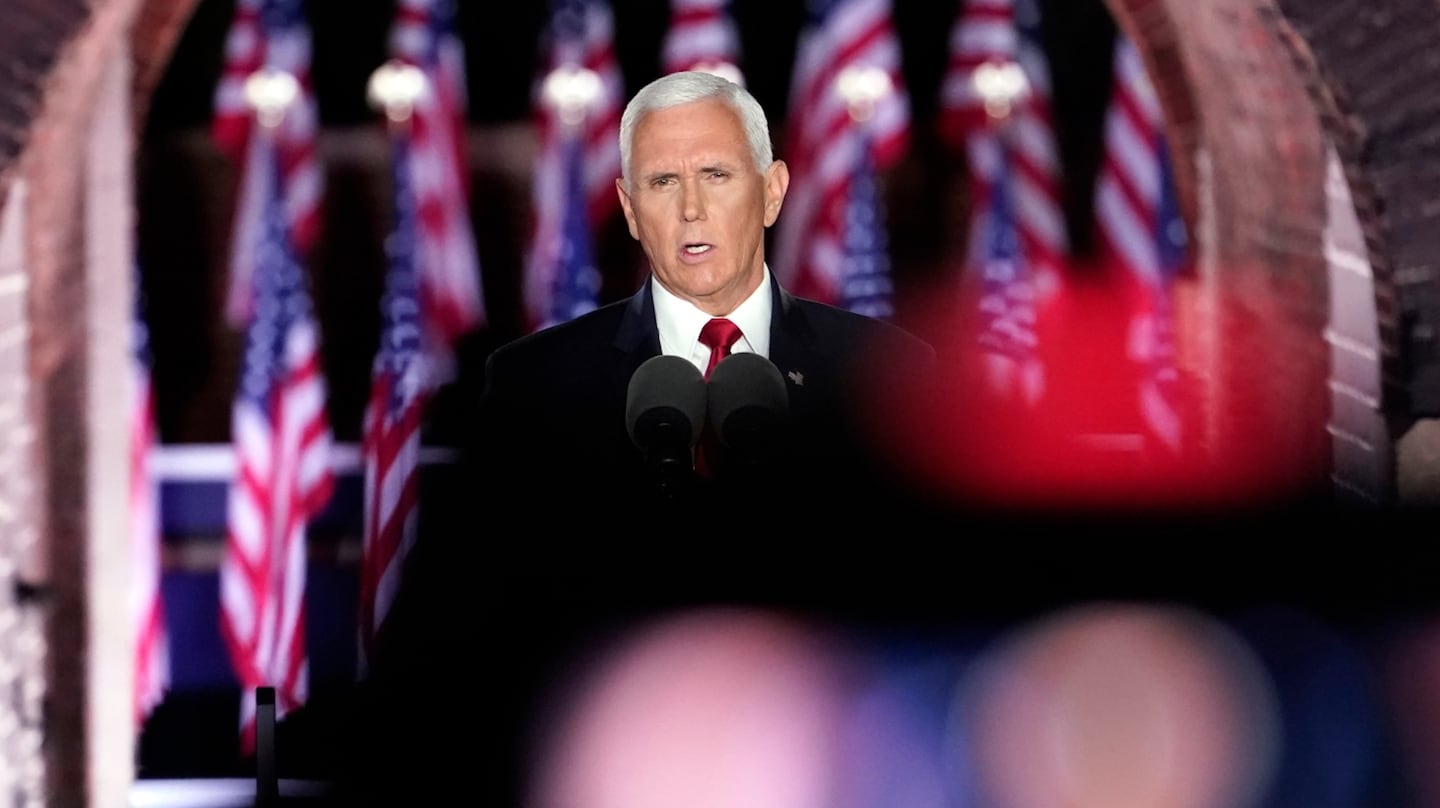 But repeatedly at this week’s convention, the GOP has failed its own test.

Lara Trump’s own speech, notably, included a quote she wrongly attributed to Abraham Lincoln, in which she claimed, “Abraham Lincoln once famously said: ‘America will never be destroyed from the outside. If we falter and lose our freedoms, it will be because we destroyed ourselves.’ ”

In fact, there’s no record of Lincoln saying this. He offered a somewhat similar quote in 1838, saying: “At what point then is the approach of danger to be expected? I answer, if it ever reach us, it must spring up amongst us. It cannot come from abroad. If destruction be our lot, we must ourselves be its author and finisher.”

The false quote has circulated widely as a Lincoln meme dating back to the past year, but it has been fact-checked repeatedly, and Facebook has even flagged it as misinformation — making Lara Trump’s flub all the more ironic, given what she said about her teacher’s advice.

Even the somewhat similar quote is interesting in that its apparent intent isn’t what Lara Trump’s speech suggested — and could be read to say something quite different about President Trump himself. While she connected the quote to the threat of socialism and a failure to maintain American ideals, historians believe it refers to the idea that tyrants would emerge from such unrest.

Michael A. Burlingame, the head of the Lincoln studies program at the University of Illinois at Springfield, told PolitiFact in 2019 that Lincoln “was denouncing mob violence which would lead to chaos, provoking the public to demand law and order, which would be provided by an ambitious leader who would rule tyrannically.”

Indeed, in the same 1838 address, Lincoln goes on to say, “At such a time and under such circumstances, men of sufficient talent and ambition will not be wanting to seize the opportunity, strike the blow, and overturn that fair fabric, which for the last half-century, has been the fondest hope of the lovers of freedom throughout the world.”

The other big error Wednesday night came from another speaker who, even while pressing the importance of history, got his facts wrong.

Madison Cawthorn is the 25-year-old North Carolina congressional candidate whom Republicans have elevated as a rising star. He intoned that “if you don’t think young people can change the world, then you just don’t know American history. George Washington was 21 when he received his first military commission. Abe Lincoln, 22, when he first ran for office. And my personal favorite, James Madison, was just 25 years old when he signed the Declaration of Independence.”

The most glaring problem, though, is that James Madison didn’t just not sign the Declaration of Independence when he was Cawthorn’s age; he didn’t sign it at all. That seems like a pretty bad error to make about your favorite historical figure — not to mention when you’re pressing the importance of understanding history.

Cawthorn and his campaign then compounded the issue with some … novel cleanup work.

According to ABC News, Cawthorn’s campaign in a news release relaying his remarks replaced the line about Madison with another that Cawthorn didn’t say: “Thomas Jefferson was 33 when he wrote the Declaration of Independence.”

But Cawthorn himself tweeted that he had ad-libbed the line and that he “meant to say James Madison was 25 when the Declaration was signed.” Cawthorn then added: “After speaking all of that truth. … I was afraid the fact-checkers were going to get bored. I wanted to give them something to do.” (A pretty good gag!)

He continued: “Lincoln said that ‘any nation that does not honor its heroes will not long endure.’ ”

But according to a Lincoln scholar, the 16th president never uttered those words.

“This quote pops up frequently but does not originate with Lincoln,” Christian McWhirter, a Lincoln historian at the Abraham Lincoln Presidential Library and Museum, wrote to The Post in an email. “The earliest occurrence I’ve located is actually from a speech given about Lincoln in 1911 by Hugh Gordon Miller.”

Cameron is not the first person to attribute the statement to Honest Abe. His campaign team pointed to this as the reason for using the quote.

“In researching inspirational material for the speech, our team found this quote attributed to Lincoln in numerous places. The sentiment rang true and is one that [Attorney] General Cameron feels deeply. Daniel grew up 15 minutes from Mr. Lincoln’s birthplace and is a living testament to the legacy our greatest president wanted to leave for the United States,” the Cameron campaign team said in a statement.

When one searches for this alleged Lincoln quote, in fact, the first result links to fake and unverified quotes attributed to the former president. Lincoln did employ the “endure” language in the Gettysburg Address but not with regard to American heroes. “Now we are engaged in a great civil war, testing whether that nation — or any nation, so conceived and so dedicated — can long endure,” Lincoln said.

And indeed, the idea that a quote “rang true” is precisely the point raised by other speakers about the importance of understanding and having a regard for history. If you’re going to camp out on that high ground and argue that historical tidbits and alleged quotes back up your case for the future of the country, you might want to make sure you understand the history yourself.