The ‘missing’ immigrant voters whose absence might swing the election 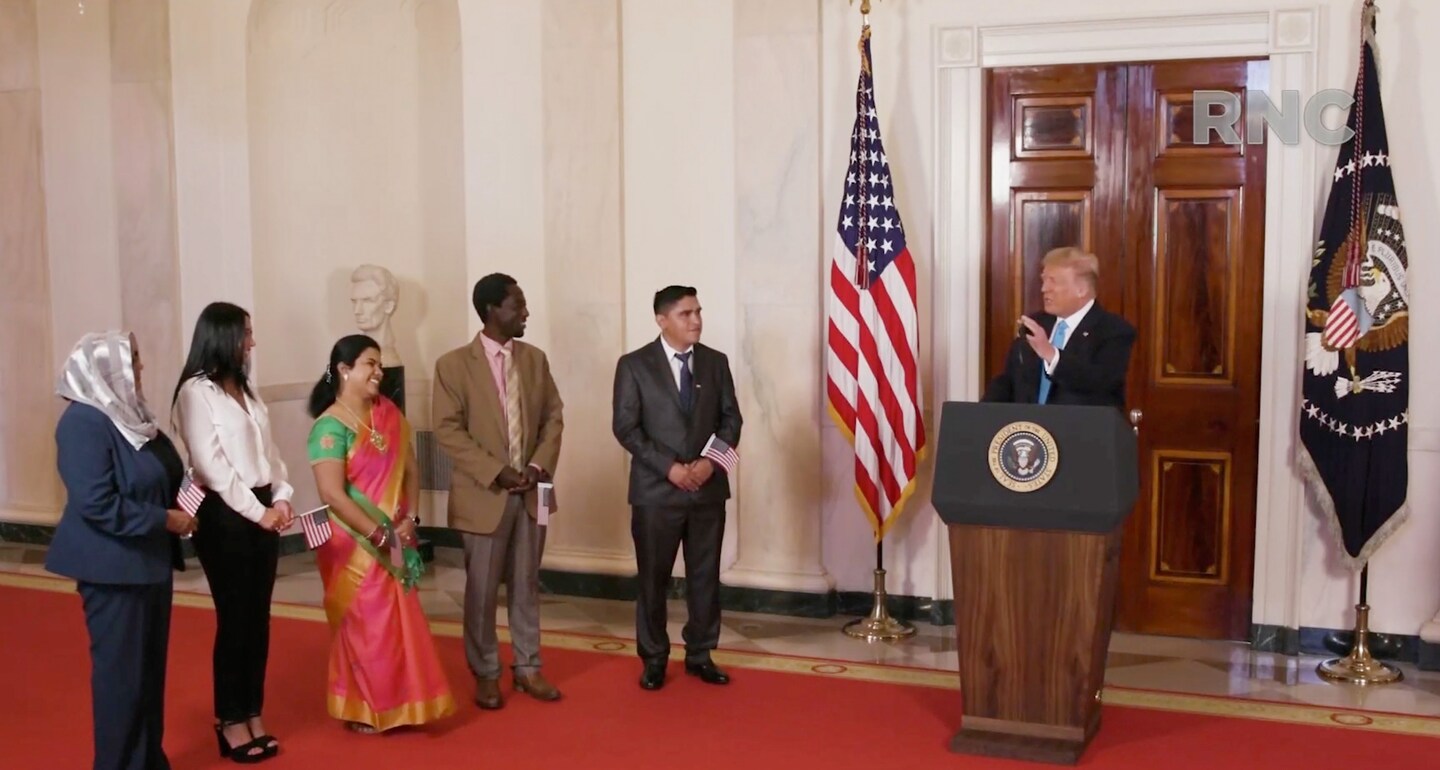 Nonetheless, they were unusually lucky.

After all, they gained citizenship just under the wire to be eligible to vote in November. Meanwhile, in a truer reflection of President Trump’s immigration record, an estimated 200,000 to 300,000 other would-be citizens are likely to be disenfranchised.

The absence of these hundreds of thousands of “missing voters,” many of whom live in swing states, could be sufficient to sway the election.

To be fair, the pandemic has made the work of all organizations more challenging. The agency that processes naturalization applications is no exception. U.S. Citizenship and Immigration Services offices were shuttered from March through early June, and since reopening have operated below capacity to accommodate social distancing.

“USCIS is completing more citizenship applications, more efficiently and effectively, and outperforming itself as an agency,” USCIS spokesperson Dan Hetlage wrote in an email touting the agency’s record. Naturalization oaths have been prioritized in recent months, he noted, and all 110,000 immigrants who had already been approved for citizenship when offices closed in March, and who were awaiting only their formal swearing-in ceremony, have been naturalized.

This is awesome news for those 110,000, just as it was for the five enlisted to whitewash the president’s immigration record. But they’re a teeny part of the story.

Hundreds of thousands more immigrants are just a step or two behind these newly minted citizens. In a normal year — and perhaps under a less hostile administration — these people would already have been background-checked, fingerprinted, interviewed, approved and “oathed” by now, but they haven’t been, because of office closures and persistent productivity slowdowns.

This month, about 40,000 people will be interviewed for citizenship, Hetlage wrote. In recent years, the agency conducted about 70,000 naturalization interviews monthly, according to historical data analyzed by Boundless Immigration, a tech company that helps immigrants obtain green cards and citizenship.

Christine Ameyaw-Akumfi, a Ghanaian national who lives in Atlanta, is among the unlucky immigrants stuck in the queue.

She has dreamed of U.S. citizenship for almost two decades, ever since she came to the United States for grad school. But subsequent complications — including the death in Afghanistan of her husband, who had been sponsoring her for a green card — made her application process unusually protracted. She had hoped to finally be naturalized in time for the 2020 election. But with one canceled interview still not rescheduled, she is no longer hopeful.

“Time is ticking away,” she said. “I just have to sit and watch in horror because I can’t do anything.”

Vanessa Solomon, a nurse from Saint Martin who works in a covid-19 intensive care unit in Texas, is further along. After one interview cancellation, and months of delays, Solomon was finally interviewed — and approved! — for citizenship last Friday.

Her “huge sense of relief,” unfortunately, was followed by deep disappointment.

Notification of her oath ceremony won’t even arrive for four to six weeks, she was told, and the ceremony will occur sometime in subsequent months. Meanwhile, Texas’s voter registration deadline is Oct. 5. She had been eager to vote for Democratic vice-presidential candidate Kamala D. Harris — who, like Solomon, is a Black woman of Caribbean heritage.

“This might have been my once-in-a-lifetime chance to vote for someone who makes me feel like she represents me as a person,” Solomon told me.

USCIS says it expects to naturalize 600,000 people in the fiscal year ending Sept. 30, which, Hetlage said, represents “another extremely productive year.” In fiscal 2019, however, the agency naturalized 834,000, or about 40 percent more people. Moreover, data available through March suggest that applications surged this year. The uptick is almost certainly driven by the presidential election, and news that the administration will soon nearly double the naturalization application fee.

This fee hike wasn’t the only way USCIS had put naturalization further out of reach even before the pandemic stalled the process. Pre-coronavirus, the time to process an application had doubled under Trump — averaging 10 months last year, according to Boundless, with much longer waits in some regions.

The Trump administration has also tried to make it more difficult for active-duty service members to become U.S. citizens, an effort a federal court ruled against on Tuesday. That ruling came the same day as Trump’s made-for-RNC naturalization ceremony, wherein he portrayed himself as the champion of immigrants willing to follow the rules.

“I was screaming and yelling at the TV,” said Ameyaw-Akumfi. “It isn’t that easy. Talk to any other immigrant, they’d tell you: It’s not that easy.”

Only on Trump TV does immigration look easy and Trump pro-immigrant.