In a moment that called for self-sacrifice, Justin Turner opted for a frustrating celebration 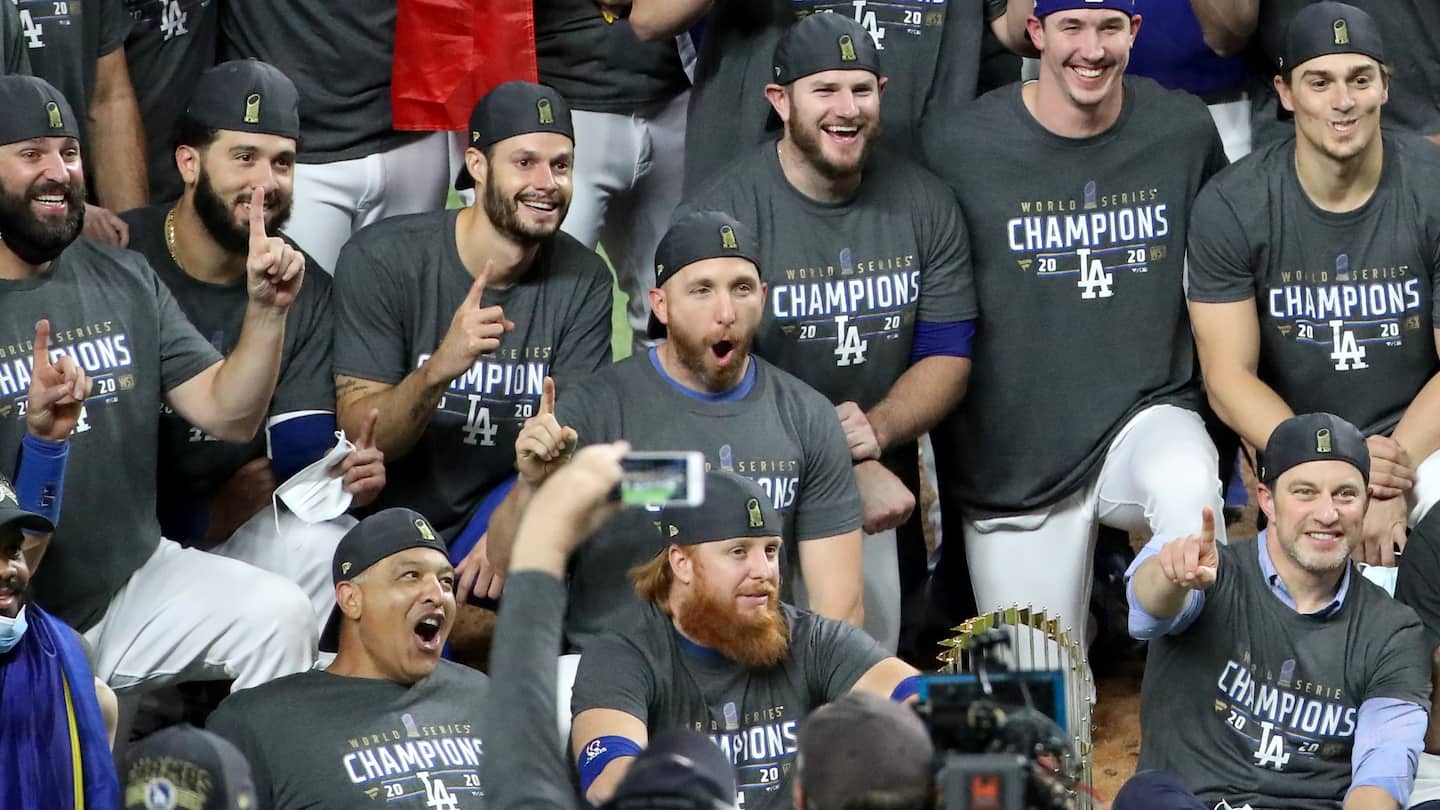 People work their whole lives for moments such as the one Turner had earned. The pull to be there was too great, pandemic be damned. The possibility of missing it did not exist.

Major League Baseball had just completed a truncated 60-game season that, at several points, seemed on the precipice of collapsing because the virus raced through two clubhouses. Baseball and the players survived that — and then headed into postseason bubbles. Restrictions at MLB’s hotel in Irving, Tex., were so severe that players weren’t allowed to practice putting on the outdoor green, lest they be seen as congregating. They were tested daily. Security was everywhere.

The protocols worked: For nearly two months, no player tested positive. The Dodgers’ victory over the Tampa Bay Rays was set to be a testament to how the spread can be stopped when people take the virus seriously and behave accordingly.

When Turner joined his teammates in celebration — hugging them with his mask on, posing for the photograph with it off, kissing his wife, mingling closely — he chipped away at some of that accomplishment.

“Thanks to everyone reaching out!” Turner tweeted early Wednesday morning. “I feel great, no symptoms at all. Just experienced every emotion you can possibly imagine.”

Here’s another one some of us were feeling: frustration.

This World Series between teams from Florida and Los Angeles, staged at a neutral site in Texas to eliminate travel and keep the teams’ bubbles intact, was unsettling. The restaurants in nearby Fort Worth, where I stayed, are open and were packed over the weekend, even indoors. The signs in the hotel lobby stating that masks were required in all public spaces were followed — by some of the people, some of the time. Perhaps the most uneasy moments I experienced came in Games 3, 5 and 6, when cool weather and the threat of rain meant the roof at Globe Life Field would be closed, meaning more than 11,000 people would be indoors to take in a ballgame.

Some things we know about the virus and its spread: Fewer people are better than more. Outdoors is better than indoors. And, ultimately, the choices you make reflect how much risk you’re willing to take.

But the frustration with people not wearing masks or mingling closely — or both — is that their personal choice impacts others. That notion was impossible to escape in watching Turner celebrate. Maybe he will be fine. Maybe his teammates won’t be affected. The numbers for Turner’s demographic — 35, healthy, strong — make it statistically unlikely that he will be hospitalized or become another of the more than 226,000 Americans who have died of the virus.

Yet the choice — to know he was positive yet participate in close contact over and over again — casts aside the discipline Turner needed to transform himself from onetime castoff to franchise bedrock. The emotion of the moment trumped the best medical advice we have. It was more important for Turner to smile for the camera than to protect his teammates. Not just his teammates. Their families. The Dodgers’ staff. The stadium workers present on the field.

“I totally understand the question,” Andrew Friedman, the Dodgers’ president of baseball operations, said early Wednesday morning when asked about the celebration. “If there were people around him without masks, that’s not good optics at all. I think from our standpoint, the people who were around are people who would be in the contact tracing web anyway.”

Major League Baseball didn’t understand, putting out a statement Wednesday that outlined Turner’s disregard for the its security department’s instructions, saying he “emphatically refused to comply.”

“While a desire to celebrate is understandable,” the statement said, “Turner’s decision to leave isolation and enter the field was wrong and put everyone he came in contact with at risk.”

As sports have returned during the pandemic, it has been rewarding to see appropriate behavior modeled for others. That could be Kansas City Chiefs Coach Andy Reid steaming up his face shield or Dodgers Manager Dave Roberts keeping his mask on for nine innings and four hours. Those are personal choices, but they reflect behavior that has the rest of the population in mind. If we’re going to have the diversion of sports, it’s important the people providing it not only keep themselves and others safe but understand millions are watching them.

Now we’re heading to the holidays, and families everywhere are going to face a version of the choice Turner faced early Wednesday morning: Gather, celebrate a special moment and feel normal during a decidedly abnormal time, or stay home, sacrificing joy to lessen the risk for everyone.

In the moment Wednesday morning, Turner decided he couldn’t — or wouldn’t — lessen the risk for everyone else or model such sacrifice to a national audience. Turner had earned the right to be called a World Series champion. He deserved to be able to celebrate with his teammates. But in a year in which so many of us are making choices between what we want to do as individuals and what we need to do for our communities, what we deserve shouldn’t really be part of the equation.