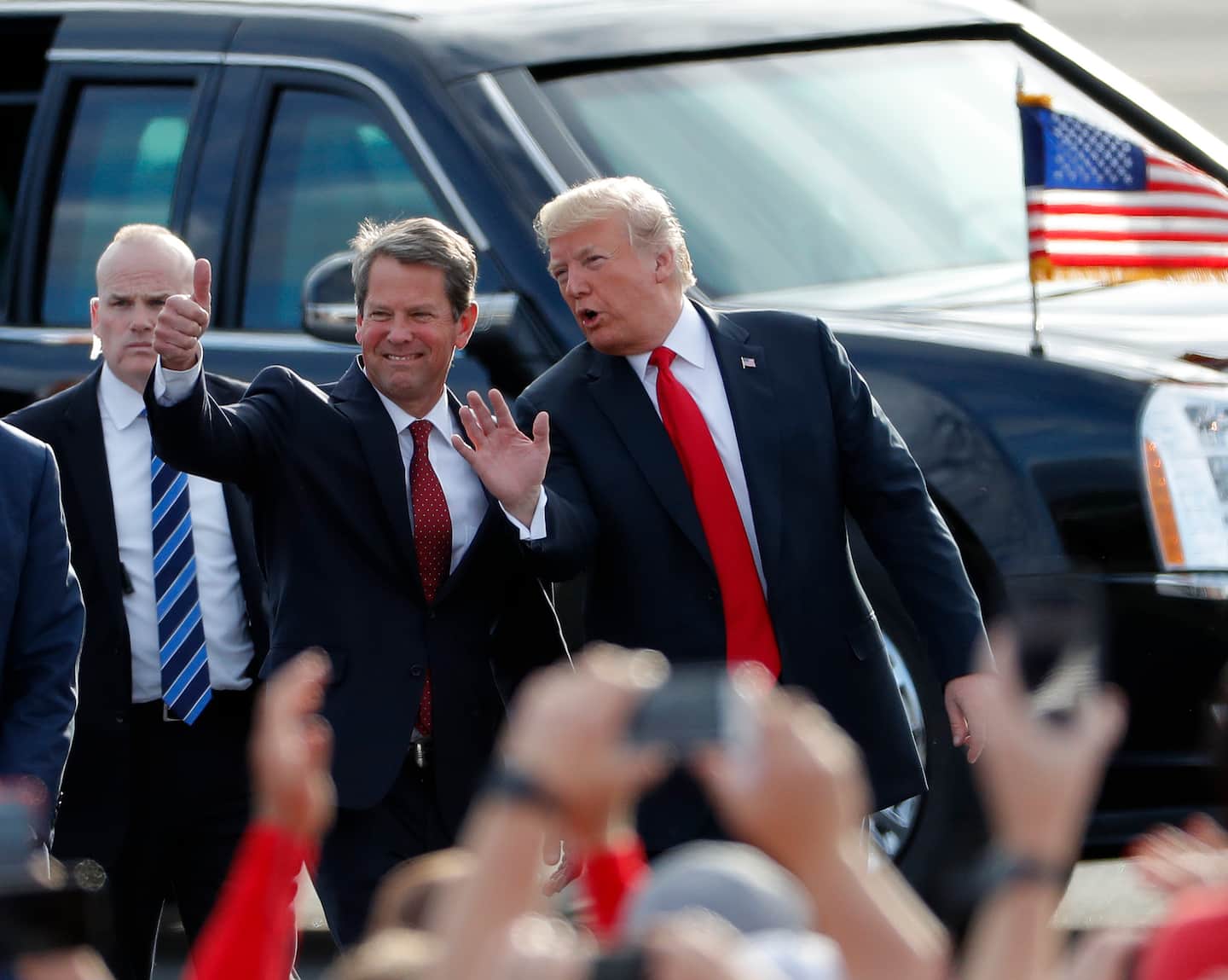 To Trump, though, Kemp is apparently something amounting to a RINO — Republican in Name Only.

“The governor’s done nothing,” Trump complained Sunday on Fox News Channel. “He’s done absolutely nothing. I’m ashamed that I endorsed him. But I look at what’s going on. It’s so terrible.”

Trump then tweeted at Kemp on Monday morning, calling him the “hapless Governor of Georgia” and urging him to overrule Georgia Secretary of State Brad Raffensperger (R).

Leaning on public officials is one thing, but the specific public officials being leaned on is quite another. Both Kemp and Raffensperger have repeatedly warned about voter fraud in recent years, often taking steps derided by Democrats.

At the top of that list is Kemp. Democrats labeled his effort to remove more than a million voters from Georgia’s voter rolls as voter suppression. More than half a million were purged on a single day in 2017, including more than 100,000 for not voting in recent elections. He also drew heat for holding up more than 50,000 new registrations on the eve of the 2018 election, citing a strict and contentious state law.

But his controversial history with combating supposed fraud dates back well before then.

While running for secretary of state in 2009, Kemp made voter fraud his calling card, saying, “If it comes down on my watch, we’ll come down on them hard.”

He quickly emerged as a major proponent of voter ID bills. In 2010, he testified in front of Texas legislators considering a bill similar to one passed in Georgia. Rep. Marc Veasey (D-Tex.) accused Republicans like Kemp of trying to “skim” marginal Democratic voters off the top. Kemp defended the effort by saying, “We have not disenfranchised anyone … especially any minority group.”

In 2011, he wrote a Washington Post letter to the editor in which he rebuked columnist E.J. Dionne for arguing that voter ID laws were meant to discourage voting. “Mr. Dionne argued that photo ID and related election-security laws are not needed because voter fraud ‘is not a major problem,’ ” Kemp wrote. “As chairman of the Georgia State Election Board, I can attest that every year we investigate and penalize hundreds of people guilty of election and voter fraud, and we work with county district attorneys to prosecute them on criminal charges.”

From the start of his tenure as secretary of state until his election as governor, Kemp purged about 1.4 million voters from Georgia’s rolls, with Democratic opponent Stacey Abrams long questioning his legitimacy because of it. After he won the 2018 race for governor, the newly Democratic-controlled U.S. House sent letters to him and his successor, Raffensperger, saying they were investigating the situation.

As with Kemp, when Raffensperger was first running for secretary of state, voter fraud was a key focus of the GOP primary and beyond. At the time, Raffensperger repeatedly said his goal was “to make sure only Americans vote in our elections.”

He added in that campaign that absentee ballots were “the greatest doorway to voter fraud.” He also called absentee voting “the biggest entry point for voter fraud.”

In April, with mail ballots expanding amid the coronavirus outbreak — in a move somewhat similar to Kemp’s a decade prior — Raffensperger launched a task force to root out potential fraud. The state Democratic Party at the time called it “state-sponsored voter intimidation.”

That this man has now, less than three months later, been branded by Trump allies as a squish on voter fraud is pretty indicative of where we are in this moment. That he is now joined in that distinction by Kemp is even more of a statement. And that they are joined in the White House’s crosshairs by another Republican who rooted out actual fraud in Philadelphia — City Commissioner Al Schmidt (R) — but has downplayed concerns about this election tells you just about all you need to know about the actual evidence here.

Many Republicans have been pretty quiet about Trump’s allegations. But perhaps the bigger point is that others who have shown a real desire to focus on alleged fraud have been unwilling to go along with the charade. And they’ve been doing it undoubtedly knowing full well that these Trump nasty-grams awaited them.

Social media liability law is likely to be reviewed under Biden

As Trump’s presidency recedes into history, scholars seek to understand his reign — and what it says about American democracy

Biden wins wide approval for handling of transition, but persistent GOP skepticism on issues will cloud the opening of his presidency, Post-ABC poll finds