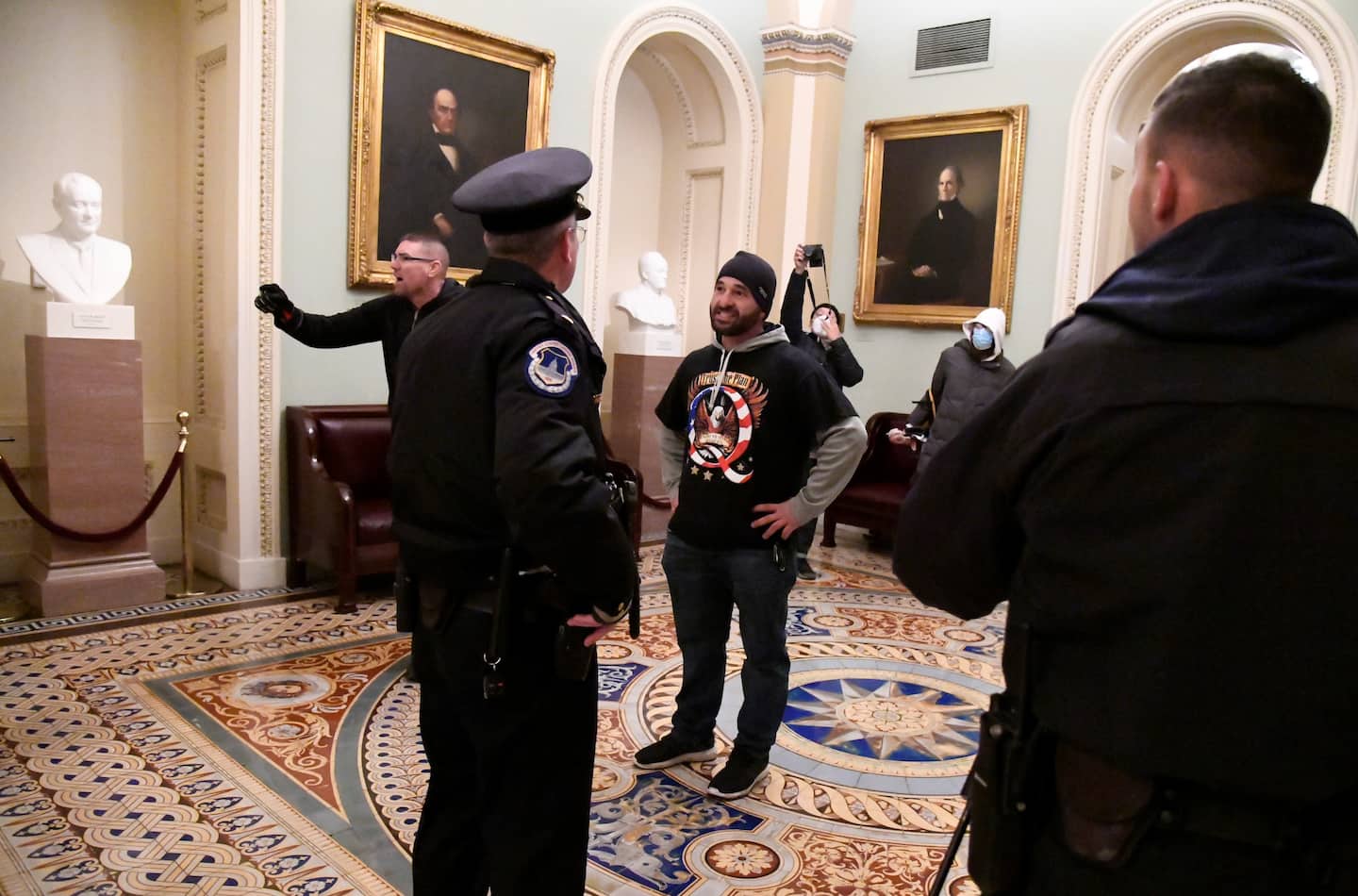 My favorite example for demonstrating the power of the Internet to form ad hoc groups is furries, which I’ll loosely define as people who like to dress up as animals. I don’t know what furries did 50 years ago beyond imagining or surreptitiously donning a wolf costume. I know now, though, that enough people found each other over the Internet and discovered that they shared this passion that entire conventions dedicated to furries emerged. A community that no one knew existed has now taken over convention centers, bringing the issue to the attention of even random newspaper writers.

That’s my favorite example, but it’s also an extreme one. We forget the unusualness of even those communities focused on that particular style of artwork, a discussion that might be reserved for seminar sessions at art academies decades ago, if anywhere. We forget, too, that Wikipedia itself — one of the primary sources of encyclopedic information these days — is itself a community effort, driven by people interested in learning enough about arcane subjects to be able to present that information with at least some measure of presumed authority.

What the Internet has done, among other things, is make it easy to hear from small groups of people and, at times, to elevate the voices of those small groups until they are equivalent with far larger ones. Human beings are not good at differentiating scale past a certain fairly small number, and hundreds can quickly seem like millions. A small group focused on something discrete can suddenly appear to be very large. Getting yelled at online by a few dozen people can seem like the entire world is clamoring at you, something to which I can attest from experience.

In his 2008 book, “Here Comes Everybody,” technologist Clay Shirky predicted how the Internet could be used to organize people without formal organizations. He explored, among other things, the idea of “flash mobs,” groups of people organized to appear somewhere at the same time, usually for comic effect. Get 60 people to suddenly show up at a small store and shop for some random item and the effect is dramatic, even if the scale is modest in human terms.

There are demonstrations of the same effect all over the place right now. The most immediately obvious is the surge in shares of GameStop, a brick-and-mortar video game retailer. The stock was trading at $18.84 when markets closed on Dec. 31. A week ago, it was trading at about $39. On Tuesday, it closed at about $146. On Wednesday, it opened at over $300.

Why? There are a lot of complicated reasons, but one specific one: A group of people on Reddit has decided to push the price higher. Even that is unfairly oversimplified; as journalist James Surowiecki explained on Tuesday, there are both good reasons and historic precedent for the behavior. But it is being facilitated by online organizing in a way that’s unique to the world as it is now, as reflected in the descriptor used to describe stocks targeted in this way: memestocks.

Memes, as you’re probably aware, are pieces of content or ideas that spread easily on the Internet. At times, the word is used as shorthand for images with overlaid text, but the core idea is that memes travel from one person to the next, online or off. The Internet is the greatest meme transmission mechanism humans have ever created, thanks in part to the reward structures built around meme-sharing. Social media companies want to encourage people to log on so that they see ads, and so they are built to reward people (psychologically, not monetarily) who create or share things that other people want to see.

Buying GameStop is a meme at the moment, yielding the reward of participation in a community and, possibly, income should people cash out at the right moment. But there’s another reward built into this particular community action: sticking it to the system. The Reddit group focused on buying the stock, r/WallStreetBets, is celebrating the frustrations of traditional brokers nearly as much as it is celebrating the effect it’s having on the stock price. Traders who had made bets that GameStop would drop, short sellers, are being mocked — and used as inspiration for pushing the price even higher.

“Institutions and hedge funds [are] … scared of the future,” one popular post on the site reads. “They’re scared because, so much information is available for free now. There’s no more fees for trading. We have large communities that discuss stocks and trading openly. We can think and make decisions for ourselves, which scares the [censored] out of old school institutions and hedge funds.”

The reason we’re talking about GameStop is in fact not only that it reflects a particular effort to leverage an organic community to shift real-world behavior but because, for once, it’s happening at a scale that’s undeniable. It doesn’t take many people participating in something to give the impression, often incorrectly, that something major is happening. But with GameStop, something major is happening. Millions of shares of stock are being traded, and investors who bet against the company are being forced to retract those positions. GameStop is a central story of financial markets in the richest country in the world, largely because an online community focused on it.

This is where the dark side emerges.

Reuters interviewed Bill Gates this week, with the Microsoft-executive-turned-philanthropist expressing amazement at his suddenly prominent role in vaccine-related conspiracy theories.

“Nobody would have predicted that I and [government epidemiologist Anthony S.] Fauci would be so prominent in these really evil theories,” he said, referring to false claims online about allegedly nefarious goals in promoting vaccines for addressing the coronavirus. These, too, are memes: bits of widely shared content alleging, in this case, that the vaccines, say, contain microchips to track people. This isn’t true — but online systems generally reward content-sharing regardless of the veracity of the content. And for some, this is appealing, with anti-vaccine content spreading widely on Facebook among other places.

Then there’s what happened at the Capitol on Jan. 6. Real organizations and people were promoting the protest that day, including the sitting president of the United States. But there was also widespread memetic promotion. Peruse the indictments filed against those involved in the day’s violence and the mentions of participants being motivated by social media are constant. A decade of fringe groups leveraging the Internet to fundraise off right-wing causes manifested itself in bespoke organizations built around then-President Trump’s false claims that the November presidential election was stolen. The sprawling QAnon conspiracy theory — which had built on social media for years with the motto, “Where we go one, we go all” — focused on the same deluded concern.

The community swelled and spilled over.

And then, as the Capitol was being overrun, the real-world activity became grist for the online community. The people storming the building stopped to document what they were doing, entertaining their followers on social media with the content they were creating. I continue to be struck by this video, uploaded to the sharing site Parler, in which one of the rioters jokes about the Capitol Police shield he is holding.

“You can’t get this anywhere except” — he pauses a beat for effect — “a cop’s hands,” he says. “All right guys, thanks for watching.”

This man was part of a community online and was seeking the rewards that technology provided for participation in that community. The community almost certainly helped spur him to show up in Washington on that day, leading to his apparent participation in the attempted insurrection. Without the mobilization of thousands of people online, there simply aren’t enough people in the city to overwhelm law enforcement protecting the building. To a large extent, the online world flooded the real one.

“We’re really going to have to get educated about this over the next year and understand … how does it change peoples’ behavior and how should we have minimized this?” Bill Gates said to Reuters of the conspiracy theories spreading about him. There’s a Frankensteinian irony to it, of course: One of the people most responsible for making the Internet available to people is bemused by the Internet’s power.

But this is the inflection point we’ve reached. How do we leverage the Internet to share information about unusual pieces of art, harmless interests or amusing photos without simultaneously providing a tool for the rampant organization of destructive falsehoods? How do we encourage public officials to use the Internet to organize in support of policy proposals instead of the sugary rewards that come from engaging in cultural fights? How do we allow thousands of people to legally reshape financial markets without making it easier for thousands to illegally try to overthrow the government?

We’re all participants in an experiment without a control group, so we’ll see.