Mike Lindell made his bed with Trump’s bogus conspiracies. Now, he gets to lie in it. 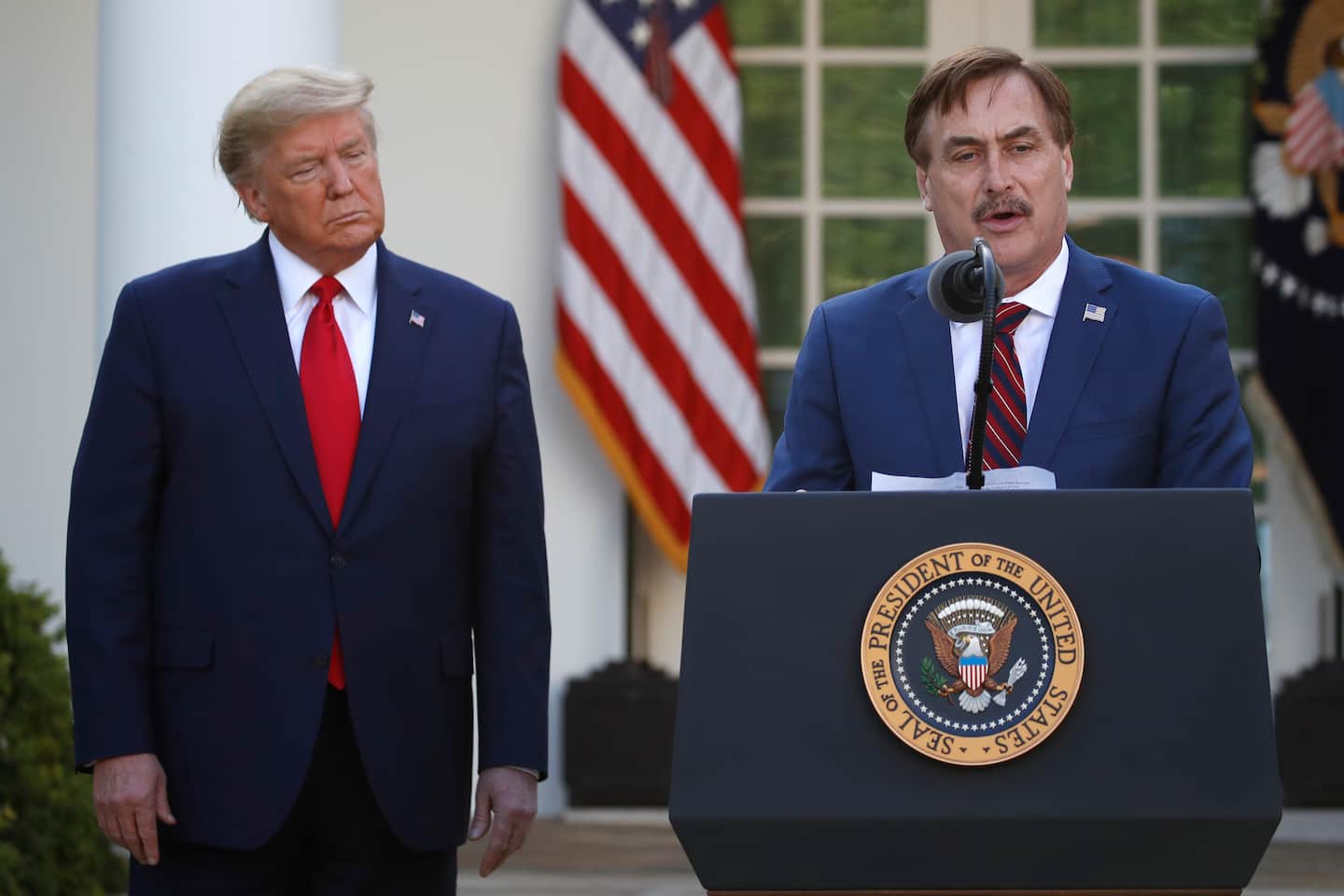 Lindell has now gotten his wish. He might soon wish he had never made it.

Dominion’s new lawsuit against Lindell is not the first to be filed against those who promoted such baseless and debunked theories. But relative to those previously sued by Dominion and another company, Smartmatic, he seems to have waltzed into especially dicey legal territory. Legal experts clearly saw legal liability, but Lindell made a very different calculation, running headlong into the breach.

While cable channels ran disclaimers or removed content from their websites and stopped talking about it, Lindell has continued pressing the theories even as recently as last week. He bought hours of time on One America News this month to run a documentary called “Absolute Proof.” Newsmax in early February momentarily tried to prevent him from talking about voting machines — with one anchor walking off the set when Lindell wouldn’t yield — but Lindell appeared on the channel later to promote his documentary. OAN, despite running Lindell’s documentary, adorned it with a disclaimer distancing itself from his claims.

Unlike most others now facing litigation, Lindell didn’t couch his election comments as merely raising questions. He claimed there was a massive, historic fraud and laid it directly at the feet of Dominion. He also continued to do so despite multiple legal threats.

As I noted in the piece, Dobbs and the two other hosts who were sued, Maria Bartiromo and Jeanine Pirro, treated the conspiracy theory somewhat differently. While Bartiromo and Pirro certainly gave voice and legitimacy to it on their shows, Dobbs came closer to actually endorsing it. He suggested it was akin to alleged fraud in Venezuela and called it “a cyberattack on our election — those voting machines and software.”

If Dobbs embraced the conspiracy theory, Lindell was arguably its most devoted and consistent purveyor.

His favored theory, which has been debunked repeatedly in multiple states and courts, is that the voting machines were programmed to give Biden around 1.2 votes (the number has varied) for every actual vote cast, while it gave Trump just 0.8 votes. He has claimed, though, that Trump got so many votes that it “broke” the algorithm and forced the machines to shut down.

Here’s a brief timeline, comparing Lindell’s comments to legal threats and others backing off the claims (the latter in bold):

What’s particularly notable about Dominion’s lawsuit is that it doesn’t just allege defamation by Lindell; it also heavily suggests that he was repeatedly given such platforms because of business ties. At one point, it cites reporting that MyPillow was responsible for more than one-third of advertising for Fox News host Tucker Carlson’s show in early 2020. When it brings up the viral Feb. 2 Newsmax segment, it notes that Lindell was welcomed back later that day, with a host emphasizing the “good relationship” between the two. Over and over again, it emphasizes how Lindell’s conspiracy theories came alongside pitches to buy his products, often with discount codes. It notes Trump’s repeated endorsements of Lindell and his products.

In other words, the implication is that Lindell was allowed to keep spouting these things — even as the likes of Giuliani, Dobbs and former Trump lawyer Sidney Powell were sidelined — because of money.

Lindell will now find out just how good an investment it all was.