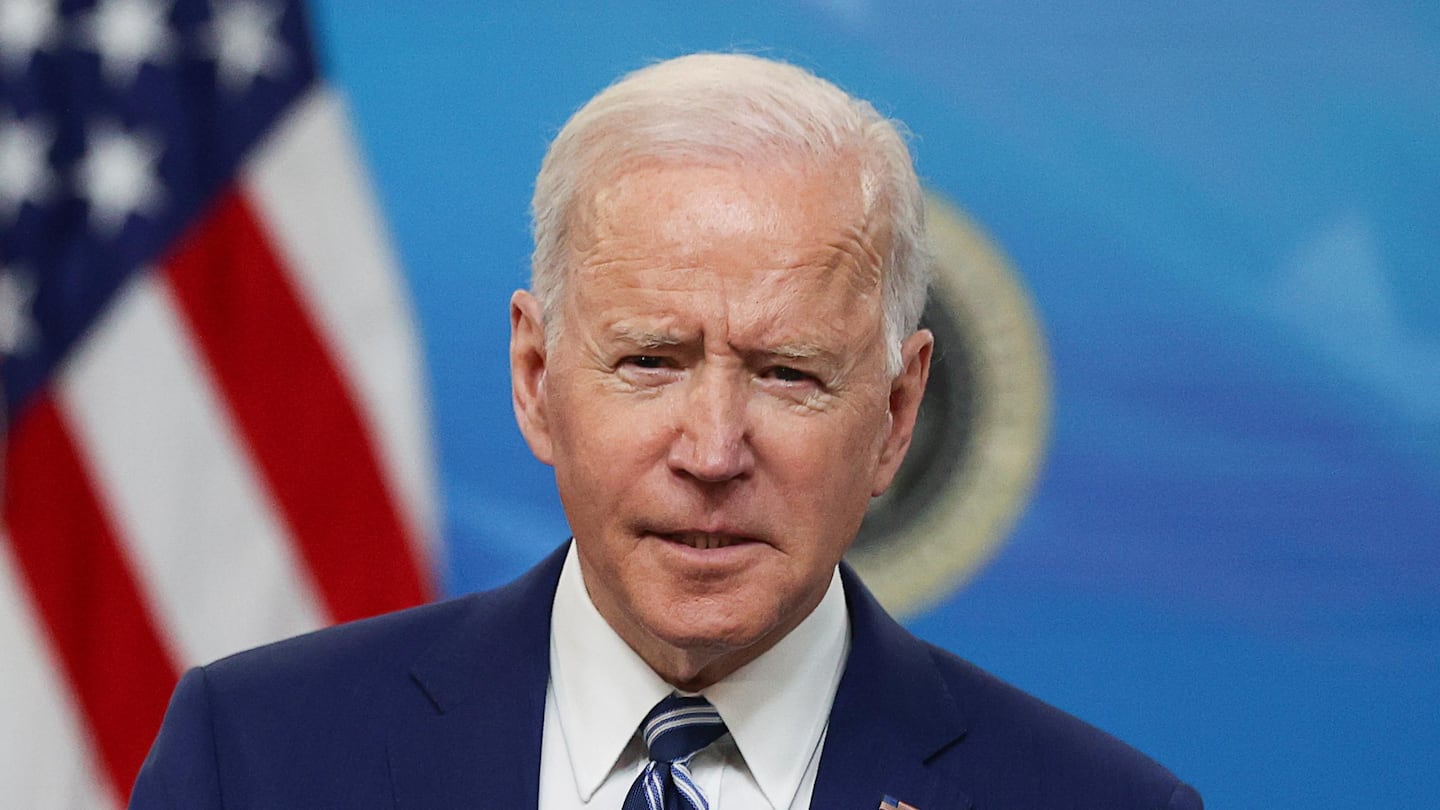 The people, who spoke on the condition of anonymity to reveal internal deliberations, cautioned that White House officials were still making last-minute adjustments to the plan and that details were subject to change.

White House press secretary Jen Psaki has said the proposal will be paid for in new tax hikes. These hikes will be particularly focused on corporations, seeking to reverse much of President Donald Trump’s 2017 tax law, the people familiar with the plan said. The plan will also include approximately $400 billion in clean-energy credits on top of the $2.25 trillion in new spending.

A White House spokesman declined to comment on the new details that have emerged.

The plan, which Biden will introduce in Pittsburgh on Wednesday, forms one part of the “Build Back Better” agenda that the administration aims to introduce. Psaki has said the administration within weeks will introduce a second legislative package. That second package is expected to include an expansion in health insurance coverage, an extension of the expanded child tax benefit, and paid family and medical leave, among other efforts aimed at families, the officials said.

White House officials have not explained whether they will seek to have both efforts pass at the same time or try to get Congress to approve one first. The combined price tag of the plans could top $4 trillion.

The jockeying around these efforts has already begun, as Biden’s allies push for inclusion of their priorities in the next major legislative effort. Centrist Democrats have said the package should be targeted to win Republican votes, seeking a return to bipartisan policymaking after a contentious and partisan vote over Biden’s $1.9 trillion relief plan. But liberal lawmakers and some economists are pressing the administration to use Democrats’ narrow majorities in Congress to confront some of the nation’s biggest problems, such as climate change, with solutions they say are necessary to address the scale of the crises.

The White House will brief Democratic leadership and also separately brief Democratic and Republican leaders of relevant committees about the plan Tuesday, according to multiple Senate officials who spoke on the condition of anonymity to reveal internal planning.

Congressional aides expect a bruising legislative battle that will prove significantly more difficult than the relatively quick passage of Biden’s relief plan, in which Democrats were held together in part by the need to combat the pandemic. Despite some objections, almost every Democrat in both chambers voted for Biden’s plan.

“I’m getting a little confused about how we’re going to get anything done. It’s only going to get more difficult from here on out,” said Jim Manley, who served as an aide to former Senate majority leader Harry M. Reid (D-Nev.) “There’s not only more divisions over where to go, but there’s a certain sense of spending fatigue setting in on Capitol Hill.”

On Monday, Sen. Edward J. Markey (D-Mass.) and Rep. Debbie Dingell (D-Mich.) unveiled a climate and infrastructure plan that called for $10 trillion in spending over the next decade. Biden’s initial campaign pledge to invest $2 trillion over four years was already inadequate to confronting climate change, and his coming proposal may be even less so, said Robert Pollin, an economist at the University of Massachusetts at Amherst, who helped craft the Markey-Dingell plan. Pollin said a $3 trillion investment amounted to only about 1.3 percent of the country’s gross domestic product.

“That was itself skirting on the edge of being inadequate relative to the climate goals and infrastructure goals,” Pollin said of Biden’s initial plan.

Leah Stokes, an assistant professor of political science at the University of California at Santa Barbara, said in an interview that the amount of money designated for the power sector per reports on Biden’s proposal represents less than what is needed to extend renewable energy tax credits and lower consumers’ bills as utilities shift to cleaner energy sources.

Still, Josh Freed, who runs the climate and energy program at the center-left think tank Third Way, argued in an email that the emerging proposals could still shift the nation’s climate trajectory. He noted that the Energy Department is now spending about $12 billion on energy innovation, so the plan would mark a major boost in that area.

“Our analysis shows that the federal investment could end up being matched by an equal amount of private capital, which would go a long way to getting us to our climate goals,” he said. “This a bold set of investments that does get the grid, homes, and clean energy innovation on track to meet the goal of net-zero by 2050, and it creates a lot of jobs now to put us on the path to a real economic recovery.”

Other challenges to the effort have emerged.

For example, on the campaign trail Biden called for a major investment in home-based care services, aiming to clear massive backlogs in states for disabled and elderly people on Medicaid in need of caretaking assistance. While details on the plan are unclear, some Democrats have called for a much bigger expansion of home care than Biden contemplated as a presidential candidate.

Biden’s team is also eyeing as much as $3 trillion in new tax hikes to pay for the two programs, primarily on wealthy investors, rich people and businesses. Those have already come under heavy criticism from congressional Republicans, who say such hikes will damage U.S. competitiveness and drain the nation of vital economic activity as it struggles to rebound from the pandemic.

Biden’s tax plan is expected to raise the corporate tax rate from 21 percent to 28 percent, end federal subsidies for fossil fuel companies and increase the global minimum tax paid from about 13 percent to 21 percent, as well as other measures aimed at taxing corporations that shelter profits offshore to avoid taxes.

Senate Minority Leader Mitch McConnell (R-Ky.) said this month that Republicans would not support tax increases to pay for infrastructure. “I don’t think there’s going to be any enthusiasm on our side for a tax increase,” McConnell said.

However, some Democrats are already saying they will vote against Biden’s package unless it includes tax changes that Republicans also oppose. Rep. Thomas Suozzi (D-N.Y.) said in a statement Tuesday that he will oppose any deal that does not reverse the limitation on state and local tax deductions imposed by Republicans in their 2017 tax law. That threat could be backed up by other lawmakers in high-tax states who have sought to reverse the GOP provision, although tax experts have said such a change would primarily benefit high-earners.

The White House is pressing forward despite the emerging divisions. “After all the jokes about infrastructure weeks, we’re going to have a real serious effort to get both infrastructure spending on roads and bridges and programs like broadband,” said Howard Gleckman, a tax expert at the nonpartisan Tax Policy Center think tank. “I think there’s pretty broad bipartisan support is a big infrastructure plan. There is not bipartisan support for paying for it.”