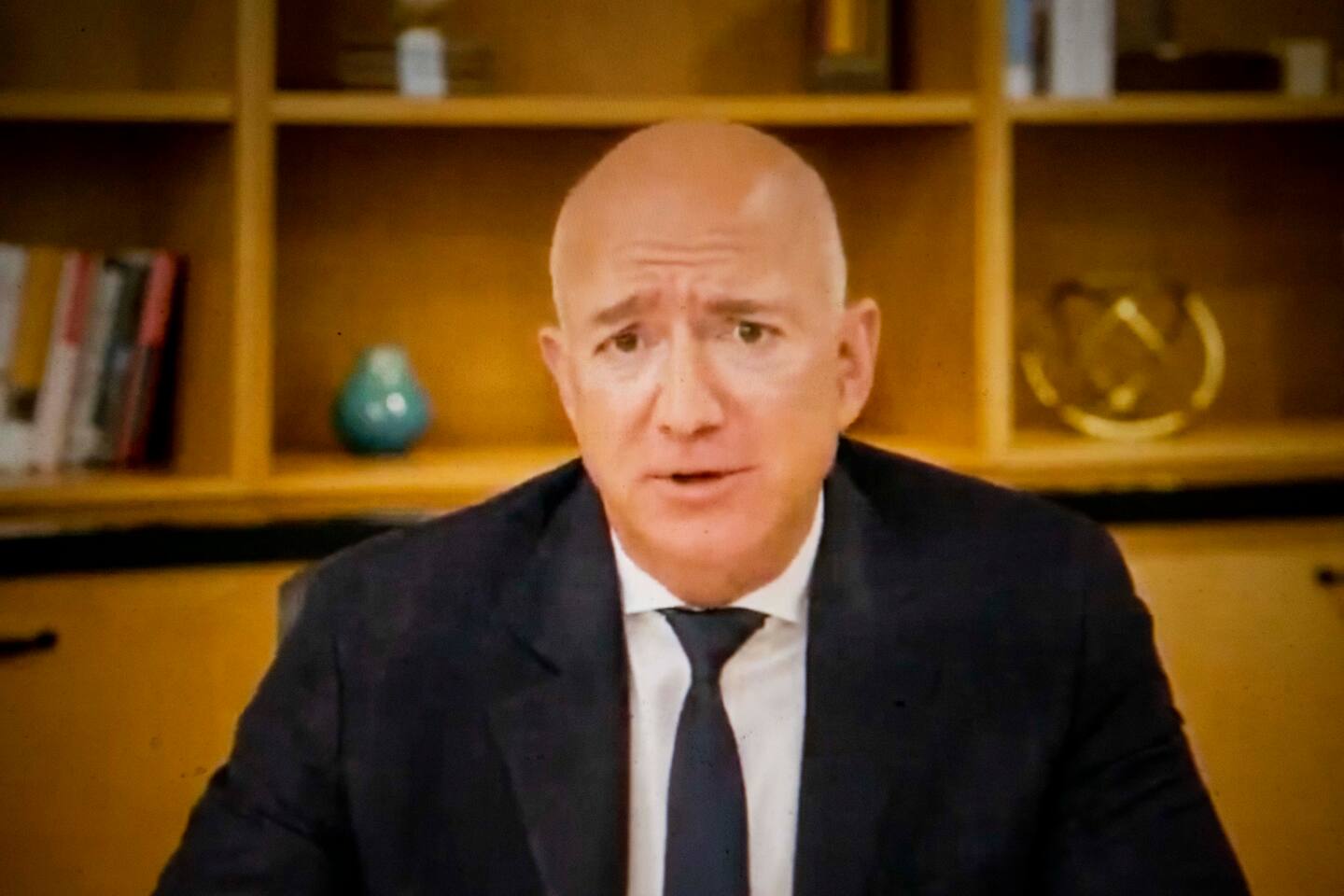 But Monday, questions about the accounts emerged when the tech website Gizmodo noticed the Twitter handle @AmazonFCDarla appeared to use a photo of the account owner that was computer-generated. Since then, several other suspect accounts were suspended as well.

Amazon claims nothing to do with the accounts.

“Many of these are not Amazon FC Ambassadors – it appears they are fake accounts that violate Twitter’s terms,” Amazon spokesman Ty Rogers said in a statement. “We’ve asked Twitter to investigate and take appropriate action.”

Twitter acknowledged that at least four accounts that identified as Amazon employees have been suspended for misleading information about the identity of the account holders.

“The accounts were permanently suspended for violating the Twitter Rules on impersonation,” Twitter spokesman Trenton Kennedy said in an emailed statement.

Amazon started the FC Ambassador initiative a few years ago to combat news stories about harsh working conditions in its warehouses. The number of accounts vary, but they include workers from facilities across the county, who have written that they tweet during their workday. Some responses get ridiculed, such as a 2018 tweet, which is no longer available, in which @AmazonFCPhil wrote that he can “use a real bathroom when I want.”

The Twitter suspensions come as Amazon has aggressively pushed back on the social media platform over criticism of its workplace environment. In the last week, the company has combatively rebutted charges that the productivity demands have led to a brutal workplace.

Amazon’s senior vice president of policy and press Jay Carney continued to push back on Twitter Tuesday, challenging claims by Sen. Bernie Sanders (I-Vt.) that “Amazon workers in Alabama are sick and tired of being treated like robots.” Carney, who served as press secretary for President Barack Obama and communications director for Joe Biden when he was vice president, responded, “With all due respect, @BernieSanders, you’re wrong on this.”

“I often say we are the Bernie Sanders of employers, but that’s not quite right because we actually deliver a progressive workplace,” Clark tweeted Wednesday.

And repeatedly sniping at members of Congress, as Amazon has, may be a reflection of the dissatisfaction Bezos expressed internally that the company wasn’t more aggressively refuting criticism the company faced, the tech news site Recode reported Sunday.

A former executive believes that Clark would not have tweeted that without Bezos approval. And while Bezos has many skills, he has particularly bad judgment about media relations, said the former executive who spoke on the condition of anonymity to talk candidly about internal policy.

The snark hurled at Sanders and Sen. Elizabeth Warren (D.-Mass.), another frequent Amazon critic, likely reflects Amazon’s belief that its reputation is higher with Americans, who shop on the site regularly, than is the standing most politicians, a second former senior executive said.

“The public loves Amazon way, way more than they love Bernie Sanders, Elizabeth Warren and Congress,” said the former executive, who also spoke on the condition of anonymity to talk candidly. “I’m not sure if picking a fight with Sanders and Warren is a good idea, but they’ve clearly gotten under someone’s skin at Amazon.”

Amazon also attacked Rep. Mark Pocan (D-Wis.), who challenged Clark’s tweet, arguing that the workplace isn’t progressive when “you union-bust & make workers urinate in water bottles.” That tweet was a reference several media reports, including a recent article in the Guardian, in which Amazon workers and contract drivers have said they had to urinate in bottles in their vehicles to keep up with productivity rates. Amazon’s PR Twitter account fired back, “You don’t really believe the peeing in bottles thing, do you? If that were true, nobody would work for us.”

The next day, Amazon took aim at Warren, who criticized the company for paying little in taxes while registering huge profits, tweeting “it’s why I’ll be introducing a bill to make the most profitable companies pay a fair share.”

“You make the tax laws @SenWarren; we just follow them,” the company tweeted. “If you don’t like the laws you’ve created, by all means, change them.”

Amazon has occasionally fired back at politicians, tweeting at them to make sure their perspective got airtime as well. After presidential candidate Biden tweeted in 2019 his concerns over the amount Amazon paid in taxes, Amazon’s public relationship Twitter account shot back that the company has paid “every penny we owe.”

It took the same approach with Sen. Warren, who during her presidential campaign called for breaking up big tech companies to prevent Amazon from “knocking out” competition from third-party merchants in its marketplace. The Amazon news account disputed her claim, saying those merchants generated “record sales every year.”

Amazon’s Clark has tried to dispel previous claims that workers urinate in bottles, after Rep. Alexandria Ocasio-Cortez (D-N.Y.) tweeted the charge in 2019. Clark tweeted that the assertions “simply aren’t true.”

But the tone of the most recent tweets was different. One employee was so surprised by the snarky responses, the person filed “trouble ticket” with Amazon’s tech support groups, concern that the Twitter account had be hacked, according to the Recode report.

The employee wrote “The tweets in question do not match the usual content posted by this account,” adding that the tone was “unnecessarily antagonistic (risking Amazon’s brand) and may be a result of unauthorized access,” Recode reported.