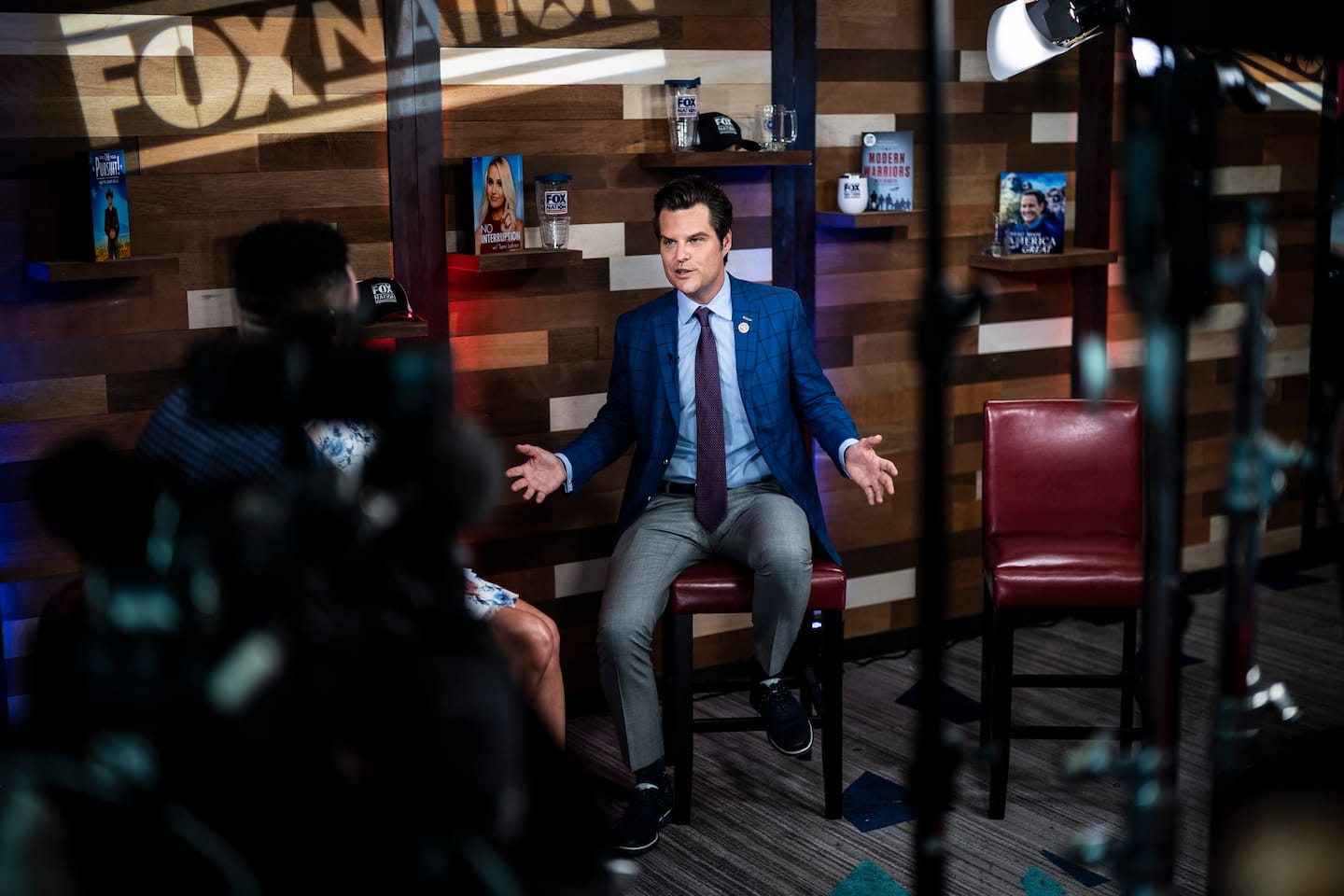 The relationship between the right’s favorite cable news network and the right’s soon-to-be favorite politician was obviously more significant than it seemed at the time. Trump had reinvented himself as a TV star with “The Apprentice” and had begun to dip his toes into the political world largely by echoing narratives that were popular in right-wing media: questions about Barack Obama’s birthplace, alarmism over the Ebola virus, the dangers of immigration. The Fox News gig established him firmly in both worlds at once.

When Trump announced his candidacy in mid-2015, he did so by elevating things that most Republican politicians wouldn’t say — but that right-wing media personalities couldn’t stop talking about. The Republican establishment tried to maintain a firewall from the rhetoric of the base, out of concern about the electoral repercussions. Trump ripped the firewall apart, bringing along just enough consumers of that rhetoric to squeak into the White House.

What he showed, more than anything, was the value of echoing conservative media’s rhetoric back to its audience. He coddled Fox News hosts and various radio personalities, rewarding them with access that Republicans had previously been far more wary to extend. His administration plucked staffers from conservative media — Fox in particular — and Fox hired various staffers to fill corporate or on-air positions. The Trump White House was often indistinguishable from Sean Hannity’s show on Fox both in terms of rhetoric and in terms of visible faces. The two had largely fused.

It’s certainly not the case that Trump was the first president, much less the first Republican, to leverage media for political value. What was different about Trump was that he clearly thought that the media standing was at least as important as his political standing, if not more so. It seemed at times as though he had become president to become more famous, not the opposite.

Last fall, voters in North Carolina elected to the House of Representatives one of the youngest people in history. Madison Cawthorn, who turns 26 this year, parlayed a photogenic mug and compelling (if heavily inflated) life story into a seat in the U.S. Congress. He, like other Republican freshmen, embraced Trump’s habit of prioritizing attacks on his political opponents over crafting legislative solutions to problems. In an email to his Republican colleagues obtained by Time magazine, Cawthorn was direct: “I have built my staff around comms rather than legislation.”

His focus on Capitol Hill was messaging, not legislating.

To be fair, there’s not much chance for a freshman legislator from the minority party to really shape policy. But it’s rare for a legislator to explicitly prioritize the spotlight of Congress over its constitutional function.

Cawthorn was also simply being frank where others are more subtle. House Republicans such as Rep. Matt Gaetz (R-Fla.) are far better known for their gimmicks and turns of phrase than they are for their policy positions. A review of Gaetz appearances on Fox News since taking office in 2017 shows that he’s appeared on the network for about 46 hours over the past three years.

Over the past 12 months, he’s averaged 87 minutes a month. If each appearance were three minutes long, that would be an average of an appearance a day.

We are therefore not surprised by Axios’s report on Tuesday that Gaetz is thinking about taking the next step in his career: giving up his House seat for one behind the desk at the conservative network Newsmax. Newsmax emerged as the more Trump-loyal cable network in the wake of the 2020 election, given Fox’s crowd-displeasing decision to adhere to the reality of Trump’s loss. Newsmax’s ratings, almost always well below Fox’s, have slipped of late, but for a guy with such a robustly demonstrated affinity for television cameras, it’s easy to see why the upstart network holds some appeal. (It’s not clear how Fox News would fill Gaetz’s hour and a half of airtime each month.)

We should be clear that Gaetz is not in any danger of losing his House seat. He won reelection in 2018 by 34 points and in 2020 by 30. But if you want to build a national following with a hard-right ideology, it’s harder to do so in politics, where one might have to compromise to earn a majority, than in media, where (as the Atlantic’s James Fallows points out) a large minority is good enough. Trump was an outlier, in that his strategy of simply playing to a fervent minority actually worked.

Again, it is not new that elected officials would move from politics to media and back. What seems unusual at the moment is the extent to which one appears to be almost an extension of the other.

Fox News has allowed sitting officials to host its shows, as it did with Gaetz in 2019 and then-Florida Attorney General Pam Bondi (R) the year prior. While it used to try to prevent its talent from engaging in explicit politicking, Hannity endorsed Trump in 2016 and later helped fundraise for the Republican Party. Jason Chaffetz (who left Congress to work at Fox) will soon headline a Republican fundraiser in Texas, as Media Matters reported Tuesday.

The network continues to serve as employer of choice for Team Trump, announcing a hosting gig for former press secretary Kayleigh McEnany on Tuesday and signing Trump’s daughter-in-law Lara Trump as a contributor earlier this month. Lara Trump and Sarah Sanders — another Fox personality/former press secretary — are reportedly exploring runs for political office; what better place for them to bide their time until doing so than on a Fox News set?

When Lara Trump’s role was announced on “Fox & Friends” on Monday, she said that she sort of felt like she had “been an unofficial member of the team for so long.” Certainly a fair sentiment, and one with which her father-in-law could empathize.

If Lara Trump does decide to run for the Senate in North Carolina, it will be interesting to see if Fox even bothers to kick her off the air.