U.S. campaign against Huawei appears to be working, as Chinese tech giant loses sales outside its home market 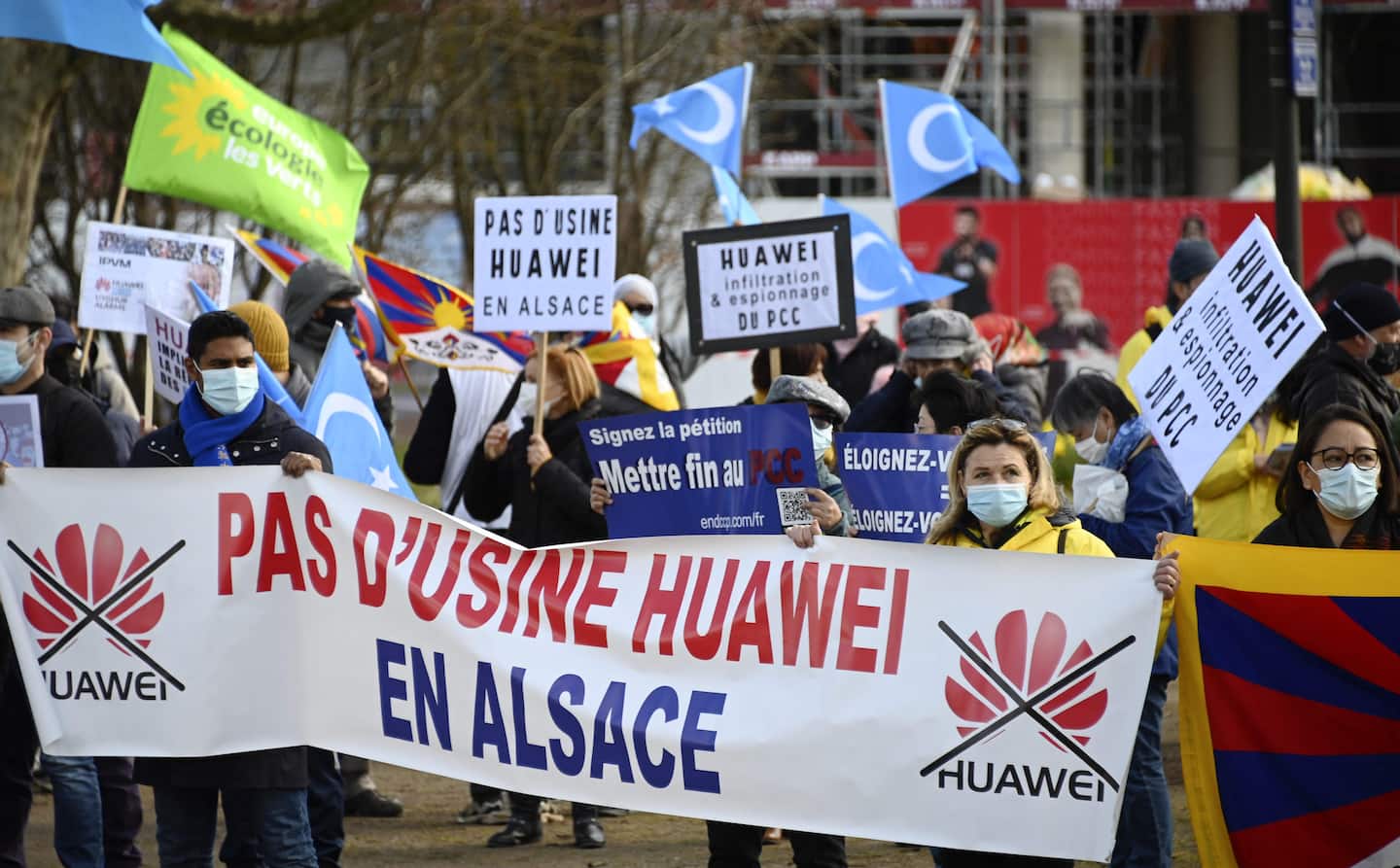 Huawei’s sales of telecommunications equipment in overseas markets also have suffered from a years-long U.S. campaign to persuade allied nations to abandon the gear over security concerns.

The U.S. effort has reduced Huawei’s global footprint and left it more reliant on the Chinese market, where much of its business is still growing, according to 2020 financial results the company released at its Shenzhen headquarters on Wednesday. Huawei’s sales in China grew 15 percent last year as revenue in many other markets, including Europe and North America, fell by double-digit percentages.

Last year was “a really tough year for Huawei,” a Huawei executive told U.S.-based journalists on Tuesday, speaking on the condition of anonymity because the official results had not yet been released. U.S. export controls have had “a huge impact to Huawei, especially for Huawei’s consumer business,” he said.

The company hasn’t seen any signs yet that the Biden administration will ease up on Huawei, the executive added, though he said it was early days.

The anti-Huawei campaign may give the company’s industrial rivals a leg up in the short term, he added, “but for the long run we believe this is damaging the reputation and also the competitive advantage of U.S. industry.”

U.S. semiconductor companies have voiced similar complaints, saying they have lost valuable sales to what was previously one of their biggest customers.

Yet some veterans of the campaign against Huawei said they are pleased to see the company losing some business as telecom companies choose rival equipment suppliers.

“A lot of [telecom] operators kind of see concern with using an untrusted vendor now and are working to find ways to replace the Huawei equipment and go with trusted vendors like Ericsson, Nokia, Samsung,” said Rob Strayer, a top State Department official for cyber matters until August 2020 who is now executive vice president for policy at the Information Technology Industry Council, a trade association.

Presenting the 2020 results on Wednesday, rotating chairman Ken Hu vowed that Huawei would survive and continue investing heavily in research in areas including 5G networks, artificial intelligence and autonomous driving. The company said it spent about $22 billion, or 16 percent of its revenue, on research and development last year.

U.S. officials began raising concerns about Huawei during the Obama administration, but the campaign to weaken the Chinese company accelerated in May 2019, when the Trump administration banned most U.S. technology sales to the company, calling it a security threat.

U.S. officials have long argued that the Chinese government could tap into Huawei telecom equipment installed overseas to spy on the West or disrupt infrastructure, though they have declined to publicly detail any evidence they hold. Huawei has denied the allegations.

The Trump administration also sought to punish Huawei for allegedly violating U.S. sanctions on Iran. Canada in 2018 arrested Meng Wanzhou, daughter of Huawei’s founder, at the request of the United States, which charged her with aiding the alleged sanctions violations. She has denied wrongdoing and is fighting extradition to the United States.

The decline of Huawei’s overseas smartphone business accelerated in the fourth quarter of 2020, as its worldwide shipments of handsets dropped by 42 percent from a year earlier, according to International Data Corporation (IDC), a market research firm.

That left Huawei in fifth place globally among smartphone makers, compared with its usual top-three position in years past, alongside Apple and Samsung.

The company’s inability to install the Google Play app store on its phones was particularly damaging in overseas markets, where previously the company had been gaining ground. That means consumers cannot easily access such apps as Google Maps or YouTube.

“From Africa to the high-end Gulf market, [Huawei] really overcame the negativity associated with Chinese things,” said Nabila Popal, research director for the global device market at IDC. But because the Google Android user base is so large, “it’s really hard to convert people from what they are used to,” she said.

He said the U.S. trade restrictions really began to bite when the White House toughened the measures last August, banning any semiconductor factory anywhere in the world from supplying Huawei if the factory used U.S. manufacturing equipment or software, which most do. Tech analysts also saw that as a turning point.

Global revenue at Huawei’s consumer unit, which includes phones, grew 3 percent last year thanks to the Chinese market. But even inside China, Huawei is losing ground to rivals including Xiaomi and Oppo, according to market research firm Canalys.

China’s large appetite for 5G wireless network equipment is a bright spot for the company, helping boost its total sales by 3.8 percent last year to $136.7 billion, a modest level of growth compared with previous years.

China overall now accounts for about 65 percent of Huawei’s revenue, a significant increase from a few years ago, the Huawei executive said.

But excluding China, Huawei’s share of the global market for wireless network equipment fell by about 2 percentage points last year, as rivals gained ground, Stefan Pongratz, a Dell’Oro analyst, said in an interview.

Countries that have either banned Huawei 5G network equipment or created obstacles for its use include Sweden, Norway, Denmark, Belgium, France and Estonia, according to Roslyn Layton, a telecom consultant in Denmark for Strand Consult who also publishes the website China Tech Threat.

“There are places where you can see that the efforts of the U.S. government to curb the rise of Huawei are starting to pay off,” Pongratz said.