With political future at stake, Biden returns to Pa. to rally voters around economic agenda 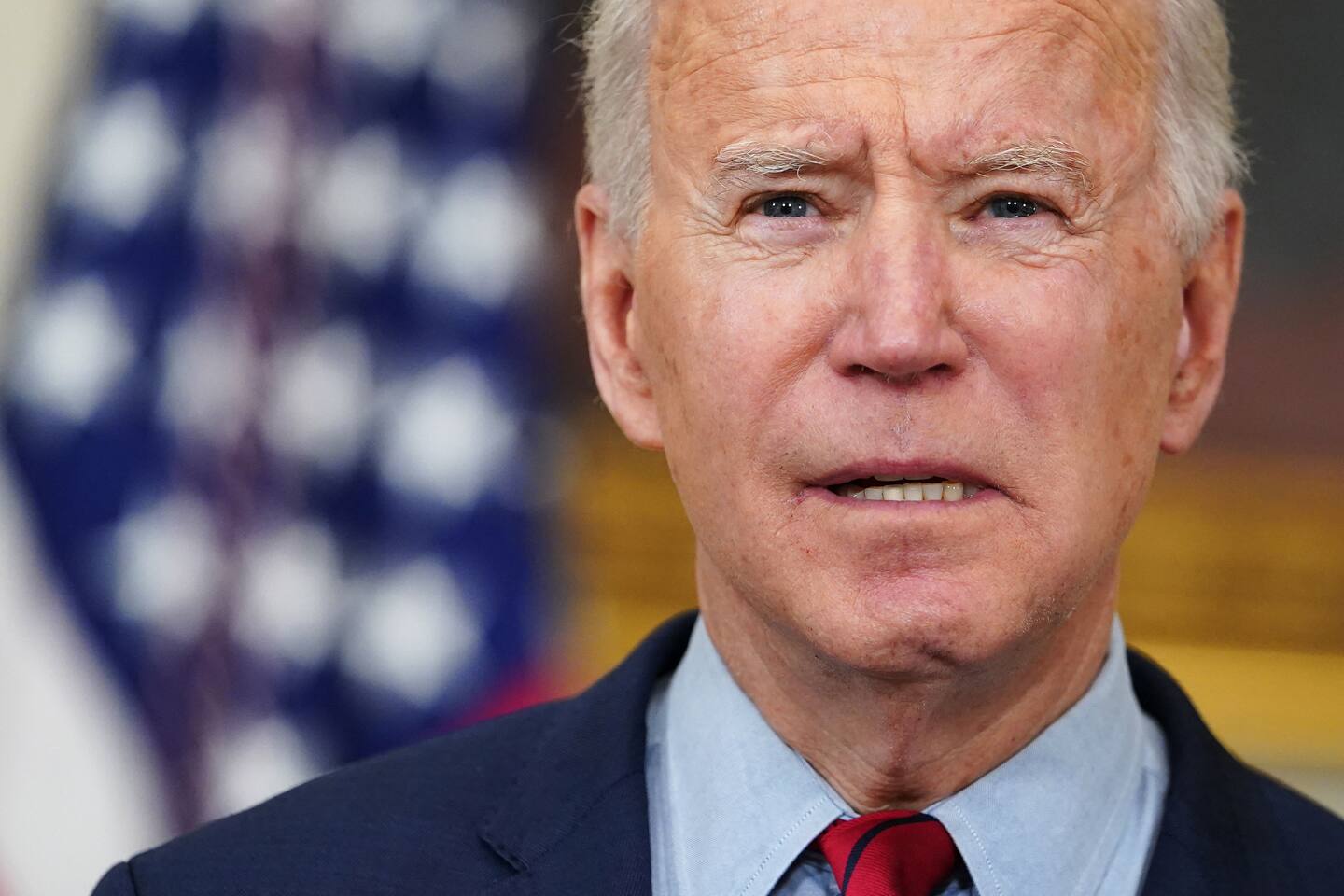 The rollout of Biden’s infrastructure overhaul proposal in Pittsburgh marks only his latest overture to Rust Belt battlegrounds that Democrats increasingly see as critical to enacting their economic agenda nationwide. Party leaders have been aggressive about promoting their vision for bigger government, and higher spending, since securing $1,400 checks as part of a $1.9 trillion coronavirus relief package in early March. But they’ve taken that message directly and repeatedly to Pennsylvania, sensing the high stakes in proving to swing-state voters they are able to keep their word.

“Biden doesn’t have any room to stumble here, in the sense that the country needs this so desperately and can’t suffer another promise by more politicians that don’t deliver,” said Tom Conway, president of the United Steelworkers, who joined Biden this week.

Biden’s courtship of Pennsylvania traces back to the 2020 race: He started and ended his campaign in Pittsburgh and visited the state more than any other candidate — 19 times in five months — to sap its coveted electoral votes from President Donald Trump. Biden then returned to the state earlier this month to tout the American Rescue Plan, a coronavirus stimulus package that counts among his first achievements and one of the largest economic rescue measures in history.

With infrastructure, Democrats say another legislative victory will provide a powerful local jolt, delivering jobs and other economic opportunities to steel and manufacturing hubs in Pennsylvania, benefiting its many union workers. Party leaders recognize the package would be a boon to their own prospects, as well, with an open Senate seat — and the fate of the party’s control of the chamber — hanging in the balance in 2022.

“I think what we have to do is not be full of crap,” said state Rep. Malcolm Kenyatta, a former surrogate for Biden on the campaign trail who is now running for U.S. Senate. “We have to actually have deliverables and plans on how we are going to position Pennsylvania and this country not to get back to where we were, but to build back better in the way that the president campaigned on.”

But Democrats face a daunting political challenge in overcoming voters’ lingering apprehension about excess federal spending and the tax increases on rich families and corporations that may be required to finance it. Republicans have seized on the size and scope of Biden’s economic proposals to launch attacks that have resonated with some voters in Pennsylvania, perhaps offering a glimpse of the tough messaging war to come.

In Erie, Pa., Mike Martucci perused the olive and pickle aisle at a supermarket Sunday, clad in an all-black Titleist hat and matching mask. A self-described patriotic conservative, he expressed deep reservations with Democrats’ stimulus law, echoing Republicans who charged that too few of the dollars went toward actual coronavirus relief.

But Martucci, 53, struck a more undecided note on infrastructure, torn between agreeing with Biden about the need for repair and distrusting Democrats and the ideas they have put forward.

“It’s needed badly,” he said. “I get that, to stay competitive as a country.”

The plan that Biden unveiled Wednesday tracks largely with the proposal he put forward during his campaign, when the “son of Scranton” first traveled to next-door Dunmore, Pa., to debut the first pillar of a five-part agenda that became known as “Build Back Better.”

The package envisions nearly a decade of new federal spending to upgrade the country’s roads and bridges, repave highways and replace water pipes, and invest heavily in new technology to combat climate change and improve Internet access nationwide. It is the first of two proposals from Biden, with the second coming in April, totaling perhaps $4 trillion and targeting broad swaths of the economy.

In doing so, Biden seeks to finance the full effort through raising taxes on high-income families and profitable corporations. His plan largely relies on repealing some of the tax cuts adopted under Trump, in keeping with Democrats’ campaign pledge to unwind the 2017 law while sparing Americans who make under $400,000 from paying higher rates. While Biden has expressed an openness to negotiating these tax increases with Republicans, Democrats have signaled they are ready to move forward in the absence of GOP support.

“We’re currently 13th in the world; no one believes we should be there,” White House press secretary Jen Psaki said Monday when asked about the need for an infrastructure package. “And he has a plan to pay for it, which he will propose.”

Entering the legislative battle, Democrats have carried an air of political confidence after securing passage of the $1.9 trillion stimulus. Not one Republican voted in support of the plan in a blow to Biden’s early commitment to bipartisanship, but Democratic leaders insist the relief — and their broader agenda — remains widely popular among voters across the political spectrum.

Their contention is likely to be put to the test in the coming months in states including Pennsylvania, where one of two Senate seats is up for grabs next year with the looming retirement of Republican Sen. Patrick J. Toomey. Because Democrats possess the smallest possible Senate majority, the election may serve as the ultimate gauge of Biden’s economic agenda — a realization that has sparked an all-out blitz by party lawmakers to sway Rust Belt voters early.

“That’s going to be determined by the work that I and others do to make sure the people know what’s at stake for the country in terms of the economy and what our party has tried to do to help them,” said Sen. Robert P. Casey Jr. (D-Pa.). “We have to make sure they know not only what is the nature of that help and the scope of it … [but] that there is a basic difference here between the parties.”

Ahead of Biden’s speech, Democrats sought to position the burst of federal spending as a major coup for Pennsylvania, particularly in the manufacturing, natural gas and steel industries. Democrats also see their proposal as an opportunity to bring about a new generation of economic growth and job creation by investing in sustainable energy manufacturing while tackling more local safety concerns.

“People are very conscious of how many bridges are not up to par in Pennsylvania, and it makes us wonder, ‘Am I the last one over to make it safely?,’ ” said Rep. Matthew Cartwright (D), whose eastern Pennsylvania district is considered one of the most competitive entering the next election.

Republicans have mobilized in opposition, questioning the scope of the infrastructure overhaul that Democrats seek and their preferred way to pay for it.

“Between the $1.9 trillion that was completely unnecessary and wildly excessive to now another who-knows-how-many-more trillions, it is really a massive, massive expansion of the size and scope of the federal government,” said Toomey, who helped broker the tax law.

Despite the Democrats’ success in 2020, exit polls at the time showed that Pennsylvania voters who were most worried about the economy largely broke in Trump’s direction, offering the GOP a potential avenue for attack.

But the Trump administration long faced broad criticism for not being able to deliver an infrastructure proposal, much less a package, despite many promises to do so. Some state Democrats now contend it is the GOP that faces the greatest political risk if lawmakers in Congress who say they support such spending can’t strike a deal.

“Infrastructure sort of became a running joke,” said Lt. Gov. John Fetterman, one of the Democratic candidates for Senate. “Just because it became a cliche doesn’t make it any less true … It’s going to be a revolution for the union way of life.”

But the verdict may well rest in the hands of counties like Erie, a politically deadlocked expanse in the northwest corner of Pennsylvania where unemployment remains high — and voters remain torn.

As she browsed the citrus section at Walmart on Sunday, Patricia Steele, a nurse, said she was happy to see the stimulus bill pass and knows it is helping people in Erie pay their rent and bills.

She supports the infrastructure bill, particularly the push to move toward clean energy. But the 59-year-old Democrat said she has little hope that it will do much to change the face of Erie’s economic issues especially if contractors from outside of Pennsylvania ultimately end up doing all the work.

“Our people still aren’t going to get the jobs,” Steele said.

Just beyond the city line, parishioners were chatting at the Grace of Calvary Baptist Church shortly after Sunday service. David Richardson, a 71-year-old who said he votes Republican for president, lamented that it took so long for Congress to authorize stimulus aid — and questioned whether the infrastructure bill would deliver “pork” or the economic benefits that Biden had touted.

If people in Erie did get good jobs out of the spending, though, Richardson said he would be glad to see it — harking back to the federally funded projects that helped the economy rebound after the Great Depression.

“They had to do something to put people to work, to help to pay the bills,” he said. “That kind of stuff is good.”