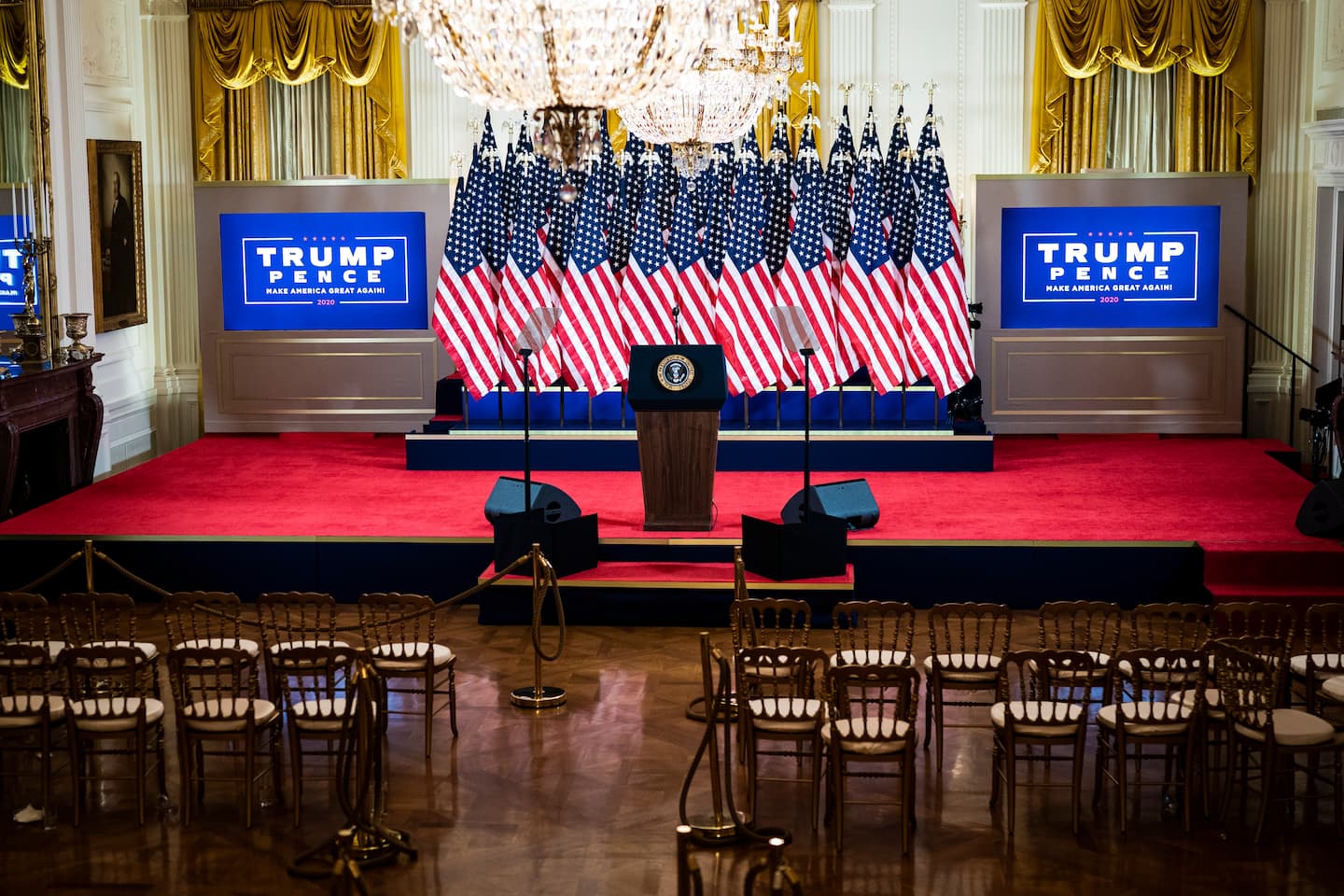 I heard part of Trump’s spiel and thought about highlighting the ways in which his nonsensical claims about the 2020 election being stolen (it wasn’t) have evolved slightly. I’ve written before about how the Republican Party has seized on the idea that changes made to election processes before the contest were unconstitutional, as a way of implying wrongdoing by Democrats without embracing Trump’s obviously untrue claims about fraud. So Trump’s seized on those, too, presenting them as another part of his pride-preserving all-you-can-eat buffet of dishonesty.

There’s still an audience for this, of course. There is still a large group of people eager to hear what he has to say, people who would have come across his Newsmax appearance with the same giddiness as Nelson Muntz stumbling upon an Andy Williams performance. It remains important that Trump is still pushing the same untrue claims about the election (Did you know that Georgians voted for Democratic Senate candidates in January because they were mad Trump lost?) and that there are still people hearing and believing them.

But it is also true that Trump’s grip on our attention has collapsed.

Soon after he announced his candidacy in June 2015, Trump took over the political and cultural conversation. You know this and you can probably rattle off a number of the myriad reasons that it happened. (For those of you who just had the thought, “Yes, because the media didn’t do its job!!” — you’re supposed to tweet complaints like that, not just think them.) But, five years later, we tend to lose sight of how remarkable that ascent was.

In April 2015, for example, Trump was searched for on Google less than one-fourth as often as Kim Kardashian. It’s hard to say how infrequently people were looking for information about the former host of “The Apprentice,” because Google simply indicates that search interest in him was somewhere below 1 percent of the peak that came in November 2016.

The same pattern was true for television. Trump’s face appeared on television for about 144 minutes in April 2015, according to the Stanford Cable TV News Analyzer, somewhat less than the 109 hours that would come in October 2016. He occupied about 0.06 percent of the 15-second segments that aired on CNN, MSNBC, Fox News and Fox Business, according to GDELT, compared with the average of nearly a quarter of those segments in November 2016.

In March, most of that attention had already faded away. His Google search interest was lower than at any point since June 2015, as was the amount of time he was seen on cable. The networks were covering him far less, down to the point reached last year when the pandemic overtook Trump in the national attention. Besides that, the average mentions of Trump in March were back to the levels seen in November 2015.

The former president still holds out hope that he will be a powerful force in American politics and culture moving forward. In one of the mostly ignored news releases that have come to replace his beloved tweets, Trump this week promised his supporters that “the best is yet to come!” We can all hope that it is, but it seems increasingly unlikely that Trump will be at the center of events should that come to pass.

“We really appreciate so much of your time today,” the Newsmax host said as she let Trump go. “I know that our Newsmax viewers were watching and they’re appreciative as well.”