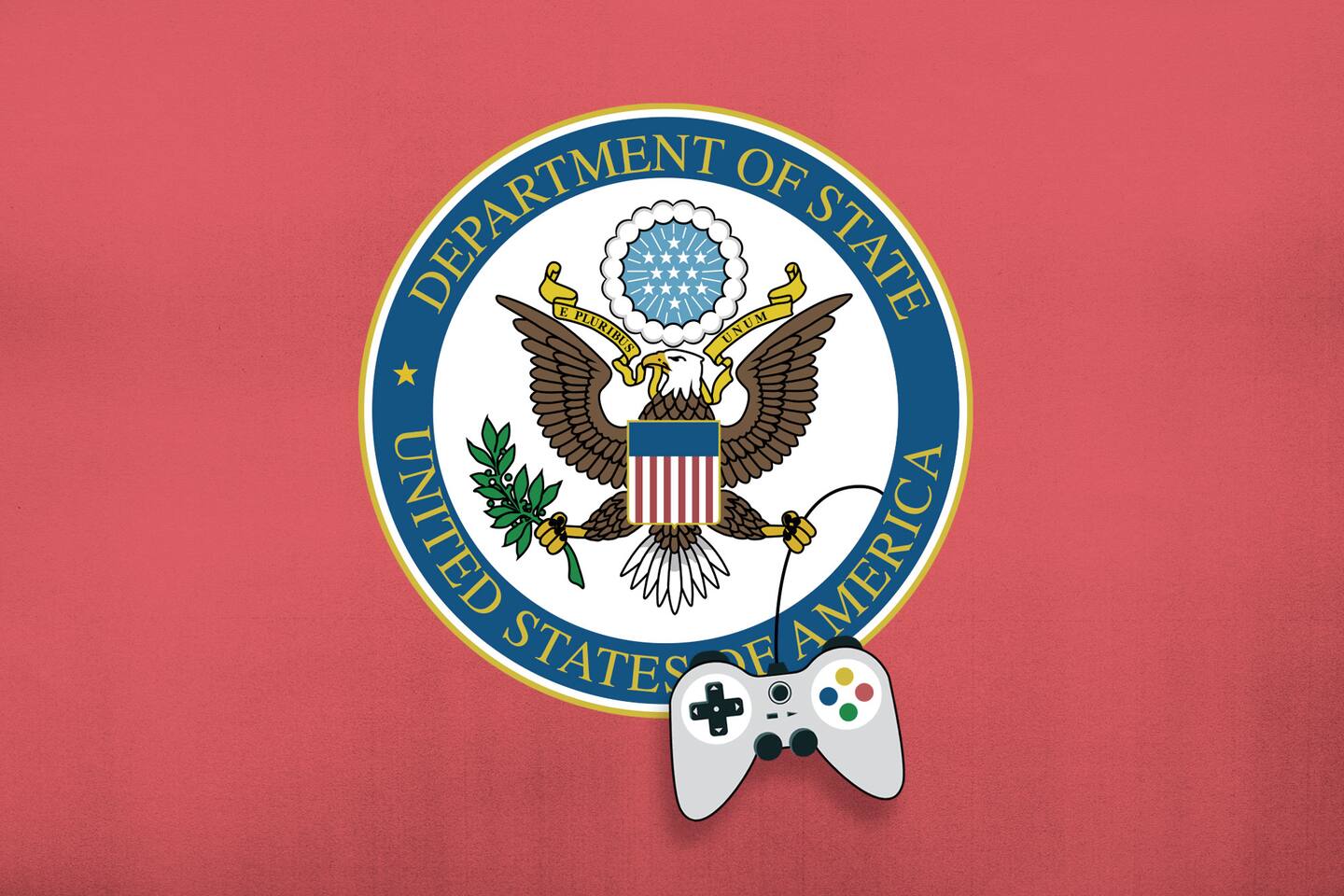 “Games have a power beyond entertainment, they can be significant drivers of social impact,” said Susanna Pollack, president of Games for Change, which has been focused on supporting the creation of video games with a social message. “It’s a medium that’s universal. … Like other forms of media, games can address important social topics and meet people where they are.”

Marie Royce, who served as Assistant Secretary of State for Educational and Cultural Affairs from 2018-21, said her goal in developing the program, named Game Exchange, was to increase the scope and scale of exchange programs.

“I felt it was important to be where people are at,” Royce said. “Young people have something in common and it’s that they play video games. I think it’s important to have initiatives around gaming. It’s an opportunity to give everybody a chance to have an exchange.

The Stevens Initiative, named for late U.S. Ambassador J. Christopher Stevens, is a public-private partnership funded by the U.S. government, the governments of Morocco and the United Arab Emirates, and the Bezos Family Foundation. It is administered by the Aspen Institute. The goal of the initiative’s virtual exchange programs is to foster connections between young people in the U.S. and the Middle East/North Africa via skill development.

With this latest round, the Stevens Initiative issued 83 grants, including that bestowed to Games for Change. According to the State Department, the grants will reach about 75,000 young people in 18 Middle East and North African countries and territories, as well as 47 U.S. states, Puerto Rico, Washington, D.C., the U.S. Virgin Islands and one tribal community.

A State Department official, who was not authorized to speak on the record, said the department sees similarities between the growth of social media in the past and gaming now.

“Ten years ago in Tahrir Square, we realized that social media is a place where we need to engage audiences,” the official said, referring to the 2011 revolution in Egypt dubbed the Social Media Revolution. “Everyone and their mother had set up social media accounts. In a similar way, we are anticipating is where people will be as well.”

The initial round of the Game Exchange program will feature “underrepresented or underserved students” from schools in New York City, Atlanta and Detroit, according to Pollack. Those students will be paired with students in one of the three participating Middle East countries.

Israel, the UAE and Bahrain were selected, according to Royce, because they were “natural fits, going back to the Abraham Accords, they want to have dialogue and a culture of peace.” The State department official added that the three nations are most capable technologically as well.

“We want to make sure the infrastructure is there,” the official said. “These three countries are most primed to be innovative in this space.”

Each team of students will be led by a teacher, who will receive paid training on video game development. Students in the program will select a topic for their game based on a social issue and then work synchronously with their international counterparts online, as well as by themselves offline, to develop and create a game, all within 10 weeks. The students will learn to code as well; with some older students using game creation engines such as Unity.

Following completion, students will be invited to participate in future sessions as alumni and mentors, join the program’s Discord channel and take part in building a community around game design.

Pollack said Games for Change is planning to use a template they have been refining for the past several years in their game development programs based in the U.S. Those programs have led to students receiving full university scholarships in video game-related majors and starting their own video game studios.

Though the Game Exchange program will be run by Games for Change, it is a program funded by the U.S. government.

Pollack said she hopes the program will help empower kids — “so that they have that lightbulb go off” — in both making video games and civic engagement, while also bridging cultural gaps and sharing American expertise.

“Game design is an export, there is a U.S. expertise that we can bring to other parts of the world,“ she said.

As for how the U.S. government regards video games compared to other aspects of U.S. culture that formerly served as the vehicle for diplomatic initiatives, Royce sees the program as firmly in line.

“Bottom line, at the end of the day, this is all diplomacy,” Royce said.

For Noah Lyles at the U.S. track and field trials, winning isn’t everything

Carolyn Hax: A second child, demanding grandparents and a husband who’s had enough

Ask Amy: Widower aims to keep promise to move on with his life