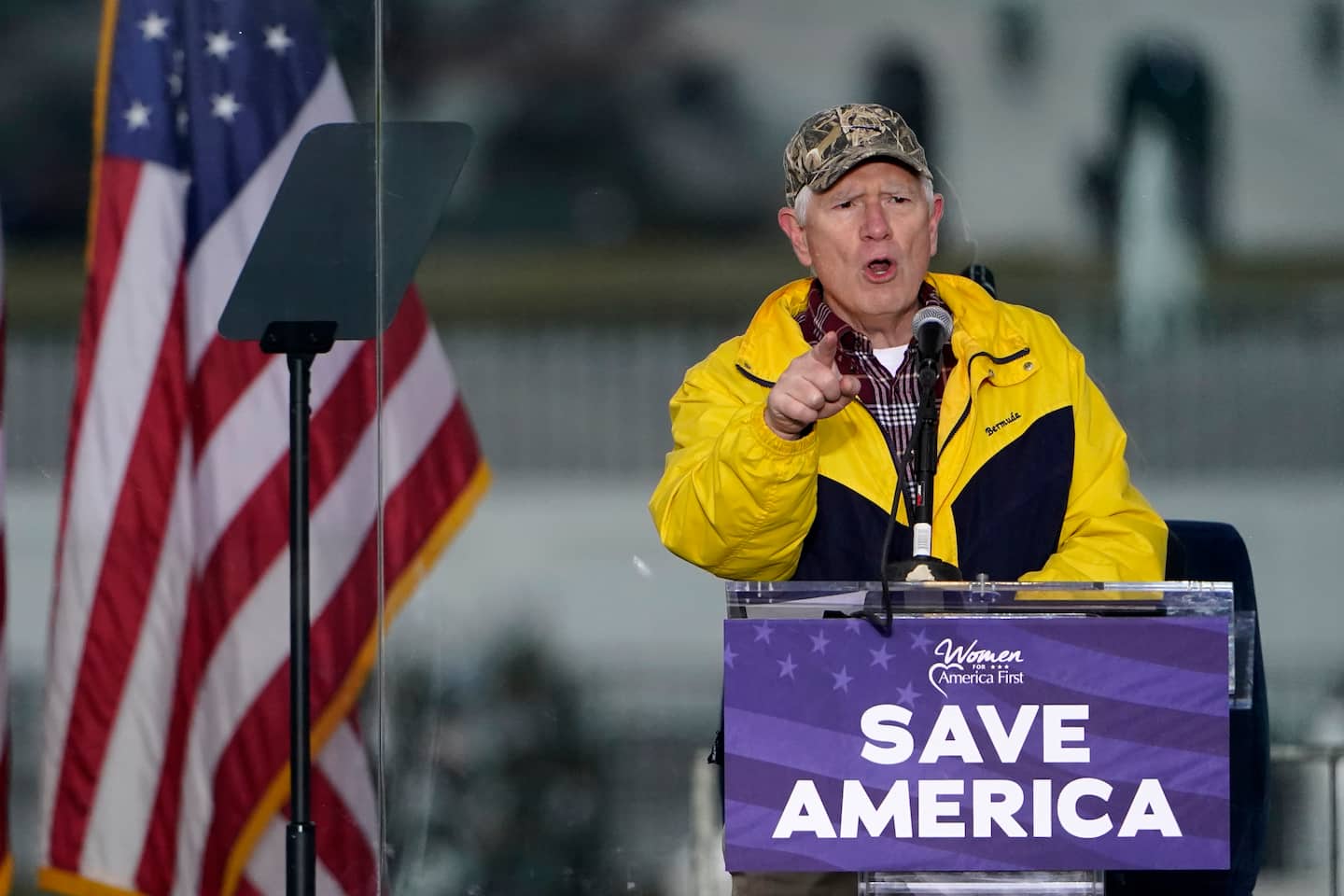 But even more notable is this: There is no such problem on the opposite side of the debate — and far from it. In fact, when it comes to the most contentious recent event in Republican Party politics — baseless claims of a stolen election — the crop of GOP candidates emerging in key Senate and governor’s races is significantly more extreme than even those they’re running to serve alongside.

As with Greitens and Schmitt, there are degrees here. Claiming massive voter fraud is different from arguing, as the ill-fated Supreme Court lawsuit did, that states didn’t conduct their elections in accordance with the law (though neither had merit, according to the courts). Similarly, while most of these GOP candidates have supported Trump’s claims in various ways, some such as Mandel have chosen to make them a focal point of their campaigns, while others have more generally highlighted their support for Trump after having previously promoted his false claims.

But the unifying characteristic is the extent to which the GOP talent pool — or at least the part of it that is now seeking promotions — is dominated by those who toed Trump’s line to one extent or another, often going further than the GOP senators and governors whom they would replace or join. Indeed, there are very few high-profile candidates thus far who didn’t do that to at least a significant degree.

Another key open Senate seat is in North Carolina, where the GOP primary is still shaping up. But it’s soon expected to include Rep. Ted Budd, who signed a letter in the days after the election asking the Justice Department to investigate voter fraud and irregularities, including “particularly in the vote counting process” — a long-standing baseless claim of those alleging a stolen election. Current candidate Rep. Mark Walker also joined most House Republicans in signing on to a lawsuit seeking to overturn the election — after his name was initially left off the list.

An early test of Republicans’ formidability in 2022 will come in 2021, when Virginia holds an open gubernatorial race. In that primary, GOP candidates have emphasized “election integrity” rather than direct claims of fraud in 2020, but they’ve also strained to avoid saying President Biden won legitimately. And one leading contender, state Sen. Amanda F. Chase, called those who stormed the Capitol on Jan. 6 “patriots” — earning a historic censure from the state Senate, including from some Republicans.

Arkansas’s 2022 gubernatorial race, meanwhile, is between Trump’s former top spokeswoman in the White House, Sarah Sanders, who has in the past defended Trump’s bogus claims of widespread fraud, and another attorney general who joined in the Supreme Court lawsuit, Leslie Rutledge.

While many of these races are only now getting off the ground, it has become evident who thinks they have a future in the near term in the GOP — especially when contrasted to the incumbents who have criticized Trump and decided that they don’t.

But many of these candidates have said, and are saying, things that even many incumbent senators and governors didn’t, leaving the GOP to figure out whether it wants these baseless claims and extremism to infect its party’s elected wing even more than it already has.

At this point, though, it’s not really putting forward much in the way of an alternative.

Breaking down the Georgia Senate runoff