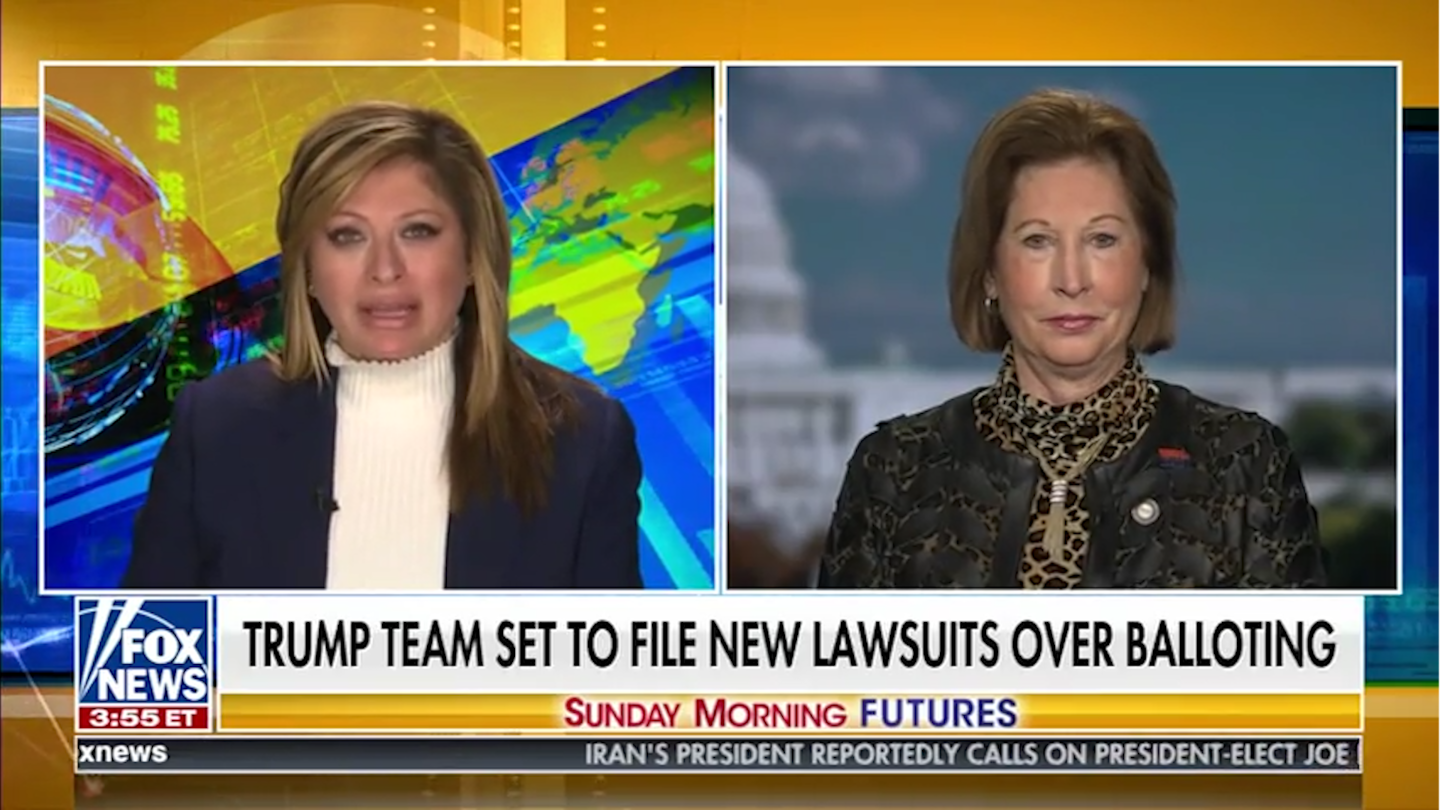 Some have done more than raise questions, though. They, like Trump and often in search of his allies’ support, have alleged actual massive fraud.

But now they’ve been asked to account for it. And crucially and increasingly, they have backed down.

The most recent example came Friday night — a time routinely used to bury bad news. In a statement, former Trump lawyer Joe diGenova apologized to Christopher Krebs, a Trump administration official who had debunked Trump’s fraud claims and whose execution diGenova had endorsed. DiGenova had said Krebs “should be drawn and quartered” and “taken out at dawn and shot.”

“On November 30, 2020, I appeared on the ‘Howie Carr Show.’ During the show, I made regrettable statements regarding Christopher Krebs, which many interpreted as a call for violence against him,” diGenova said. He added that “today I reiterate my public apology to Mr. Krebs and his family for any harm my words caused. Given today’s political climate, I should have more carefully expressed my criticism of Mr. Krebs, who was just doing his job.”

DiGenova’s apology refers to a past apology made on Newsmax’s airwaves, but back then he went even further in downplaying his comments. He maintained at the time that it was a poorly chosen joke and said that he apologized “for any misunderstanding of my intentions.”

But Krebs is hardly the first to gain key concessions after launching legal action. Over and over, some of those spouting the most vociferous claims of electoral fraud — or providing a forum for them — have been forced to back off them.

Early on came Fox News and Fox Business Network running awkward segments on shows that had featured such claims — and whose hosts were later sued, alongside Fox — with an election expert dismissing claims of wrongdoing by voting machine companies. One of the hosts, Lou Dobbs, was soon pulled off the air.

Even Trump lawyer Rudolph W. Giuliani had a disclaimer attached to his radio program, which Giuliani bristled at as if he was unaware it was coming.

Republican National Committee Chairwoman Ronna McDaniel has also acknowledged to the New York Times that she worried about legal exposure from former Trump lawyer Sidney Powell making extreme allegations about voting machines while speaking at a news conference hosted by McDaniel’s employer. McDaniel acknowledged she was “concerned it was happening in my building” and thought about “what is the liability of the RNC if these allegations are made and unfounded?”

Lastly — at least before Friday — came Powell. She, too, has been sued. But in a recent filing, her lawyer argued that “reasonable people” wouldn’t take her claims as fact and that they would understand them as political rhetoric aimed at allowing the legal system to decide such cases. This despite Powell having said that she had conclusive proof of her bizarre claims and that the proof — in her words the “Kraken” — was forthcoming. The Kraken never arrived, and now Powell’s argument is basically that she shouldn’t be expected to produce it, even with the legal process of discovery providing an ideal venue.

That’s a case in point when it comes to these claims. All told, here is a list of people who have backed off (at least somewhat) in fear of litigation: Fox, Newsmax, OAN, Giuliani’s radio host, the RNC and now two former Trump lawyers.

The dynamics in each case are unique, and tempering your comments or comments made on your platform doesn’t mean admitting to wrongdoing. But these legal cases would be a great venue in which the defendants (and potential defendants) could press their case and actually defend the things that were said. Defamation involving public figures is also a high bar, in which you don’t even need to prove that what you said was true, but merely that it wasn’t knowingly false and that it wasn’t malicious. They have overwhelmingly chosen a different path: to distance from and disown the comments.

Plenty of Trump supporters will dismiss this as a symptom of our legal system and the fact that the election is now over. What use is there in actually defending these statements in court now, given President Biden is in office?

But one of the casualties of the Trump era is how much people expect politicians and their top allies to be honest with them. Why shouldn’t Trump supporters demand that these entities put their money where their mouth is — or more accurately, was? This is their big chance to get it all out there and prove fraud!