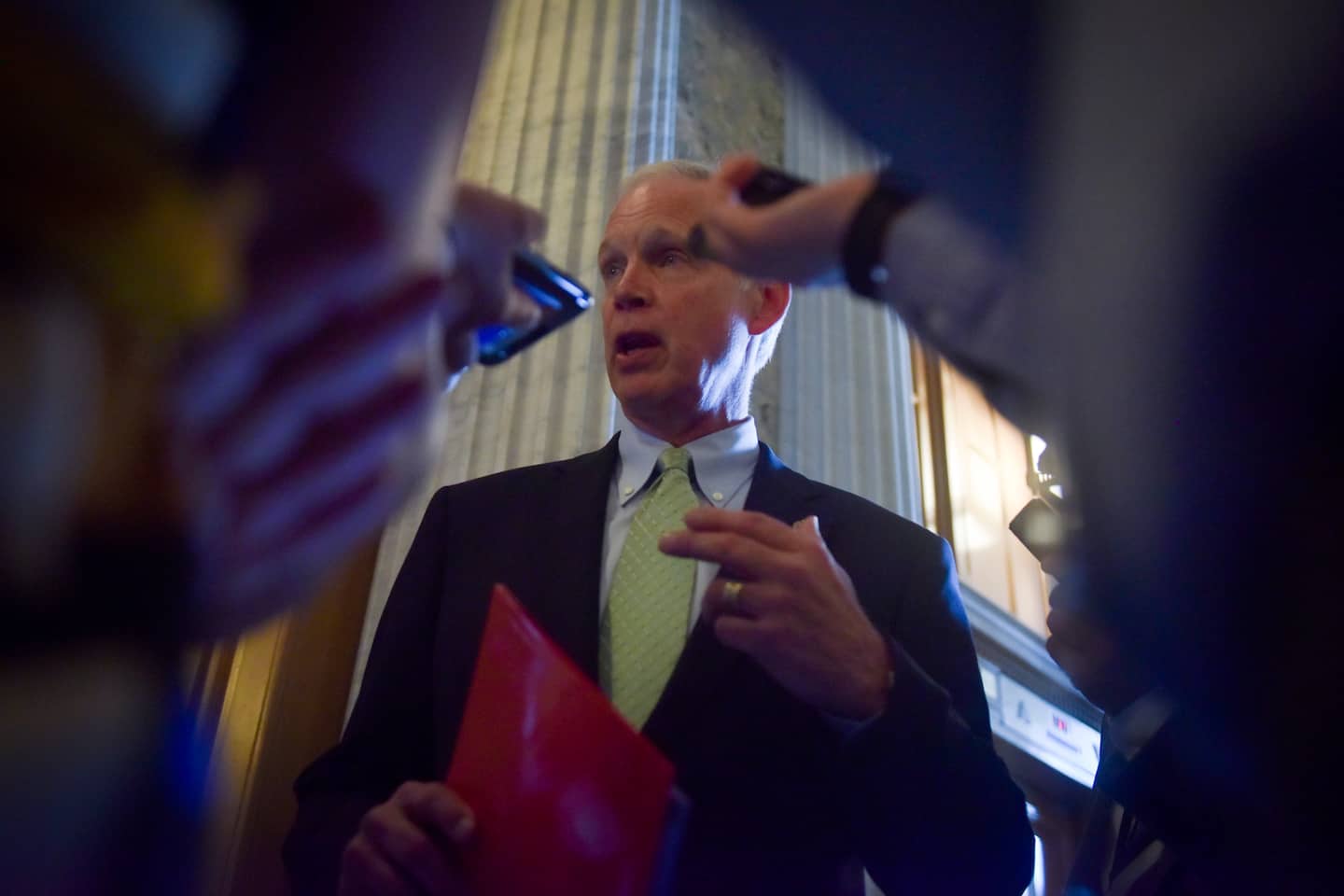 It’s a reflection of the lasting impact Trump has had on the movement, even now that he’s out of office, as well as a commentary on just how ripe the party was for such a shift. The shift just took time.

It was about eight years ago that Republicans reacted to the last presidential election they had lost — in 2012 — with an “autopsy” placing a premium on getting right on the increasing influence of Latinos in American elections and, more broadly, on immigration reform. Efforts to craft a bipartisan immigration bill had repeatedly fallen by the wayside, but the fast-increasing influence of Hispanic voters made the party worry about its ability to win future elections.

Despite that, voices cropped up in the GOP warning about the electoral impact of erring too far in that direction. Republicans might want to bring more Hispanic voters into the fold, the argument went, but allowing a path to citizenship risked creating lots of new voters who were more likely to vote Democratic — albeit over the many years it would require to apply for and obtain citizenship.

And regardless of whether it was good policy, it was valid to argue that going so far might harm the GOP over the long haul. Rather than give undocumented immigrants a path to citizenship, some said, perhaps a middle ground would be to provide a path to legal status instead. That might satisfy concerns about inaction on immigration reform but also wouldn’t bestow voting rights.

Even at the time, though, that argument wasn’t all that frequent. It was occasionally raised as a potential GOP downside of a path to citizenship, but it wasn’t tip-of-tongue, and opponents of immigration overhaul bills apparently recognized how dicey it was. Even in the 2000s, when border apprehensions were significantly higher than they are amid the current crisis, the resistance was rarely about the idea that the border crossings or a path to citizenship were particularly bad for the GOP, as much as that it would reward breaking the law.

That, though, began to shift gradually as the Trump administration wore on. Today, some elements of the conservative movement are going far beyond warning about a potential path to citizenship for undocumented immigrants and instead arguing that immigrants and refugees present a more imminent threat — not necessarily to society, but electorally.

The process was kick-started during Trump’s 2016 campaign.

In September of that year, former GOP presidential front-runner Rep. Michele Bachmann (R-Minn.) warned of an influx that would supposedly result from the election of Hillary Clinton that would spell the end of the country.

“If you look at the numbers of people who vote and who live in the country and who Barack Obama and Hillary Clinton want to bring into the country, this is the last election when we even have a chance to vote for somebody who will stand up for godly moral principles,” Bachmann said. “This is it.”

Whatever one thinks about Trump’s immigration rhetoric, his victory tamped down this talk for a time.

But by 2018, this began to morph into replacement theory — not just that undocumented immigrants, if given a path to citizenship, might vote more strongly for Democrats, but that these votes would effectively “replace” other, native-born voters.

“Of this my friends you can be sure: Your views on immigration will have zero impact and zero influence on a House dominated by Democrats who want to replace you, the American voters, with newly amnestied citizens and an ever increasing number of chain migrants,” Fox News host Laura Ingraham said shortly before the 2018 midterms.

Ingraham played a key role in bringing this argument into the mainstream. By November of the following year, she warned of the situation in Virginia.

“Virginia’s foreign-born population nearly doubled from 2000 to 2017,” she said. “And these immigrants are mostly concentrated in Northern Virginia — Fairfax County, Loudoun County, Prince William County, outside of D.C. — and they are altering the demographic makeup of the state. And, as The Washington Post and others have pointed out, the electorate.”

She added: “Since immigrants are more likely to vote Democrat, well, this of course has dragged the electorate to the left. It’s just a fact of life.”

This is around the time when, as The Post’s J.M. Rieger has documented, the idea of replacement began to take hold.

It’s an idea that has been lurking beneath the surface in the GOP for a long time, but it apparently took another Democratic president in office for it to truly take hold. This despite the fact that immigrants don’t automatically gain voting rights and that there seem to be few prospects for a true and elusive breakthrough on the kind of immigration reform that might actually presage such a thing. It also comes as the GOP is playing up Trump’s gains among Hispanic voters in the 2020 election, which were very real but apparently are not viewed as evidence, as Republicans hoped after 2012, that they can truly win over such voters over the long haul.

So many things these days have been distilled down to partisan gain rather than good government. There is a premium, in our polarized age, on arguing the other side is being unfair and gaming the system, the better to motivate your supporters and enrage your viewers. But the increasing prominence of this idea in mainstream GOP circles, even after Trump has left office and with basically no pushback among top party members, says a lot about how he has changed the party in lasting ways. Republicans were somewhat scared to say these kinds of things before, even when immigration reform was a huge issue; that fear — both of aligning with a theory espoused by racists and of alienating demographics the GOP once worried could break them — has apparently dissipated.