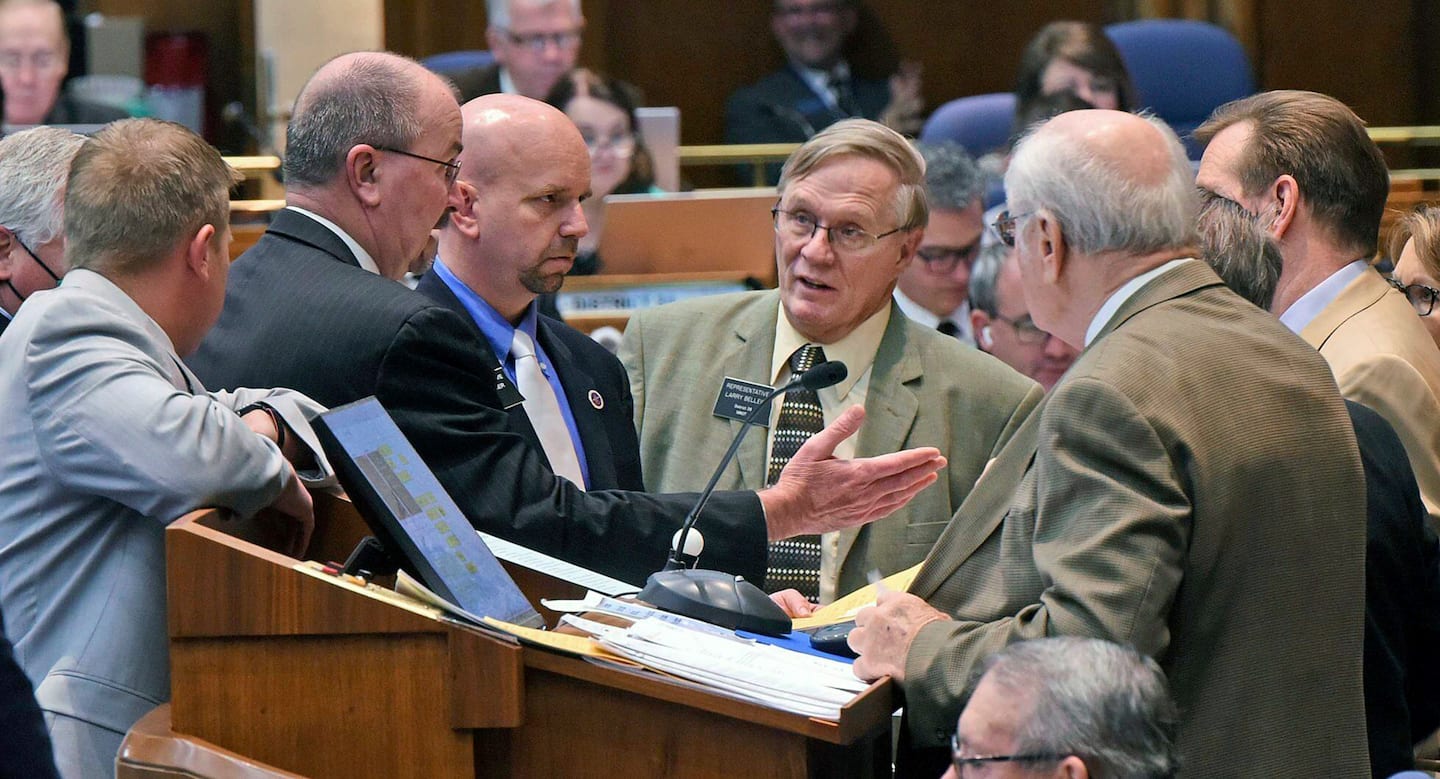 There are 27 Republican governors. Four of them have issued vetoes of bills restricting the medical care and/or sports participation of transgender youth, or attempting to constrain education on sexual orientation and gender identity.

In each case, the bills had the overwhelming and even unanimous support of GOP state lawmakers before the governor intervened. Oftentimes, the governor has labeled the bill as overly broad, with the lawmakers declining to back down and moving to thwart the veto.

The first big inflection point came in South Dakota, where Gov. Kristi L. Noem (R) last month issued a partial veto of a bill restricting the participation of transgender students in the sports of their gender identities. Despite initially indicating she would sign the bill, Noem reversed course and nixed key portions while arguing that it opened her state up to unwinnable and costly lawsuits. Particularly notably: She did so despite a rising profile in the GOP which has put her in line for a potential 2024 presidential campaign — ambitions that could be harmed by her decision.

Next came Arkansas Gov. Asa Hutchinson (R), who vetoed a bill from his state legislature that included the most far-reaching ban to date on transition-related care for transgender children. Hutchinson said he supported more narrowly banning sex reassignment surgery for children, but that the bill went too far in other areas. It took virtually all transition-related medical care off the table, including banning puberty blockers and also prohibiting doctors from providing such medical care.

This week, two other governors vetoed bills on these issues. North Dakota Gov. Doug Burgum (R) joined his fellow Dakotan, Noem, in vetoing a transgender sports bill, saying there was no reason for it because there was no evidence this has been an issue in his state. Arizona Gov. Doug Ducey (R), meanwhile, vetoed a bill restricting the ability of teachers to teach about sexual orientation, gender identity and LGBTQ history unless their students obtained express, written consent from their parents or guardians. Ducey said that the bill was too broad and vague, and that it “could lead to serious consequences,” including preventing teachers from intervening in cases of child abuse.

Many of these GOP governors have made similar arguments, not necessarily disagreeing with the aims of the bill but warning of overreach and unintended consequences.

Finally, in Alabama, Gov. Kay Ivey (R) is reviewing a transgender sports bill and could soon be faced with a decision on a medical-care bill as well. Ivey has yet to commit to signing the sports bill. Spokeswoman Gina Maiola told The Washington Post, “As with any piece of legislation that reaches the governor’s desk, she is thoroughly reviewing it.”

Thus far, the Arkansas bill is the only one in which the veto has been overridden, though there are few signs that lawmakers who support such bills are backing down in the face of rebukes from their governors.

GOP lawmakers bristled at Noem’s initial “style and form veto,” claiming she had overstepped her constitutional authority. They effectively ran out of time to deal with the issue but could take it up in the next session. (Noem did issue more limited executive orders on the subject, but conservatives have called them insufficient.)

Ducey’s veto on the LGBTQ education bill in Arizona is very unlikely to be overridden, because Republicans hold only a 16-14 majority in the state Senate there and would need Democratic votes.

The situation in North Dakota is particularly interesting. The state has an overwhelming 40-7 GOP majority in the state Senate, but 11 of 40 GOP state senators initially opposed the bill, leaving it shy of a two-thirds, veto-proof majority. When lawmakers attempted an override this week, a 12th Republican joined the opposition, sustaining the veto.

But it’s not the only state with Republicans in charge in which things have been put on hold. The 60 percent GOP Florida state Senate this week postponed a key committee hearing on a transgender sports bill that had passed in the state House. It might not take up the bill before the chamber adjourns next week, which would kill the bill.

Still, there is little indication of such resistance inside the party elsewhere, beyond the handful of governors. The sports bill in Alabama passed with all Republicans voting in favor, for instance, and many red states and especially Southern ones have huge, veto-proof GOP majorities that render any prospective vetoes moot. The sports bills have also already become law in a number of them. The medical-care bills could be more divisive and present more difficult choices — and already have — but they also have huge support among GOP lawmakers.

The fact remains, though, that some GOP governors are standing up to take what is thus far an unpopular position in their party. That’s in part a reflection of the fact that they have to actually implement the laws, as well as that they have a statewide constituency, while many GOP lawmakers come from much more conservative districts.

But when conservative governors such as them are vetoing these bills even in red states, it becomes a lot more difficult to argue that the bills aren’t as extreme as their opponents say they are.