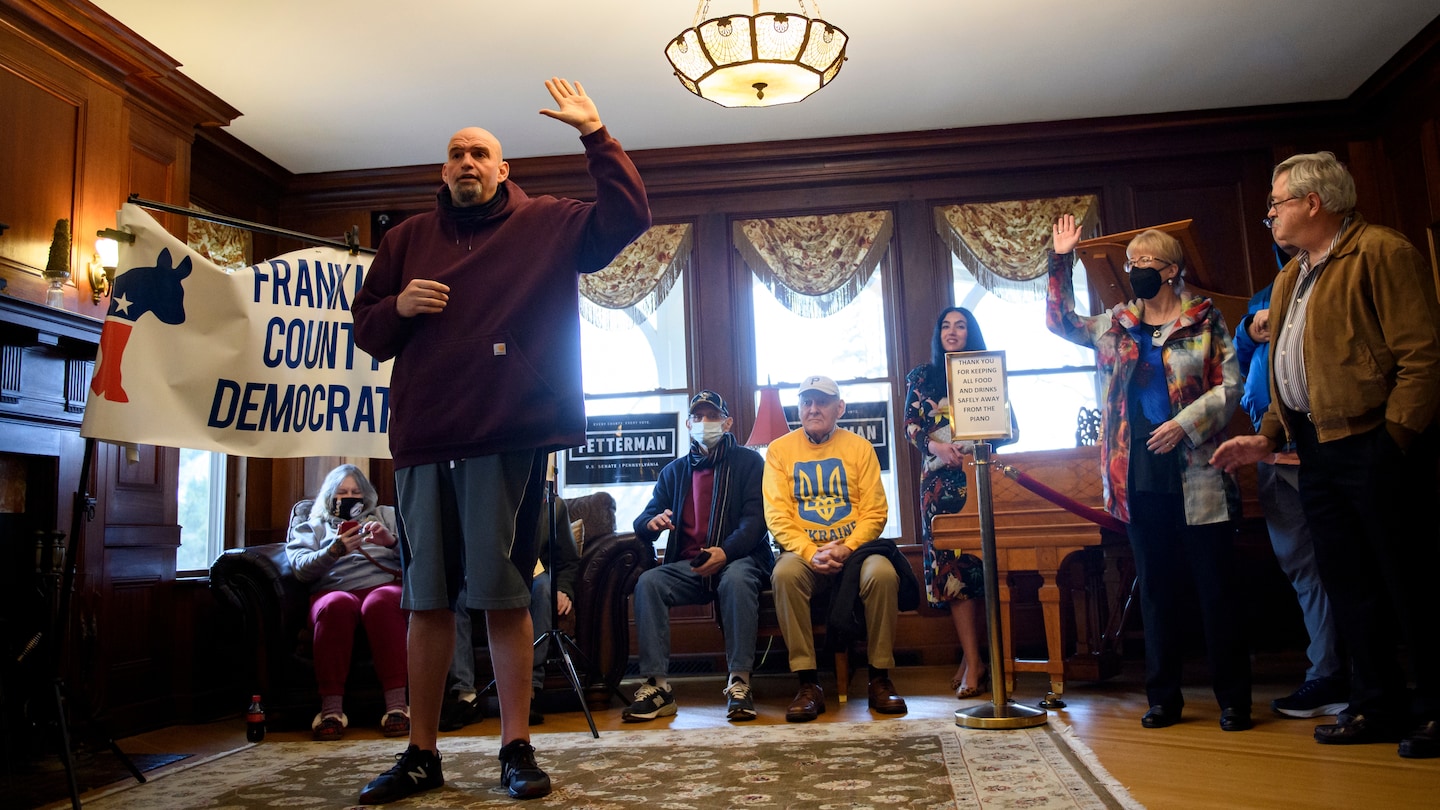 Pennsylvania Lt. Gov. John Fetterman, a leading Democratic candidate vying for the state’s open U.S. Senate seat, says he suffered a stroke on Friday but is on his way to a full recovery.

In a statement Sunday, Fetterman, 52, said he wasn’t feeling well Friday and went to the hospital to get checked out at the insistence of his wife, Gisele.

“I hadn’t been feeling well, but was so focused on the campaign that I ignored the signs and just kept going. On Friday it finally caught up with me,” Fetterman said. “I had a stroke that was caused by a clot from my heart being in an A-fib rhythm for too long. Fortunately, Gisele spotted the symptoms and got me to the hospital within minutes.”

“It’s a good reminder to listen to your body and be aware of the signs,” he said. “The good news is I’m feeling much better, and the doctors tell me I didn’t suffer any cognitive damage. I’m well on my way to a full recovery.”

On Friday, I wasn’t feeling well, so I went to the hospital to get checked out.

I didn’t want to go – I didn’t think I had to – but @giselefetterman insisted, and as usual, she was right.

The good news is I’m feeling much better + I’m well on my way to a full recovery. pic.twitter.com/WQ5X6QgQen

Fetterman did not specify when he would be released from the hospital, saying only that he needed to “take a minute, get some rest, and recover.”

Fetterman is the leading candidate in Tuesday’s Democratic primary for Pennsylvania’s open U.S. Senate seat — with Conor Lamb, a Marine Corps veteran and former prosecutor, a distant second, trailing Fetterman by as many as 39 points in some public opinion polls.

“There’s so much at stake in this race, and I’m going to be ready for the hard fight ahead,” Fetterman said. “But our campaign isn’t slowing down one bit, and we are still on track to win this primary on Tuesday, and flip this Senate seat in November.”

Lamb said he heard about the news of Fetterman’s stroke on live television Sunday, and wished Fetterman a full, fast recovery.

I just found out on live TV that Lieutenant Governor Fetterman suffered a stroke. Hayley and I are keeping John and his family in our prayers and wishing him a full and speedy recovery.

The winner of the Democratic primary race will go on to face whoever wins the Republican primary, a crowded contest that includes candidates Mehmet Oz, the celebrity doctor who has been endorsed by former president Donald Trump; businessman David McCormick; and Kathy Barnette, a leading figure in pushing to overturn Pennsylvania’s 2020 election results.

Colby Itkowitz contributed to this report.