Organic strawberries likely cause of hepatitis A outbreak in U.S., Canada 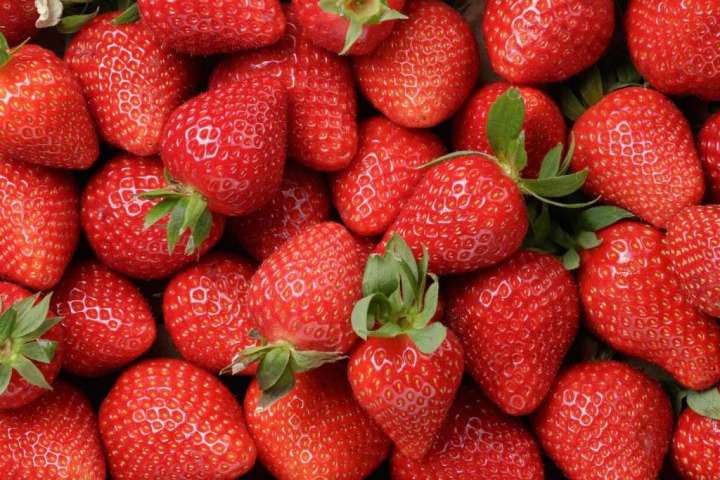 A multistate outbreak of hepatitis A infections in the United States and Canada is likely to have been sparked by contaminated organic strawberries sold in leading grocery stores, the Food and Drug Administration warned, urging customers to throw out any uneaten batches that may have been frozen for later consumption.

“Consumers, restaurants, and retailers should not sell, serve, or eat any fresh organic strawberries branded as FreshKampo or HEB if purchased between March 5, 2022, and April 25, 2022,” the FDA wrote in a statement published Saturday.

The FDA said the potentially affected fruit had been sold nationwide in at least nine popular grocery chains, including Aldi, Safeway, Trader Joe’s and Walmart, adding that the strawberries were “a likely cause of illness in this outbreak.”

“Contact your healthcare provider if you think you may have symptoms of a hepatitis A infection after eating these fresh organic strawberries, or if you believe that you have eaten these strawberries in the last two weeks,” the statement read.

Of the 17 cases reported, at least 15 were listed in California, the FDA said. At least 12 people had been hospitalized with the highly contagious virus that can cause fever, nausea, stomach pain and fatigue.

Those who reported infections in California, Minnesota and Canada said they had purchased either FreshKampo or HEB-branded berries before falling sick.

It was not immediately clear how the strawberries may have become infected. Hepatitis A is commonly contracted through the ingestion of contaminated food or water but can also be spread from person to person, according to information shared by the Centers for Disease Control and Prevention. The illness can linger for several weeks and, in rare cases, can cause liver failure and death — although that is more common in people with liver disease or those older than 50, the CDC says.

The FDA said that the investigation into the infected strawberries was ongoing and that more products may be included as part of the advisory. FreshKampo and HEB Grocery Co., based in Texas, could not be immediately reached for comment early Monday.

According to the FDA, shellfish, raw vegetables and fruit are among the food items most frequently cited as potential foodborne sources of hepatitis A in the United States. Thorough hand-washing is encouraged to reduce the risk of illness.

Produce can become contaminated with hepatitis A if it is handled by someone with the infection who has not washed their hands properly, according to Britain’s National Health Service. Washing food items in dirty water can also lead to infection.

Fruit from FreshKampo is sold in the Middle East and Europe, as well, according to the company’s website.

HEB, in a statement on its website announcing the recall, said it has not received or sold organic strawberries from the supplier under investigation since April 16 — but that anyone who has purchased organic strawberries during the FDA’s review period should throw them away or return them to the place of purchase.

“All strawberries sold at H-E-B are safe,” the statement said, noting that “no illnesses from strawberries related to the FDA investigation have been reported at H-E-B or in Texas.”

In the United States, at least 37 states have recorded more than 44,000 cases of hepatitis A since 2016, leading to at least 420 deaths. Past outbreaks have been linked to products such as raw scallops.