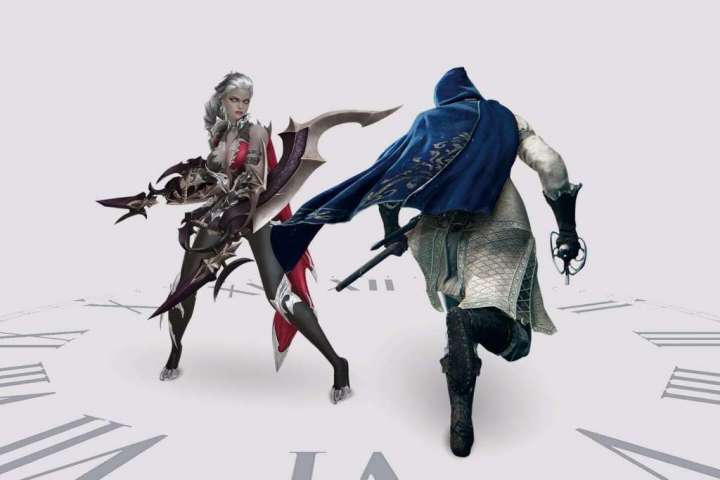 So far in 2022, two massive role-playing games have dominated the top rankings on PC games storefront Steam: “Elden Ring” and “Lost Ark.” Both involve a ton of work, the kind of role-playing games where players must sink in dozens and dozens of hours to make significant progress. They also both cater to players who seek detailed, immersive role-playing experiences. To face endgame bosses, players plan out their builds and carefully gear up. However, “Elden Ring” and “Lost Ark” have taken very different approaches in catering to that audience.

“It’s like the difference between steak and ice cream. They’re both delicious, but hard to compare!” said Zack, better known as “Asmongold,” a Twitch streamer based in Austin with roughly 3 million followers. He declined to provide his last name, citing privacy reasons. Asmongold grew his audience playing games like “World of Warcraft,” and has recently been playing both “Lost Ark” and “Elden Ring” on streams.

“There’s going to be a different audience for both games. I’ve played all the Souls games, and I’m also big into MMOs, so it’s hard to say which is more well-liked overall.”

For most players, due to each game’s massive scope and required time investment of hundreds of hours, playing both simultaneously isn’t an option. And so RPG fans have found it necessary to pick one title over the other. In so doing, gamers have defined their preferences within the genre.

“Lost Ark,” developed by Smilegate and published by Amazon, imagines a world with consistent, emblazoned signposts for players. (Amazon’s founder, Jeff Bezos, owns The Washington Post.) Guides are plastered everywhere within the game, quests helpfully recorded in a notebook, treasure chests generously handed out to new players. “Elden Ring” caused an uproar soon after its launch for not having an in-game system for tracking quests.

Unlike “Lost Ark,” “Elden Ring,” the latest entry in From Software’s challenging Souls series, enjoys being inscrutable at times. It drops players into an open field where they’re given few instructions on where to go next. A recent update added the ability to record non-playable characters’ names on the map, a feature that previously wasn’t available; you had to actually remember where they were located.

Moreover, “Elden Ring” ratchets up the difficulty to a brutal degree. From Software famously crafts its combat mechanics around precise timing, penalizing players who merely seek to button mash. “Lost Ark” features an entirely different playstyle, with the game built around enticing the players to engage regularly, day after day, rather than risk turning off players with formidable difficulty (though “Lost Ark’s” endgame boss battles can also be difficult and relentless, too).

Nick Yee, co-founder and analytics lead at Quantic Foundry, described the types of players gravitating to each game using Quantic Foundry’s gamer motivation index, which suggests different types of games based on what gamers tend to enjoy most when playing. Players are then scored and sorted into different categories based on those motivations, like Mastery, which ties to a players’ skill development, or Achievement, which is more closely linked to obtaining rewards and completing missions.

All the ‘Elden Ring’ resources you need to start off strong

“Elden Ring,” like other Souls games, poses a challenge and often demands gamers master skills like dodging on time and parrying attacks. While “Lost Ark” does offer tough endgame boss fights, it has a long storyline where progression is linear, and players move from clearly marked landmark to landmark to finish quests.

Both games involve the same kind of work, but they’re going to frustrate gamers with different motivations and experience levels. In the earliest moments of “Lost Ark,” you can choose to play through the prologue or skip it. You are told upfront what reward you will receive. A similar opening part of “Elden Ring” gives players the option of “taking the plunge” into a dark hole or walking up to a well-lit door that looks a lot safer. The plunge is the combat tutorial, granting players runes and important tips on how to fight and parry. Distrusting players tend to not take the plunge (myself included), and missed the tutorial, adding to the early game difficulty.

In a similar vein, “Elden Ring” has also been criticized for lacking accessibility options.

“The sound cues can be a bit difficult to be able to hear for blind players to be able to know when an attack is about to happen,” said Steve Saylor, an accessibility consultant and blind gamer. “There is no visual indicator for any attack that’s happening off screen. Deaf and hard of hearing players can’t hear the audio cues that an enemy is about to attack them. If they can’t see the enemy on screen, they have no idea that an enemy is about to attack them.

“We just want the same challenge and unfortunately with From Software games, at least with ‘Elden Ring,’ there’s not a lot there that can be able to help remove those disability barriers to help them be able to play.”

“Lost Ark,” which hasn’t seen the same reverence that gamers in regions like North America and Europe have shown “Elden Ring,” has its own negatives cited by detractors. “Lost Ark” has been accused of having pay-to-win mechanics, as players can spend real money to get ahead, getting in-game discounts on traveling and additional conveniences. It’s also sparked a debate over how the term “pay-to-win” should be defined and whether “World of Warcraft” (and other games with microtransactions) should also be considered paying to inch closer to final boss battles.

Fans on his social media have laughed alongside Asmongold as he critiqued “Lost Ark” for being pay-to-win. Ultimately, the fun of “Lost Ark” outweighs the negatives though, he said.

While some have criticized it as being pay-to-win, “Lost Ark” is still free to play, an advantage it enjoys over “Elden Ring” (which costs $60) in terms of player acquisition. Some players interviewed by The Post said they feared “Elden Ring’s” difficulty may prevent them from getting their money’s worth. One gamer said, “Why would I pay $60 to suffer?” Others said they simply preferred “Lost Ark’s” free-to-play structure, where they can more specifically decide if and how to spend their money in the game.

Christian Carrasco, a 27-year-old public school teacher in the Bay Area, said he initially began to research “Lost Ark” as it was being localized for Western regions and “was really hooked on the art style and fast-paced gameplay.” He noted that he disagreed with other people who might have found “Lost Ark’s” endgame boring, and that he has usually been drawn to massively multiplayer online games like “World of Warcraft” that focus on making small improvements to a character to prepare for late game boss battles.

“It’s free-to-play, so if I didn’t end up liking it, there was no risk,” Carrasco said, who added that he has played for about 700 hours and has reached item level 1402 on his main character. “Lost Ark’s progression system is very well-paced. I find myself logging in daily to complete a checklist of tasks I find enjoyable and keep my characters constantly moving toward a higher item level.”

Souls players and new fans of “Elden Ring” have had to master hard combat and find inventive ways around enemies. Meanwhile, “Lost Ark” players are rewarded for regularly engaging with the game, regardless of skill level, by logging on daily and completing in-game tasks like handing out medicine to patients.

Despite their differences, there is still one unifying factor between “Lost Ark’s” and “Elden Ring’s” audiences, whisking players to other fantasy worlds, something that appeals to one of gaming’s biggest audiences. That fact has not been lost on Asmongold.

“I’ve just tried to play both of them alongside each other to make everyone happy,” he said.