Miss Manners: My bartending friend has to wear a tuxedo to work 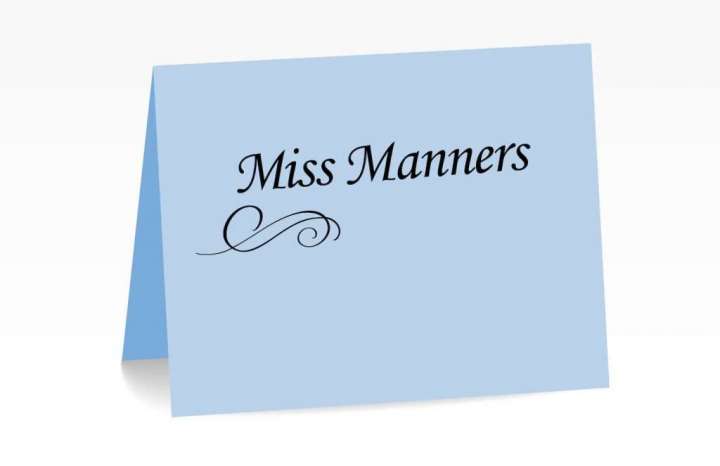 Dear Miss Manners: My dear friend has a job as a bartender and is working a lot of banquets right now. On the job, he is supposed to (and does) wear a tuxedo, even if the event is during the day. Today, he told me that he started work at 9:30 a.m., wearing his tuxedo.

Should the management ask him and his team to wear something different at events before 6 p.m.? And if so, what? What is the femme-wear equivalent for other people who work at these venues and events? Or does everyone just wear tuxedos?

What about the banquet guests: When they see the tuxedos, won’t they worry that they are underdressed? If some people are wearing formalwear, shouldn’t everybody? Do you think that situations like this erode the formal mystique of the tuxedo?

American diplomatic history contains examples of the confusion between formal clothes worn socially and those worn by service people. When court dress was expected at European state functions, Americans considered it unseemly for the representatives of a democracy, so American diplomats were instructed to wear ordinary evening clothes.

The answer is that yes, there is something strange about the similarity between the now-usual formal dress and that worn by servers. And if the men are confused, it is worse for women servers. For a long time, they were not hired for formal service at all. Later, the solution was to dress them like men, which strikes Miss Manners as demeaning — although obviously women’s formal evening clothes would be a disaster for someone handling trays.

Waiters wear black clothes for the excellent reason that they don’t show stains, an advantage also for those who attend black-tie dinners. Whether this dress code erodes what you call a mystique depends on whether you believe there is much of a mystique left after high school prom-goers and grown-up movie stars show off their bizarre interpretations of formality.

It would be nice if a dignified formal unisex uniform would be designed for service in formal restaurants. Meanwhile, should the rule barring evening clothes before dark for those out partying apply to others who are hard at work? If they are going to wear dinner suits during the day, Miss Manners is not going to burden them with having to change from the daytime equivalent — featuring cutaway coats — at sundown.

Dear Miss Manners: At what age are parents no longer responsible for paying for children’s weddings?

Many do nevertheless, for which Miss Manners hopes their children are grateful.

New Miss Manners columns are posted Monday through Saturday on washingtonpost.com/advice. You can send questions to Miss Manners at her website, missmanners.com. You can also follow her @RealMissManners.