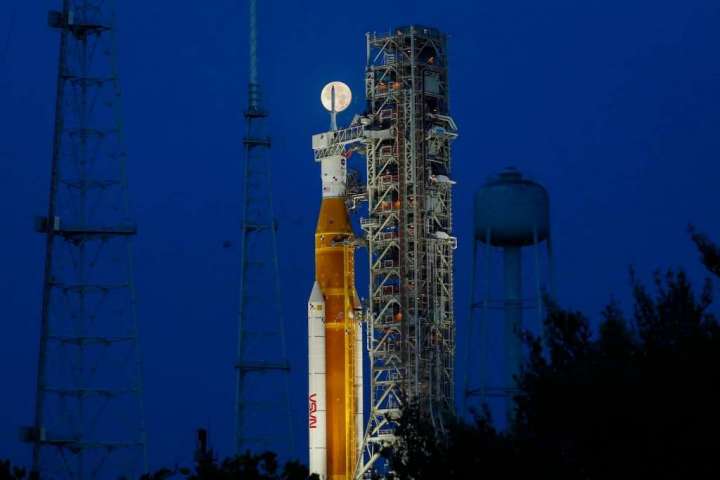 NASA will not conduct another fueling and countdown test of its moon rocket, the agency said Thursday. Instead, it will repair a hydrogen leak, then roll it back to the launchpad at the Kennedy Space Center in Florida in late August for its first launch attempt.

NASA got most of the way through the test, known as a “wet dress rehearsal,” this week, fully fueling the Space Launch System rocket’s two stages with more than 700,000 gallons of liquid oxygen and liquid hydrogen. But the simulated countdown was cut short with 29 seconds to go because of a hydrogen leak.

Still, NASA was pleased with the results. “It was a great day,” Charlie Blackwell-Thompson, the Artemis launch director, told reporters after the test. “It was a very successful day, and we accomplished a majority of the objectives that we had not completed in the prior” tests.

After the test this week, NASA officials said they were unsure whether they would need to do it again — which would have marked the fifth attempt. But on Thursday, they said they have enough data to proceed with the first-ever launch attempt of the massive SLS rocket that the agency plans to use to return astronauts to the moon.

“NASA has reviewed the data from the rehearsal and determined the testing campaign is complete,” the agency said in a statement. The agency would roll the rocket and the Orion crew capsule back into the assembly building, repair the leak and prepare the rocket and spacecraft for launch.

“NASA will set a specific target launch date after replacing hardware associated with the leak,” the agency said in the statement.

The first launch window would come between Aug. 23 and Sept. 6.

That launch, known as Artemis I, would send the Orion capsule, without any astronauts on board, in orbit around the moon. It would be followed by Artemis II, perhaps in 2024, in which four astronauts would fly in Orion around the moon but not land. The first landing could come in 2025, but that date depends on the success of the prior missions and availability of the vehicles.