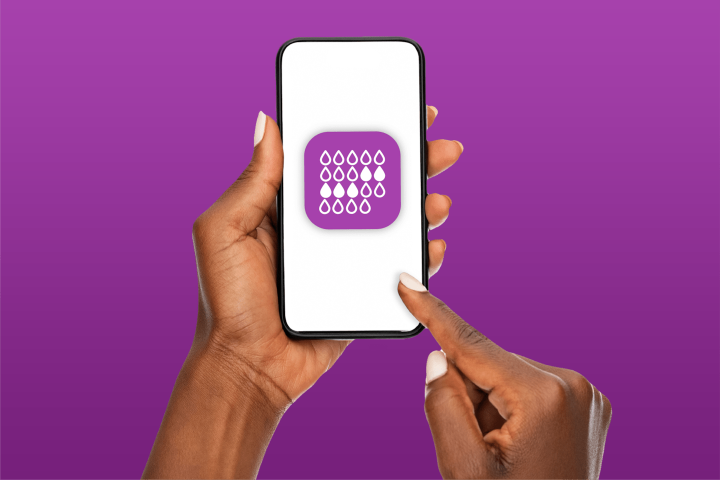 An earlier version of this article misstated that the Natural Cycles app was approved by the Food and Drug Administration. It was cleared by the FDA, not approved. The article has been corrected.

With a menstrual-tracking app, you can see when your periods and fertile days start and end. And, because these apps leave a digital trail, other people can see, too.

With 13 states poised to ban abortion after a Friday Supreme Court decision overturning the right to get one, many worry that data from period apps could become evidence of a crime. Some people are deleting the apps; others are sending data deletion requests to the companies that run them. And, while actual reproductive health data isn’t the only way law enforcement or other prying eyes could infer someone had an abortion, cutting down on personal data-sharing could become habit for women in post-Roe v. Wade America absent action from tech companies or the government to protect them.

If you want to track your menstrual cycle without sharing that information with companies, your employer or potentially law enforcement, here’s what to keep in mind, privacy and health experts say.

Your phone could reveal if you’ve had an abortion

Why you should be careful with apps

Menstrual-tracking apps help people keep tabs on their periods, ovulation and pregnancies. What they don’t always do is keep that information to themselves.

Research into the privacy practices of popular period-tracking apps has consistently raised concerns. A 2021 report from the International Digital Accountability Council (IDAC) found period trackers sending unencrypted personal information or sharing data with third parties without fully disclosing that in their privacy policies. The period app Flo got in trouble with the Federal Trade Commission (FTC) last year for “deceptive” practices around its data sharing. Flo says it now “does not share health data” with any third party. IDAC also referred the app Premom to the FTC and other regulators for alleged inconsistencies between its privacy policy and practices, said IDAC president Quentin Palfrey.

Natural Cycles, the first-ever app cleared by the Food and Drug Administration for birth control, can collect “sensitive information” linked to your identity, according to its listing in the Apple App Store.

“Protecting user data has always been a top priority for Natural Cycles and as sensitive data becomes more sensitive, we’ll continue to make sure every user’s data is safe with us. We have never — and never will — sell user data. And as we face potential legislation changes, we will be evolving our privacy policy to make sure our users are protected against unimaginable potential legal situations,” Natural Cycles co-founder and CEO Elina Berglund said in a statement.

Unlike details you share with a health-care provider, the health information you turn over to an app is not protected by the Health Insurance Portability and Accountability Act (HIPAA). That means it could end up in the hands of data brokers — who collect and sell hoards of personal data — insurers, employers and even law enforcement.

Right now, it’s incredibly difficult for people at home to evaluate the privacy of different period apps and understand where their data is flowing behind the scenes, IDAC’s Palfrey said.

There are some secure apps such as Euki, which claim to have stronger privacy protections, according to Farah Diaz-Tello, senior counsel and legal director at If/When/How, a legal advocacy organization. (Indeed, Euki says it doesn’t collect any personal or other data.) If you’re considering an app, read the privacy policies — can this app share data with “partners,” “affiliates” or “third parties?” You want apps that encrypt your data and store it on your device instead of in the cloud, if possible.

Any digital data stored on your phone could still become a liability if law enforcement obtains your device. If you’re worried about law-enforcement access to your phone in general, use a passcode instead of fingerprint or Face ID to lock it. “Users should be careful about sharing information with third-party apps that they wouldn’t want getting into the wrong hands,” Palfrey said.

Use your phone’s health app

Luckily, third-party apps aren’t the only options for tracking your cycle on a phone. Both Apple and Google have period tracking options built into their mobile health apps that tout more privacy protections than the apps sold on their app stores.

On iPhones, the Health app has basic cycle tracking that includes period and fertility predictions. It can record sensitive information about your body, including sexual activity, pregnancy test results and various symptoms. The data is encrypted. There is an option to back it up to iCloud, however, as with anything encrypted in this manner, the company does have the ability to turn data over to law enforcement unless you have two-factor authentication turned on for your Apple ID, according to Apple. You also have the option to turn off Health access in your iCloud settings, but be sure to save a copy on your phone. Apple also offers the ability to sync the data with third-party apps, but the same precautions apply here as when using any outside app.

Google doesn’t have the same kind of secure health app built in. What it does offer is Google Fit, launched in 2014, which includes options for tracking data like menstruation and ovulation test results, but Google’s privacy policy isn’t as clear on how it’s protected or used. Approach it with the same caution you would third-party apps.

Track with a spreadsheet

Somewhere between a full-featured app and piece of paper, spreadsheets that are stored on your device and don’t link to the cloud are a private option for period-tracking. Spreadsheets can include formulas that do some of the calculations for you.

Any spreadsheet where you can input the dates of the first and last day of your period should do the trick. If you’re using the sheet to track ovulation and fertility, leave room to note your temperature and body fluids, as well. Planned Parenthood has a guide for anyone new to these methods of fertility tracking, known as fertility awareness methods (FAMs).

The Internet has downloadable templates for period-tracking in Excel. The safest way to use one of these spreadsheets is to save it on your computer or phone and make it password protected so that only you can open it.

Use a digital calendar

You use online calendars to track everything else in your life, why not your period? Calendars on your computer are usually synced between multiple devices and may not be the safest place to put sensitive health information. Because they are not using data for targeted ads, they can be a step up from some apps. However, if you use one to track your period and are worried, you can use code or emoji to mark the dates. You can also turn a spreadsheet into a calendar for all the sweet formatting with a bit more security.

When in doubt, you can always track your cycle in a notebook or analog calendar, if you’re not worried about someone close to you finding it.

“The only equipment you need is a paper, pen, calendar and thermometer,” said Karen Jefferson, director of midwifery practice at the American College of Nurse-Midwives. “You can figure out all about your cycle and your periods of fertility, and nobody can take your data.”

She recommends marking the first and last day of your periods to get an idea of your average cycle over time, and even write down when you have sex and whether it’s protected.

People don’t have to turn over their phones and other devices if law enforcement asks, experts say. And those who want to talk to friends and family about their reproductive health or search the Internet for extra information can opt for encrypted messengers and privacy browsers.

Which messaging apps and browsers are most private?

If you’ve been using a period-tracking app and are concerned about it storing your data, you can submit a data deletion request. This right applies only to people who live in states with extra privacy protection, such as California, but some companies say they’ll honor these requests from people anywhere.