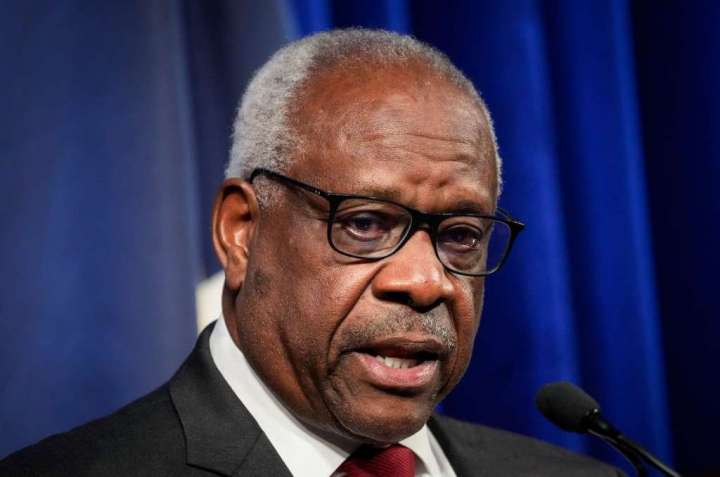 Yet one landmark Supreme Court ruling looks safe for the moment: On Monday morning, the high court said it would not hear a case challenging the 1964 New York Times v. Sullivan ruling, which helps shield media organizations from defamation claims filed by public officials.

Thomas dissented from the court’s denial of certiorari. “I would grant certiorari in this case to revisit the ‘actual malice’ standard,” he wrote. “This case is one of many showing how New York Times and its progeny have allowed media organizations and interest groups ‘to cast false aspersions on public figures with near impunity.’”

The court’s decision not to review the matter follows much speculation that it was preparing to do so: When the court declined to hear a defamation case brought by comedian Bill Cosby in 2019, Thomas used the opportunity to blast New York Times v. Sullivan. Two years later, Justice Neil M. Gorsuch signaled a willingness to review the landmark precedent. Lawyers for defamation plaintiffs began seeding their pleadings with petitions to junk the New York Times protections altogether.

Sullivan established the “actual malice” standard requiring that to prevail in a defamation action, public officials must prove that the offending party knowingly published a falsehood or acted with reckless disregard of its truth or falsity. The doctrine was later extended to public figures, a category that includes celebrities, business leaders and others. It’s a standard that protects everyone from The Post and the New York Times to Fox News to niche outlets to the Southern Poverty Law Center.

The SPLC is at the center of the case that Thomas wanted the court to review. In 2017, Coral Ridge Ministries Media sued SPLC for placing it on its “Hate Map,” which shows groups that harbor “beliefs or practices that attack or malign an entire class of people, typically for their immutable characteristics.” The group advocates for “a biblically informed view of the world” and opposes homosexuality.

An Alabama federal court dismissed Coral Ridge’s defamation claim and the U.S. Court of Appeals for the 11th Circuit affirmed that ruling. The appellate ruling nodded at the difficulty of prevailing in a defamation case as a public figure: “Regardless of the commonly understood meaning of hate group, and regardless of whether SPLC’s definition is the same, the complaint did not present any factual allegations that would allow us to infer that SPLC’s subjective state of mind was sufficiently culpable,” the ruling said.

In keeping with his previous writings on Sullivan, Thomas found common cause with the plaintiff. “SPLC’s ‘hate group’ designation lumped Coral Ridge’s Christian ministry with groups like the Ku Klux Klan and Neo-Nazis,” wrote Thomas. “It placed Coral Ridge on an interactive, online ‘Hate Map’ and caused Coral Ridge concrete financial injury by excluding it from the AmazonSmile donation program. Nonetheless, unable to satisfy the ‘almost impossible’ actual-malice standard this Court has imposed, Coral Ridge could not hold SPLC to account for what it maintains is a blatant falsehood.”

Thomas reprised some of his arguments from McKee v. Cosby, arguing that “we have never even inquired whether ‘the First or Fourteenth Amendment, as originally understood, encompasses an actual-malice standard.’”

But where was Gorsuch? A year ago, he joined Thomas in dissenting from the court’s decision not to hear Shkelzen Berisha v. Guy Lawson et al, a case in which the son of the former Albanian prime minister sued over a book alleging he was involved in an arms-trafficking scandal. “The deck seems stacked against those with traditional (and expensive) journalistic standards,” wrote Gorsuch, “and in favor of those who can disseminate the most sensational information as efficiently as possible without any particular concern for truth.” This argument — that overturning Sullivan might just combat internet disinformation — was full of holes, as the Media Law Resource Center white paper made clear. “In theory, anyone can reach everyone. In practice, almost no one does,” the report noted.

The Supreme Court’s denial of certiorari in Coral Ridge is like Tylenol for media companies, Levine said: “It’s very temporary relief.” Lawyers for public figures seeking to sue news outlets, he said, will likely continue petitioning for Supreme Court review of Sullivan in the hope that a different case, and perhaps a less volatile political backdrop, might generate the necessary four votes to take such a step.

And speaking of cases bubbling up through the system, Sarah Palin lost her case against the Times in a New York federal court in February. The proceedings showed just why the Supreme Court should leave well enough alone: Over more than a week of court testimony, Palin’s lawyers depicted shoddy and haphazard editing practices at the Times’ editorial board — but fell short of establishing that the editorialists committed anything more malicious than an epic screw-up. Palin is now appealing the case.

With his call for action on same-sex marriage and other precious American liberties, Thomas has positioned himself at the radical extreme of a Supreme Court determined to remake this country. It’s fitting, then, that he stands alone this week in calling for the dismantling of a doctrine that facilitates aggressive coverage of people like Thomas himself.