Ron DeSantis’s snub of Trump is a 2024 challenge 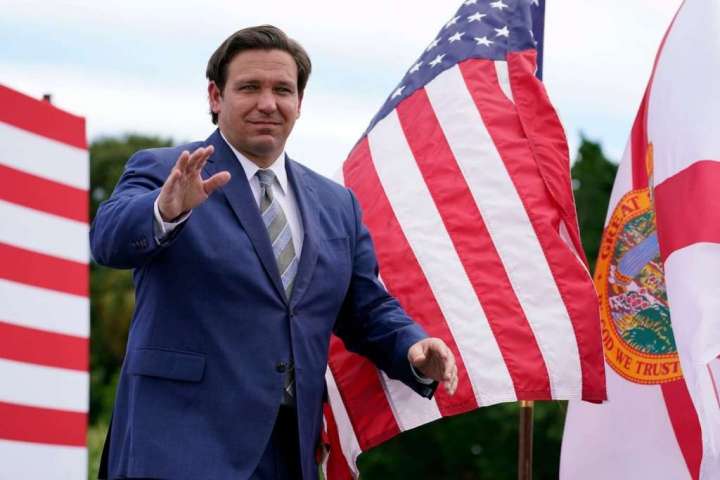 The first rule of bar fighters, so I am told, is: Always land the first punch. Unless I completely misunderstand what happened the other day, the brawl for the 2024 Republican presidential nomination began in earnest with a punch in the metaphorical mouth of former president Donald Trump, delivered by Florida Gov. Ron DeSantis.

To be clear, I do not misunderstand what happened. Because after he threw the punch, and Trump spat a mouthful of blood and a couple of teeth into his own hand and looked around in dazed disbelief, DeSantis did not deny that he had just landed a blow. His silence said: Bring it on, old man.

A June 22 story in Politico, attributed to multiple sources near the young, pugnacious governor, announced DeSantis has no intention of asking for Trump’s endorsement in his reelection campaign. (One source might be a rogue, but multiple sources is usually a strategic leak.)

Why is that a haymaker? Let me count the ways.

One: It’s an intentional humiliation of a man who hates humiliation. For all his braggadocio, Trump’s ego is a robin’s egg attached to a cinder block hanging from a thread above a candle flame. Every day, he struggles to blow enough hot air to prevent the flame from burning the thread and dropping the block on top of the egg.

Along comes DeSantis, who arguably owes his rapid rise to the man from Mar-a-Lago. DeSantis was a no-name congressman with a gutful of ambition when Trump’s endorsement propelled him to the governor’s office. DeSantis lets it be known that he no longer needs, nor wants, Trump’s blessing. The ensuing silence was the sound an egg makes under a cinder block.

The blow could not have been timed any better, because the leak was immediately followed by results from a poll of likely Republican voters in New Hampshire that shows DeSantis in a virtual tie with Trump for the party’s presidential nomination — the kind of tie that happens when a rising balloon and a falling cinder block meet briefly as they pass going in opposite directions. The previous version of the poll had shown Trump ahead of DeSantis by more than 2 to 1.

As GOP looks ahead to 2024, DeSantis builds national profile

Two: DeSantis’s punch was a declaration of independence from a man who thrives on dependence. Trump is never happier than when he is being groveled to. He surrounds himself with suck-ups and yes-men. People who need him. Trump would fly halfway across the country to promote a desperate candidate for Congress, but someone like Republican Senate leader Mitch McConnell (Ky.), an independent power, drives him crazy.

I caught a glimpse of this early in Trump’s presidency. Having noticed his inaugural address was straight from the apocalyptic mind of right-wing filmmaker Stephen K. Bannon, whom Trump added to the National Security Council despite zero qualifications, I profiled Bannon for Time magazine. When the White House learned a story was coming, I received a frantic phone call from a panicked Trump whisperer: “Please tell me his picture won’t be on the cover.” It was, and Bannon was promptly banished until he could lower his profile enough to be welcomed back into Trump’s circle.

DeSantis has served notice that he is ready to fly solo, to cast his own light rather than bask in Trump’s reflection. That’s hitting Trump where he lives.

Three: The Florida governor is attacking Trump with a more subtle version of the former president’s own tactics. Trump defeats his opponents by finding their weaknesses and hammering them. Remember the nicknames in 2016? Low-energy Jeb? Little Marco? Lyin’ Ted?

DeSantis struck first. He is savvy enough to realize Trump is surely mulling over a nickname for him. Reckless Ron? Without even saying the word, DeSantis slapped a preemptive label on Trump’s forehead: Irrelevant Donald. It will be difficult for Trump to shed.

Four (this is perhaps the most lethal aspect of the punch): DeSantis showed he works the same back alleys of power and leverage that have been Trump’s domain. He clearly figured out that the slightest overture to Trump would become a weapon to be used against him.

Trump would not endorse DeSantis in a million years, because DeSantis long ago crossed over in Trump’s mind from lackey to threat. It happened when DeSantis mastered pandemic politics, while Trump was ruined by the same challenge. This is a guy who can beat Trump at his own game.

Floridians give Ron DeSantis points for his covid stance. Will it hold?

Ambitious Republicans have two choices: Wait for Trump to die, or take him on mano a mano. Trump’s 2016 GOP opponents tiptoed around, waiting for him to implode. No one was willing to throw the first punch, knock Trump off-balance, then keep going until only one of them was standing.

Ron DeSantis, a man in a hurry, is more than willing. The brawl has begun.