In the GOP, the paranoid fringe is becoming the establishment 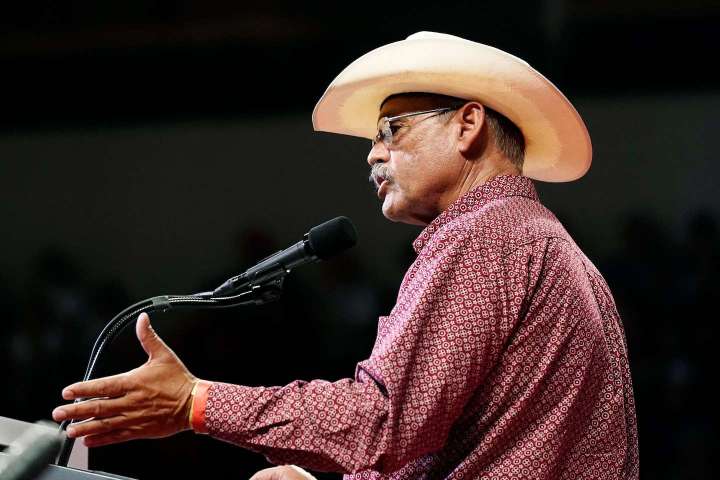 Earlier this week, Arizona’s attorney general tried to lay to rest the Trump-fueled fiction that hundreds of dead people voted in the 2020 election.

Mark Brnovich reported that, of the 282 deceased voters alleged by Cyber Ninjas, the clownish firm Republicans enlisted to do an election “audit,” only one was actually dead on Election Day. “Our agents investigated all individuals that Cyber Ninjas reported as dead, and many were very surprised to learn they were allegedly deceased,” he wrote, calling such allegations “insufficient and not corroborated.”

But Brnovich was only half right. While the dead might not be voting in large numbers in Arizona, the brain-dead are. Evidently, such voters are now a majority of the Republican primary electorate.

The day after the attorney general’s attempted debunking of the dead-voter fallacy, Brnovich lost Arizona’s Republican Senate primary to an election denier, Blake Masters. Another election denier, Kari Lake, who calls President Biden “illegitimate,” was leading in her bid for the GOP gubernatorial nomination. An election denier prevailed in the attorney general primary, too. And Arizona Republicans, by a large margin, chose as their nominee for secretary of state — the person in charge of elections — one Mark Finchem, a man who:

It was bound to happen sooner or later. After several years in which the Republican establishment admitted more and more extremists into the mainstream, the lunatic fringe has now become the establishment. With Arizona’s Republican primary voters nominating a full slate of election saboteurs, it cannot be denied that democracy is on the ballot in November.

And this isn’t just happening in Arizona. Even before Tuesday’s primaries, six election deniers had already prevailed in gubernatorial primaries this year, according to a tally by the States United Democracy Center. (This includes Doug Mastriano, GOP gubernatorial nominee in Pennsylvania, who crossed police barricades at the Capitol on Jan. 6.) Another five election deniers won primaries for attorney general, and five have advanced to general elections for secretary of state. Those numbers will grow as the primary season advances.

The Republican National Committee is working with prominent election conspiracy theorist Cleta Mitchell to coach thousands of poll workers in battleground states, Heidi Przybyla reports in Politico. As Cook Political Report election analyst Dave Wasserman notes, at least seven of the 10 House Republicans who voted to impeach former president Donald Trump over the Jan. 6 insurrection will have retired or been defeated.

In Arizona, the land of Goldwater and McCain, election deniers scored another victory against a Jan. 6 truthteller: Arizona House Speaker Russell “Rusty” Bowers, who testified to the Jan. 6 committee about his rejection of Trump’s attempts to overturn the election, lost in a primary Tuesday. Meanwhile, the state’s Republican chairwoman, Kelli Ward, has been subpoenaed by the Justice Department over her role in the fake-electors scheme. Finchem and another election denier were polling a combined 60 percent; Finchem was 16 points ahead of his nearest competitor.

That’s quite a margin for a guy who urged people to join the Oath Keepers, who claimed that satanic Marxists infiltrated government, and who alleged “a whole lot of elected officials” are “involved in a pedophile network.”

The New York Times detailed yet more madness: Jan. 6 was “a setup,” Hezbollah runs camps with Mexican drug cartels, election software “flips votes.” The Arizona Mirror reported that, at a QAnon convention in October, Finchem likened cancel culture to the Holocaust. He has already talked about contesting the results of future elections, saying there should be no concession speeches.

And this is the person Arizona Republicans think should run the state’s elections. What could possibly go wrong?