Evil Geniuses doubles down on ‘Valorant’ with women’s roster 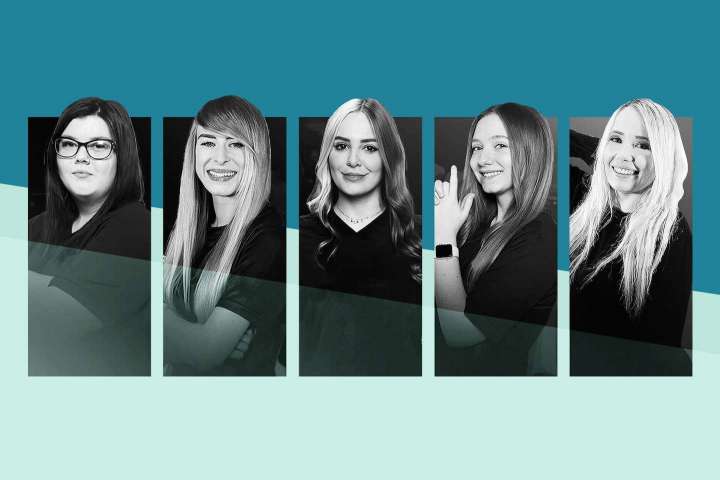 Esports organization Evil Geniuses announced its acquisition of a women’s “Valorant” team Thursday, making it the first competitive, all-women team in Evil Geniuses’ history. The new team, which was previously Dignitas’s “Valorant” squad, will formally debut as an Evil Geniuses squad on Aug. 6 at the 2022 Astral Clash Finals in Los Angeles.

“We are lucky to have an authentic position in the women’s esports space,” Evil Geniuses CEO Nicole LaPointe Jameson said in an interview with The Washington Post. “The CEO of EG is a woman, over fifty percent of our managers and above such as directors, VPs and C-levels are also women.”

From 2019: These women are fighting back against online toxicity in games and esports

Many prominent esports organizations have been quietly leaving the “Valorant” scene in what has been described as a mass exodus, citing mounting expenses and the brutally rigorous partnership process. Dozens of esports companies have been vying for the handful of available spots in Riot Games’ overhauled “Valorant” leagues.

“Riot’s been a great partner to us on all of our titles,” LaPointe Jameson said. “They have been really great, I think for all participants actually, at transparency, evaluating the milestones, the needs. We’ve been really happy with this process as a whole.”

LaPointe Jameson is also interested in helping build the “Valorant” scene from the ground up, particularly for underrepresented groups in esports such as women. Notably, Evil Geniuses’ first Valorant team initially debuted as a mixed gender team led by Chi, who was playing as team captain at the time. Since then, the roster has been revamped; all of its current members are male.

Inside the race to compete in ‘Valorant,’ the ‘next big esport’

EG Valorant will be put in what the organization describes as an athletics program rather than a gaming one. In lieu of putting its players in a team house, Evil Geniuses will base EG Valorant out of the company’s Los Angeles facility where they’ll have access to subsidized housing, physical fitness conditioning, nutrition and data-driven training.

Evil Geniuses’ first priority with the team will be getting to know them, which LaPointe Jameson said is essential to victory. “Valorant” players in both of Evil Geniuses’ teams receive a personalized assessment to identify areas for growth. That could be anything from more in-depth training for a player’s team role, improving intrapersonal communication or confidence building programs. Once that is done, Evil Geniuses has its sights set for the top.

“We will set reasonable milestones for placement,” LaPointe Jameson said. “But we won’t be satisfied until we’re number one in the league.”