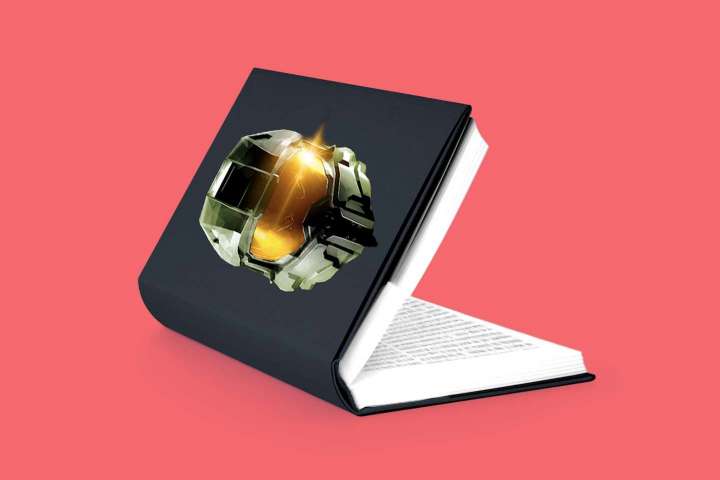 Once upon a time — in the early 2000s — novels based on video games were a nascent but quickly growing trend. The New York Times best-selling science fiction author William Dietz had a hand in that: In 2003, his publisher approached him about writing a novelization of the landmark video game, “Halo: Combat Evolved.” It was his first time writing a novel based on a video game.

“I had to learn the game, master it and write the book — all in three months,” Dietz said with a laugh. “It was kind of crazy.”

But the result, “Halo: The Flood,” was a rousing success, going on to sell more than 1 million copies and, along with Eric Nylund’s 2001 book “Halo: The Fall of Reach,” helped kick-start a major surge in video game novels. Soon, the term “transmedia” — telling a story across multiple platforms — emerged as a major buzzword throughout the publishing industry, and it became standard fare for Triple-A game releases to feature an accompanying book series.

“Some people take a dim view of tie-in books as being uncool,” said Dietz, who went on to write novels based on other video game series including Mass Effect, Hitman and Resistance. “But I think they’re a lot of fun — and I’m still proud of them.”

In recent years, streaming platforms have jumped on the transmedia bandwagon, adapting video game IPs at a rapid pace. This year saw the release of Paramount Plus’s “Halo” and Netflix’s “Resident Evil” series, and plans are in place to produce shows based on Assassin’s Creed, Fallout, God of War and The Last of Us, among others.

But while video game IPs are seemingly hotter than ever, literary tie-ins — which had become so common over the past 20 years — face a more uncertain future: Authors say the number of video game novels has noticeably declined.

“It’s a diminishing market,” Dietz said, adding that it has been many years since he has received an offer to write one.

Part of the problem, he said, is that people are reading less: Despite the publishing industry enjoying record profits during the pandemic, Dietz cites a Gallup poll from earlier in 2022 that found Americans are reading two or three fewer books per year than they were between 2001 and 2016.

Author Brian Evenson, who has written a number of video game tie-ins throughout his career, has also noticed a decline.

“In those early days — the Halo days — there were just so many video game novels, and that has certainly slowed down,” he said. Evensen also noted he has been particularly surprised that narrative-heavy franchises like The Last of Us and Red Dead Redemption have opted not to pursue tie-in novels.

For Kari Snyder, a digital media professor at the University of Houston who specializes in transmedia, the shifting emphasis toward TV adaptations is a logical next step for video game IPs and reflective of how people are consuming media.

“When we simply look at trends in communications, video is skyrocketing, and everything is leaning toward that,” she said. “The reason that streaming is the pick of choice is purely because the audience has moved there.”

Book publishing and video games always made for strange bedfellows, according to Eric Raab, a former senior editor at Tor books who later worked for Bungie, the original developer of Halo. In the early 2000s, he said, many publishing executives, notoriously old-school and traditional, dismissed video games as a niche hobby. Meanwhile, game designers — many without dedicated writers on staff — often treated plot and world building as secondary aspects of the development process.

“But after the success of the Halo books, one thing we all understood was that this had a lot of potential,” Raab said.

Each project, however, proved to be a significant gamble, and Raab points to “Perfect Dark Zero,” a 2005 launch title for the Xbox 360, as one that didn’t pay off. Hoping to replicate the success of Halo and its accompanying novels, Microsoft signed a multi-book deal with Tor, one of the most prominent science fiction and fantasy imprints, and brought on award-winning author Greg Rucka to helm the project. But when the game released to modest reviews and underwhelming sales, the book series fizzled out.

Since plots often were finalized in the later stages of a game’s development cycle, novels had to be written quickly afterward to coincide with their release and “ride the advertising from the video game,” Raab explained. “It was a lot of work, and you simply never knew when a game would take off or not.”

According to Mat Piscatella, a video game industry analyst at research firm NPD Group, video games historically have been difficult to license across other forms of media, including books, because of the unpredictability of its market. Unlike Star Wars — a franchise that seems to enjoy perpetual success across all of its licensed media — and other well-known IPs in TV and film, modern video games regularly fade in and out of popularity, sometimes suddenly.

“You’re placing a bet that when a particular game comes out, it’ll generate enough interest to make your novel work,” Piscatella said. “You can have the best IP in the world, but if you miss on just one game, everything could go kaput.”

He cites the Dead Space series as a notable example: When the third game in the series received mediocre reviews, the franchise quickly lost momentum, and its corresponding book series dried up.

The sudden dip in popularity caught Evenson, who authored two of the Dead Space novels, by surprise.

“Dead Space games were pretty groundbreaking, and it was a pleasure to write those books,” he said. “But then it just sort of … disappeared.”

It’s not all doom and gloom for video game literature. Although the volume of tie-in novels has slowed down, some of the more established gaming franchises, including Halo and Gears of War, continue to release new books. In fact, a recent NPD study shows that Halo is one of the top-selling book licenses in the second quarter of this year — the only video game IP in the top 10. Author Kelly Gay, who wrote the recently published “Halo: The Rubicon Protocol,” credits the game’s lasting literary success to the IP’s long-term commitment to novelizations and world building.

“There’s so much content and depth to it at this point,” she said. “It makes you feel like this is a universe that could possibly exist.”

Additionally, Blizzard Entertainment created its own publishing division in 2016 (Evenson contributed to a Diablo short-story collection due out in the fall). And outside of Triple-A titles, the meteoric rise of self-publishing in recent years has helped some smaller game developers pursue literary tie-ins: The designers of the indie horror game “Five Nights at Freddie’s,” for example, released a self-published novel based on the game in 2015, prompting publishing company Scholastic to later release two sequels.

But the rise of online, multiplayer games, such as “Fortnite” and “Roblox” — where gamers essentially create their own stories — has added new complications to the already precarious publishing pipeline in recent years.

“These massively multiplayer games could have hundreds of millions of registered players, but they don’t focus on a unifying plot or a single character, like Master Chief,” Dietz said. “That makes tie-ins quite difficult to produce — and, to my knowledge, there have been no ‘Fortnite’ novels as of yet.”

But single-player narratives with deep, fleshed-out worlds may be due for a resurgence. Piscatella points to the surprising success of “Elden Ring” — in which “A Game of Thrones” author George R.R. Martin contributed to its lore — as a sign that the literary world could still play an important role in gaming’s future.

“There will be a lot of lessons from that game, and one of them will be this: Your world building needs to be super sharp, polished, and have a guiding narrative,” he said. “And who better to tell those types of stories than real storytellers, right?”

As for Evenson, he is optimistic game developers will see the value that literature could bring to new franchises, and that the success of recent TV adaptations could even breathe new life into tie-in novels. He notes that each type of media — whether a game, book, or TV show — can bring different elements to the table, and he is hopeful certain individuals within gaming will step up and recognize these opportunities from the outset when conceiving new IPs.

“We’ve seen it done piecemeal, always after the fact,” he said. “The game is great, so let’s quickly make a novel or TV show. But we’re going to reach a point where people will be creating all of these things at once — and it could very well change the whole way we think about narrative. The potential here, I believe, is still enormous.”