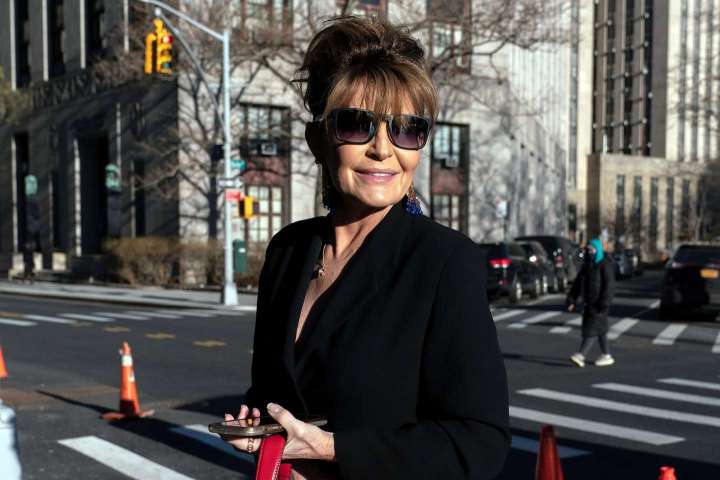 Fourteen years after Republicans nominated Sarah Palin to succeed Dick Cheney as vice president, Palin attempted a political comeback in her home state of Alaska, while Cheney’s daughter Rep. Liz Cheney (R-Wyo.) was cast out in an overwhelming rebuke by her home state of Wyoming.

While the results in Alaska are still being counted and will take days or weeks, here are some early takeaways from Tuesday’s elections in those two states.

1. A dismal showing for impeachment-backing Republicans

It was known going into Tuesday that Cheney was likely a goner in Wyoming’s Republican primary. Cheney has cemented her status as Donald Trump’s highest-profile GOP critic, a stand she embraced even though her state delivered 70 percent of its votes to Trump in 2020 — his widest margin in the country. Cheney owned her Trump criticism despite losing her position as the No. 3 House Republican leader and jeopardizing her political career as a result.

In the end, it wasn’t even close. The latest results show she trailed Trump-backed Harriet Hageman by a margin of 66 percent to 29 percent, with 99 percent of expected votes counted.

It was the most lopsided loss for one of the 10 House Republicans who voted to impeach Trump. And it underscored the high risk that each of the impeachment backers took with their vote.

Of the 10 who voted to impeach, four opted not to seek reelection. And of the six who ran again, just two of them have now advanced to the general election — both via unusual top-two primary systems in California and Washington state. In the states holding a traditional partisan primary, the impeachment backers lost, taking an average of just 34 percent of the vote and losing by an average of 23 points.

Cheney is the second to lose by more than a 2-to-1 margin, after Rep. Tom Rice (R-S.C.), but her margin of defeat was the largest. (Rice lost by more than 27 points.) And turnout in Wyoming was very high, suggesting voters were quite keen to send Cheney a message.

It’s unusual for four members to lose a primary in any election cycle for any reason — apart from their districts being significantly redrawn in redistricting and/or facing a fellow incumbent — making clear just how much this vote cost the members who cast it.

Some Republicans have survived voting to remove Trump from office — a list that could come to include someone else on the ballot Tuesday — but the overarching message of the 2022 primaries is that crossing Trump is a recipe for sacrificing your political career in today’s GOP. And with legal scrutiny of Trump increasing, that’s a timely message for the former president.

Even as Cheney’s political career was coming to an end — at least for now — the lone Senate Republican who voted to convict Trump at his impeachment trial and sought reelection in 2022 appeared as though hers might be salvaged.

As expected, Sen. Lisa Murkowski (R-Alaska) was one of four candidates to advance to the ranked-choice general election alongside Trump-backed Kelly Tshibaka. And notably, Murkowski actually held a narrow lead — something that, if it holds up, will augur well for her chances of survival in November.

With 68 percent of expected votes counted in the Alaska’s Senate primary, Murkowski led Tshibaka 44 to 40 percent.

Much of the vote has yet to be counted, which will take some time, but it stands to reason that the first votes counted would be more favorable to Tshibaka than the others, given that Election Day votes are counted first, and Trump-backed candidates tend to do better with them. Murkowski appeared to rally Democratic support, with the highest Democratic vote-getter, Patricia Chesbro, taking just 6 percent of the vote — suggesting that Murkowski is likely to be the first choice for the vast majority of Democrats come November.

Pollsters have sought to simulate Alaska’s new ranked-choice system in a general election involving Murkowski, Tshibaka and Chesbro, and it has shown Murkowski gaining ground in the general election. One July poll showed Murkowski trailing by eight in the initial matchup but defeating Tshibaka by four points once the race was whittled down to two candidates, as it will be under the state’s complex process.

At the same time, that poll showed Chesbro as more of a contender, taking 17 percent — which, together with Tuesday’s results so far, suggests Murkowski might already have consolidated Democratic support to a large degree; she might not gain as much between now and November. But if she continues to show a lead after the primary, that would be a very good sign.

Were Murkowski to survive, she would join Reps. David G. Valadao (R-Calif.) and Dan Newhouse (R-Wash.) in voting against Trump during impeachment and surviving in 2022. But each of them will have survived in states with unusual processes intended to favor more moderate candidates — a significant caveat when it comes to how the GOP proceeds with Trump.

With two-thirds of expected votes counted in the special election for the House seat of the late congressman Don Young (R-Alaska), former Alaska governor and GOP vice-presidential nominee Palin surprisingly trailed a Democrat, Mary Peltola, 38 percent to 32 percent. The other front-running Republican, Nick Begich, was at 29 percent.

Where this goes from here, nobody knows. But Peltola far outperformed the primary results in June, in which she took just 10 percent of the vote. She appeared to benefit from the decision of independent/Democratic-aligned Al Gross to drop out of the race after the primary, making it a three-candidate contest with two Republicans and a Democrat. But even accounting for that, Peltola’s showing is strong.

The question from here is what that means as the ranked-choice votes are tallied — a complex process that could take two weeks. It all boils down to voters’ second choices Begich is likely to benefit from being the second choice of many voters for both Peltola and Palin, given that Palin has appealed more to the extremes of the GOP. But Peltola might benefit from being Begich voters’ second choice, given that those voters opted not to go with the big-name, well-known quantity in Palin.

It’s way too early to say. But it doesn’t seem out of the question that Peltola could win. As things stand, she would need to take fewer than half of Begich’s second-choice voters. Of course, that would mean that of the voters who ranked a Republican first, a sizable number would have had to pick a Democrat over a Republican as their second choice. And Begich trails Palin by just three points, meaning he could plausibly shoot from third place to first. Many first-choice votes have yet to come in, meaning the picture could shift substantially.

All three candidates will also advance to the November election for a full term. Tuesday’s primary results for that election were similar.